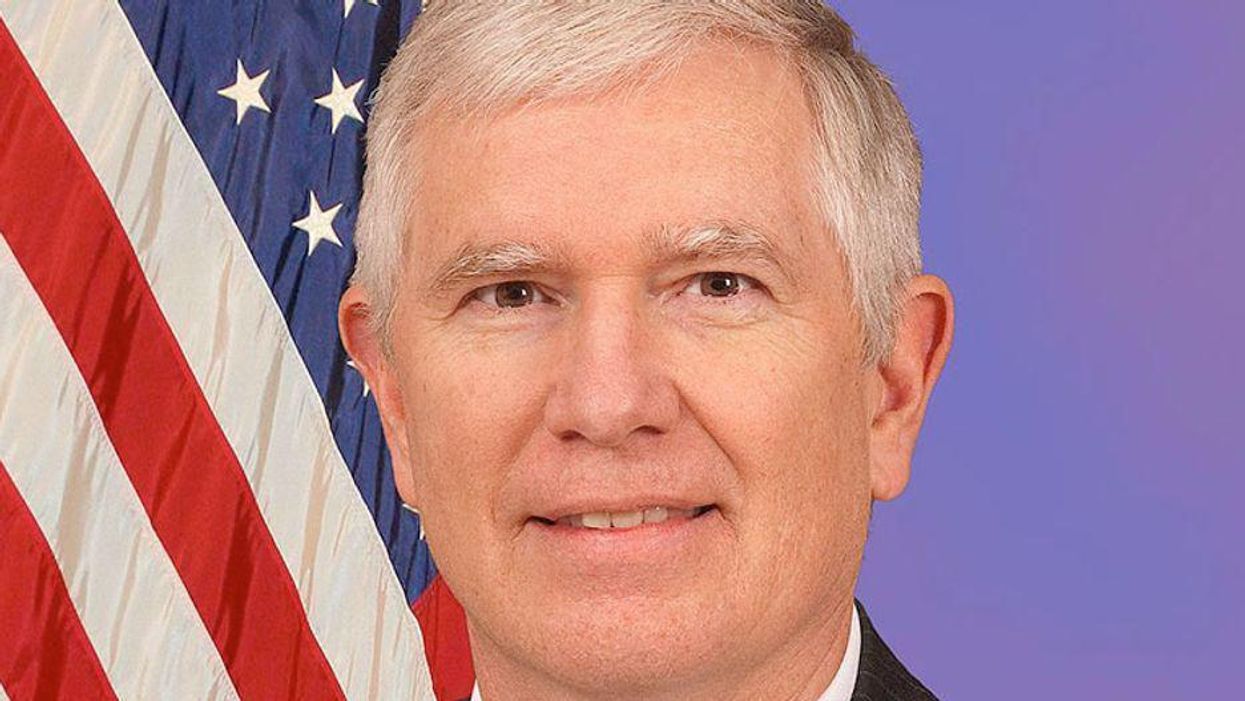 As law enforcement was working to defuse a bomb threat outside the Library of Congress in Washington, D.C., on Thursday afternoon, Alabama Republican Rep. Mo Brooks shared an incendiary statement that seemed to express sympathy for the suspect.

U.S. Capitol Police identified the suspect as Floyd Roy Roseberry, a North Carolina man, when he was taken into custody around the time of Brooks' statement. The situation began when the man identified as Roseberry parked his truck on the sidewalk in front of the building and began issuing threats, claiming to have a bomb and explosive materials. Social media videos appeared to show Roseberry at the location with a potentially explosive device, making direct threats to President Joe Biden.

Facebook appeared to take down the page where the video was stream during the hours-long standoff with police, but multiple reports detailed the information it contained. It showed Roseberry as a Trump supporter demanding that Democrats "step down," according to the Daily Beast, and previous videos reportedly showed him protesting Biden's 2020 victory.

"The revolution's on. It's here, it's today," he said. He tried to claim that his actions had "nothing to do with politics," the Beast reported, adding that, "I don't care if Donald Trump ever become president again." But he also said at one point that he thinks Trump will be reinstated and said: " I think y'all Democrats need to step down." He hoped to get a pardon from Trump.

"When this bomb goes off there's gonna be four more right behind it, and then the patriots are gonna come, because you don't know where them four are sitting one of them might be sitting at your backdoor—better, better talk to me, Joe," he said at one point, referring to President Joe Biden, who he appeared to be speaking to throughout the rambling videos.

The man expressed anger about the chaos in Afghanistan and said he was "taking a stand" for the people there as well as "the American people."

Brooks, who is facing a lawsuit for his role in riling up the crowd on Jan. 6 that evolved into the riot at the U.S. Capitol, seemed in his statement to see the man as an ideological compatriot, even while expressing uncertainty about the situation and his tactics.

'Im aware of the Capitol bomb threat. I'm monitoring the situation. I am in Alabama. My Washington staff is accounted for and safe. I pray for the safety of Capitol Police and first responders on the scene in Washington. Sadly, violence and threats of violence targeting America's political institutions are far too common. Although this terrorist's motivation is not yet publicly known, and generally speaking, I understand citizenry anger directed at dictatorial Socialism and its threat to liberty, freedom and the very fabric of American society. The way to stop Socialism's march is for patriotic Americans to fight back in the 2022 and 2024 elections. I strongly encourage patriotic Americans to do exactly that more so than ever before. Bluntly stated, America's future is at risk. [emphasis added]

He offered no condemnation of the threat, and instead suggested that the man's grievances were justified. Even though he implied that electoral politics are a superior tactic for opposing "dictatorial Socialism" than the bomb threat, it's easy to see how a right-wing terrorist could see Brooks' statement as a virtual endorsement of their position.