'She’s very brazenly doubling down': Kyrsten Sinema appears impervious to 'pressure' from the left — here's why 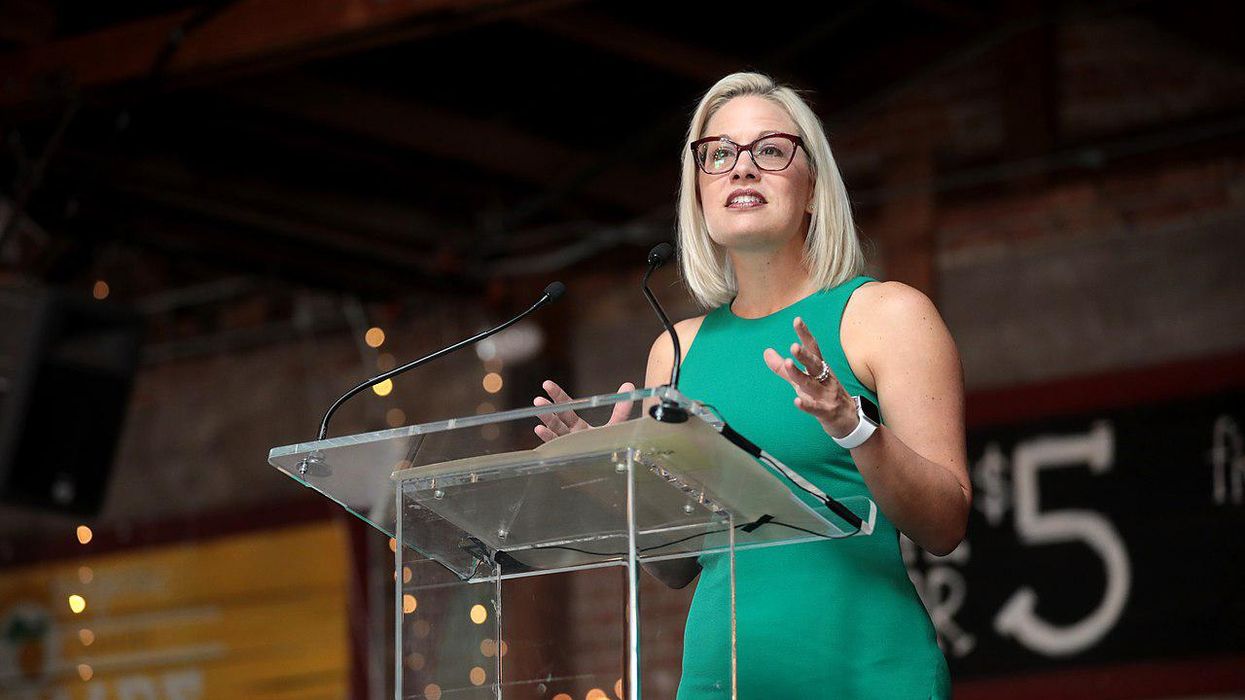 During the Biden era, Sen. Kyrsten Sinema of Arizona has become one of the centrist Democrats who — along with Sen. Joe Manchin of West Virginia — frustrates the progressive wing of her party the most. Progressive Democrats, this summer, have been trying to turn up the heat on Sinema. But journalist Sam Brodey, in an article published by the Daily Beast on August 30, stresses that efforts to pressure Sinema aren't working. And he offers some reasons why.

"Since Democrats took control of Washington in January," Brodey explains, "Sinema — a key swing vote in the evenly split Senate — has been the target of a number of progressive advocacy campaigns, backed by millions of dollars in TV and digital ads meant to galvanize calls and letters to her office. In recent months, the senator has been flooded with calls to support voting rights legislation, labor organizing legislation, a $15 minimum wage, a multi-trillion-dollar economic package, and most crucially, reforms to the filibuster, the Senate's 60-vote threshold for passing bills. Since June, nearly 50 people have been arrested during protests at her Phoenix office, including the Rev. Jesse Jackson. Through it all, Sinema hasn't budged, especially on the filibuster."

Marquez told the Beast, "She doubles down. She's very brazenly doubling down."

Another progressive who is frustrated with Sinema and sees her as doubling down on her centrism is the Just Democracy Coalition's Channel Powe.

Powe told the Beast, "Kyrsten is fierce, and she'll do anything to win…. If anything means transforming her values, that's what has taken place. We're going to have to pressure her, go through the process. But she's not gonna move."

Some progressives are floating the idea of giving Sinema a Democratic primary challenge from the left in 2024, when she will be up for reelection. But not all liberals think that's a good idea given Arizona's political makeup. For many years, Arizona was a deep red state and was synonymous with the conservative politics of Sen. Barry Goldwater and Sen. John McCain. Sinema, in fact, often exalts the late Sen. McCain as her hero.

In recent years, Arizona has become a swing state. President Joe Biden won Arizona in 2020, and the state now has two Democratic U.S. senators: Sinema and Sen. Mark Kelly. But Arizona still has a hard-right Republican governor, Doug Ducey, and it hasn't turned into a deep blue state like Massachusetts, Vermont or California.

While progressives are expressing frustration with Sinema, she fares much better among independents, fellow centrists and Never Trump conservatives. Sinema was instrumental in working out a recent infrastructure deal with Senate Republicans, and she has had a friendly rapport with the McCain family, including Meghan McCain.

When Sinema appeared on ABC's "The View" in early August, McCain praised her — saying, "I think you represent Arizona in an incredible way. I think you're a perfect person to represent Arizona. I just think that you're an independent thinker…. Arizonans are really hard to pin down."

Sue Baird, a Democratic activist in Arizona, is frustrated with Sinema but has doubts that someone who is more progressive could defeat a Republican nominee in Arizona's 2024 U.S. Senate race.

Brodey explains, "Some Arizona liberals, like Baird, remain skeptical that a progressive Democrat could win statewide — she quipped that the state is 'blue on the outside, red on the inside.' And that's one reason to be cautious of how far Sinema could really be moved."