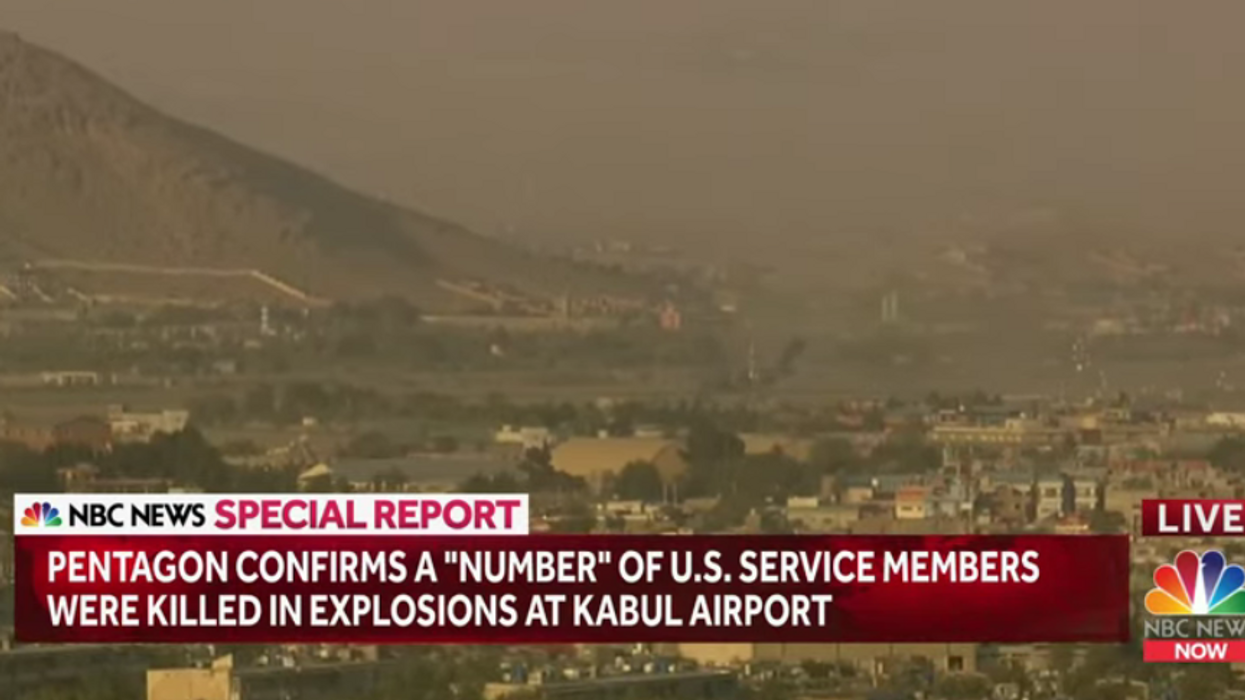 The airport explosion in Kabul has claimed the lives of four U.S. Marines and left at least three U.S. troops wounded, according to The Wall Street Journal. The publication reportedly received intel from an official with knowledge of a recent briefing between the U.S. ambassador in Kabul and his staff.

In addition to the troops, witnesses have revealed many Afghans were among the fatalities. Those individuals have been identified as Afghans who "assisted U.S.-led coalition efforts and feared persecution by the Taliban."

The explosion comes after repeated warnings from Western governments urging citizens not to go near the airport due to the heightened risk of an attack by the Islamic state. After the explosions began, the U.S. Embassy urged all Americans to move away from the airport entrances immediately.

A total of two blasts were reported: one at the Abbey Gate of the Kabul airport and another near the Baron Hotel, which sits adjacent to the airport. The Wall Street Journal has managed to obtain multiple accounts from Afghans who are still there trying to evacuate as soon as possible.

"A lot of people got hurt. I helped a little girl. I think she died," said one Afghan man who has made repeated attempts to get through the airport to board one of the evacuation airplanes.

Another Afghan man said, "the explosion there occurred in the middle of thousands of people" and "he saw many maimed, bloodied people being brought out and was told of many fatalities."

Following the explosion, Kabul's Emergency Hospital received an influx of patients: approximately 30 victims injured and a total of six that were dead upon arrival.

"Airlift opportunities began disappearing amid warnings of an imminent terrorist attack, and as the U.S. began winding down operations in Kabul ahead of the Aug. 31 withdrawal deadline," the publication wrote. "Desperate Afghans and foreign citizens still tried to reach Kabul's international airport but on Thursday morning found the roads blocked by Taliban checkpoints."