Why America needs union workers to rebuild the nation’s infrastructure 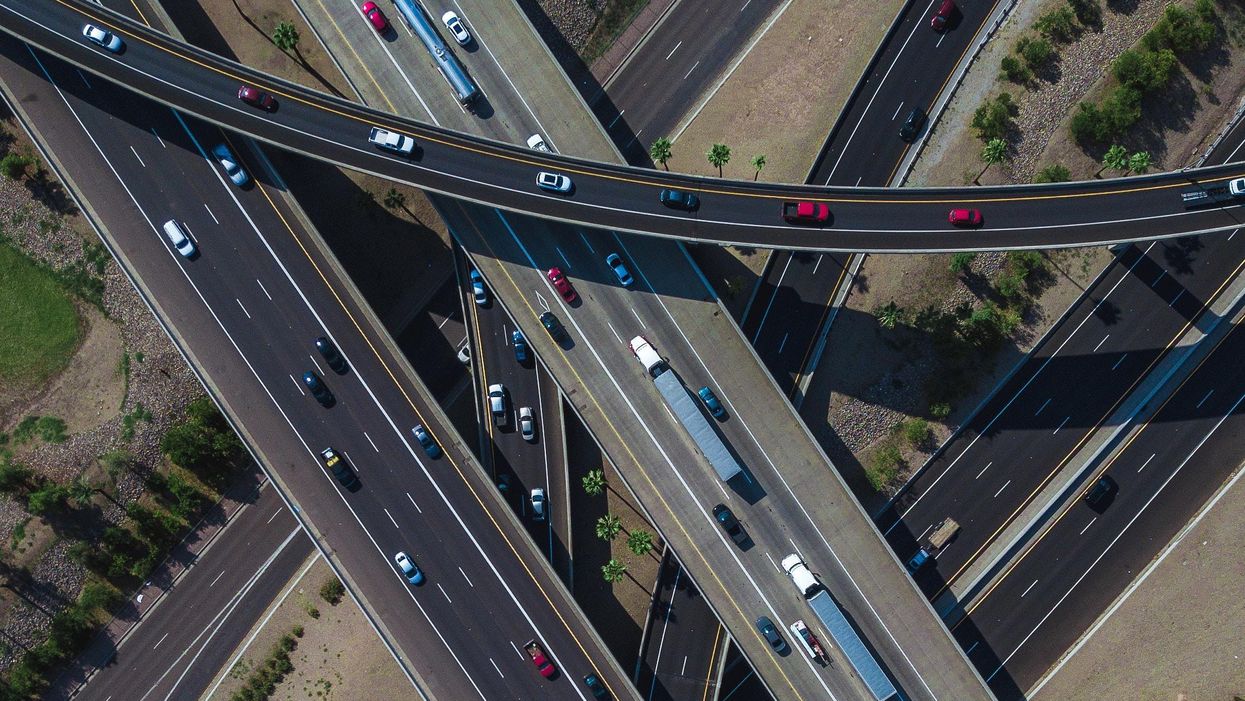 New ornate streetlights add charm and ambience to Knoxville, Tennessee, even as they help the city dramatically slash energy consumption and save millions of taxpayer dollars each year.

These high-tech lights last for years, require almost zero maintenance and provide better illumination than the old models, leading one grateful official to say they "raised the bar and changed the game" for a city seeking a brighter future.

The United Steelworkers (USW) launched a weeklong bus tour on August 16 to call for historic investments in America's infrastructure and to underscore the importance of using union-made materials and products, like the lights Knoxville installed, for these much-needed rebuilding projects.

The multistate event, part of the union's "We Supply America" campaign, included a stop at Holophane's plant in Newark, Ohio. There's where members of USW Locals 525T, 4T and 105T manufacture lighting products that not only illuminate Knoxville and other cities but also help to preserve vital supply chains across the economy.

"We pretty much light the world," said Local 525T President Steve Bishoff, noting he and his coworkers also supply state highway departments, shipping terminals, sewer authorities, energy facilities and military installations, along with numerous industries in the U.S. and overseas. "All the glass is made right here."

Bishoff strongly supports President Joe Biden's American Jobs Plan, which would modernize the country and supercharge the economy with long-overdue investments in roads, water systems, communications networks and other infrastructure. He views the Senate's bipartisan passage of a $1 trillion infrastructure bill on August 10 as an important step in achieving this progress and wants the House to quickly get to work on its own legislation.

However, he knows that these bold investments will deliver the maximum benefits for America's economy and security only if union workers lead the way.

An influx of new workers would help the greater Newark community, he added, noting the USW's contract provides good wages and benefits that enable his coworkers to lead middle-class lives and support local businesses.

He also has other important reasons for insisting that union workers drive the infrastructure upgrades.

Upgraded roads and other improvements will only be as strong and dependable as the materials that go into them. Union members have the skills and dedication to build infrastructure that will be safe to use and stand the test of time.

Officials in Knoxville, for example, chose lighting products made by Bishoff and his colleagues because of the reliability, brightness and safety they bring to streets, highways and other city-owned spaces.

Similarly, the Tennessee Valley Authority chose Holophane's union-made products to ensure the efficient operation of a gas plant crucial for power needs. And the ports of Los Angeles and Seattle installed Holophane's lighting systems to maximize safety and productivity at two of the nation's biggest shipping terminals.

One port official in Seattle noted that the new lights turned darkness into daylight. That's the kind of compliment Bishoff and his colleagues often hear.

"It's kind of a long process," Bishoff, who's worked at the plant for 44 years, said of the mixing, curing and craftsmanship that go into their top-quality production. "It takes teamwork to do it."

Shortages of face masks, hand sanitizer and other critical goods during the COVID-19 pandemic revealed the withered state of American manufacturing and exposed gaping holes in the nation's supply chains.

Carrying out infrastructure improvements with union-made components will help to sustain companies like Holophane, where Bishoff and his coworkers manufacture the kinds of items the nation relies on every day. But Biden's plan will also stimulate additional manufacturing capacity throughout the economy and help to fill out supply chains, ensuring the nation never again has to rely on imported goods needed for everyday life or emergencies.

It's essential that America maintain the capacity to produce lenses, bulbs and light fixtures for highways, tunnels, airports and shipping terminals. It's just as critical that the U.S. be able to supply the raw materials, manufacture parts and assemble finished products for numerous other infrastructure and industrial uses.

The USW launched its "We Supply America" campaign to shine a light on the highly skilled union workers who are eager to deliver new infrastructure, a more powerful economy and stronger national security.

In addition to Newark, the bus tour includes stops at Cleveland-Cliffs steel mills in Indiana and West Virginia, a Goodyear tire factory in Virginia and Corning's optical-fiber plant in North Carolina.

USW members like those at Cleveland-Cliffs produce the steel that America relies on not only for bridges, school buildings and drinking-water systems but also for shopping centers, athletic complexes and a vast array of consumer goods. Union workers at Goodyear and similar companies make the tires that keep passenger vehicles and tractor-trailers rolling, while also powering the cranes, graders and other heavy equipment essential for construction work.

And USW members at Corning turn glass into optical fiber that's the brains of cutting-edge broadband systems that help to connect Americans to business and educational opportunities.

"It's nice to be part of this," Bishoff said of a union workforce that powers so much of the nation's economy.

Now, America has an unprecedented opportunity to harness that skill and passion to build not only better infrastructure but also a stronger, more prosperous country.

"It would be good for everyone," Bishoff said.