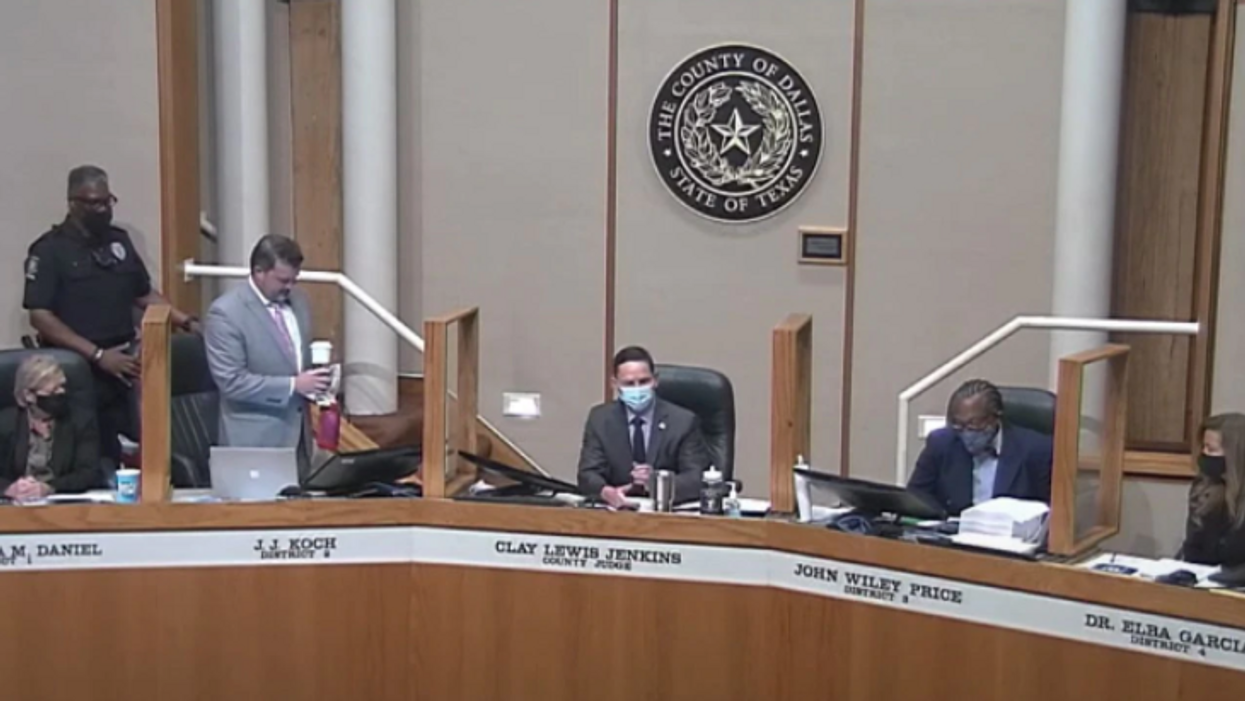 Dallas County Commissioner J.J. Koch was ordered to leave a commissioner's meeting after refusing to adhere to the city's mask mandate. Shortly after the opening prayer, Dallas County Judge Clay Jenkins made it clear that masks were required inside the courtroom.

A total of four members of the Dallas County Commissioners Court adhered to the mask requirement but Koch did not. Jenkins' announcement came just days after Administrative District Judge Maricela Moore moved to enforce a mask mandate on Friday for all individuals inside the common areas of the George Allen Courthouse.

WFAA reports that the county's civil courts, which include "the Frank Crowley Courthouse, which houses its criminal courts; and the Henry Wade Building, which houses its juvenile courts," are all included in the order.

However, Koch pushed back against the mask mandate as he claimed the judge's order appears to be an "overstep."

"At the end of the day, no one should be told to do that in such a manner like Clay Jenkins did, and he does not have the authority," Koch said.

Despite Koch's arguments, Moore noted that the mandate is a Texas Supreme Court order "that confirms the judiciary's authority to take reasonable actions to avoid exposing court proceedings and participants to the threat of COVID-19."

After discussions with health experts who have expressed concern about the rapidly spreading Delta variant of COVID, Jenkins has also made it that he plans to enforce the order.

"Certainly don't want to exclude any court members from our session, but we have a court member, staff member who feels strongly that they just should not wear a mask," Jenkins said. "We have a virtual option for them. We will ask them to use that virtual option."

In a prepared statement, Jenkins made remarks about the COVID mitigation guidelines as he stressed the importance of following the orders.

"My enemy is the virus, not each other," Jenkins said after the meeting. "My actions requiring masks in the courtroom are authorized by the Texas Supreme Court and are intended by me to keep people safe in accordance with the CDC guidelines."

Dallas County commissioner J.J. Koch escorted out of meeting for refusing to wear a mask youtu.be