'Wow, you're aggressive': Why the AG report on Cuomo is one of the most damning accounts in living memory 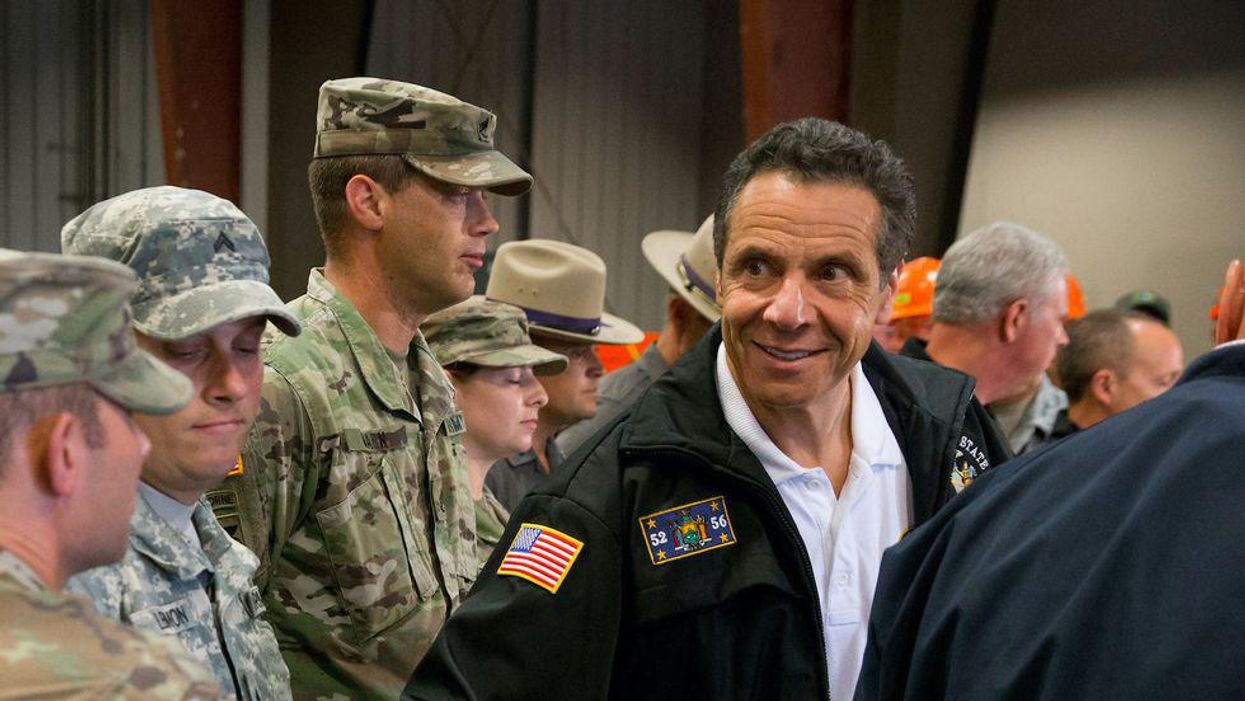 "Wow, you're aggressive," Andrew Cuomo allegedly told a wedding guest as she grabbed his wrist to stop him from fondling her back through a cutout in her dress.

"Wow, you're aggressive" could be the tagline of the New York Attorney General's report on the predations of a sitting governor of New York who has harassed an astonishing array, including, but not limited to: a state trooper on his protective detail, the doctor who gave him his covid test on live TV, the aforementioned guest at his senior aide's wedding and an executive assistant whose breast he cupped under her shirt against her will. According to the report, he even sexually harassed the woman who signed the form attesting that he had reviewed anti-sexual harassment rules.

The 168-page report is one of the most meticulous and damning accounts of sexual harassment by a public official in living memory. It's based on 179 interviews, 41 of which were conducted under oath, including testimony from the governor himself and his senior staffers. The report's conclusions are bolstered by 74,000 documents, including photographs, texts and emails. The attorney general's office even set up a tip line that generated 280 potentially relevant responses from the general public.

A picture emerges of Cuomo as the Harvey Weinstein of politics, an overbearing, vindictive executive who terrorized his staff and used the resulting climate of fear to get away with serial sexual predation. "I've been sexually harassed throughout my career, but not in a way where the whole environment was set up to feed the predator," former staffer Lindsey Boylan told investigators. "This and every interaction I had with the governor and the culture felt like it was all to feed the predator."

The report also documents how the governor and his staff misused their power to unlawfully retaliate against a former staffer who accused Cuomo of sexual harassment by leaking her confidential personnel file to the press. The report describes how Cuomo and his underlings rewrote the minimum qualifications to hire a state trooper Cuomo met on the Triborough Bridge to serve on his protective detail and lied to the press about it. (Hiring an under-qualified person to be your personal bodyguard because you think she's hot bespeaks a remarkable commitment to harassment.) In his defense, the governor insisted that he was merely trying to increase "diversity."

Former aide Ana Liss said she didn't initially complain about Cuomo's harassment because his office seemed like a "twilight zone" where the rules didn't apply.

"[W]hat makes it so hard to describe every single inappropriate incident is the culture of the place," Alyssa McGrath, the first serving aide to come forward, told investigators. "On the one hand, he makes all this inappropriate and creepy behavior normal and like you should not complain. On the other hand, you see people get punished and screamed at if you do anything where you disagree with him [...]."

The report documents failures of senior staff to pass allegations of sexual harassment to the agency responsible for investigating such claims. Instead, they moved women who complained to different jobs and made sure the governor wasn't left alone with female employees. This was at best a hapless response, given that, as the report shows, the governor abused women at public events as well as behind closed doors.

Cuomo denies most of the allegations but the report concluded that "[w]e found his denials to lack credibility and to be inconsistent with the weight of the evidence obtained during our investigation." Cuomo's lawyer released a statement consisting primarily of pictures of him hugging and kissing politicians in public, seemingly in a bid to show that he's physically overbearing with everyone and it's not a sexual thing.

President Joe Biden called upon Cuomo to resign in the wake of the report. Asked if Cuomo should be removed from office if he refuses to step down, Biden added, "I understand the state legislature may decide to impeach, I do not know that for a fact."

The attorney general's report not only documents a pattern of predatory behavior by the governor, but also an inner circle run like a criminal conspiracy that bent the rules, and likely even broke the law in a bid to discredit a victim. The idea that Cuomo should remain in office because high-profile Republicans like Matt Gaetz have refused to resign in the wake of their own sexual harassment accusations is absurd. Cuomo's disregard for the humanity of his victims is equaled only by his contempt for the people of New York state. To allow Cuomo to serve out his term would be tantamount to abandoning all pretext that sexual harassment and official misconduct matter.