'The climate crisis is here and killing us' 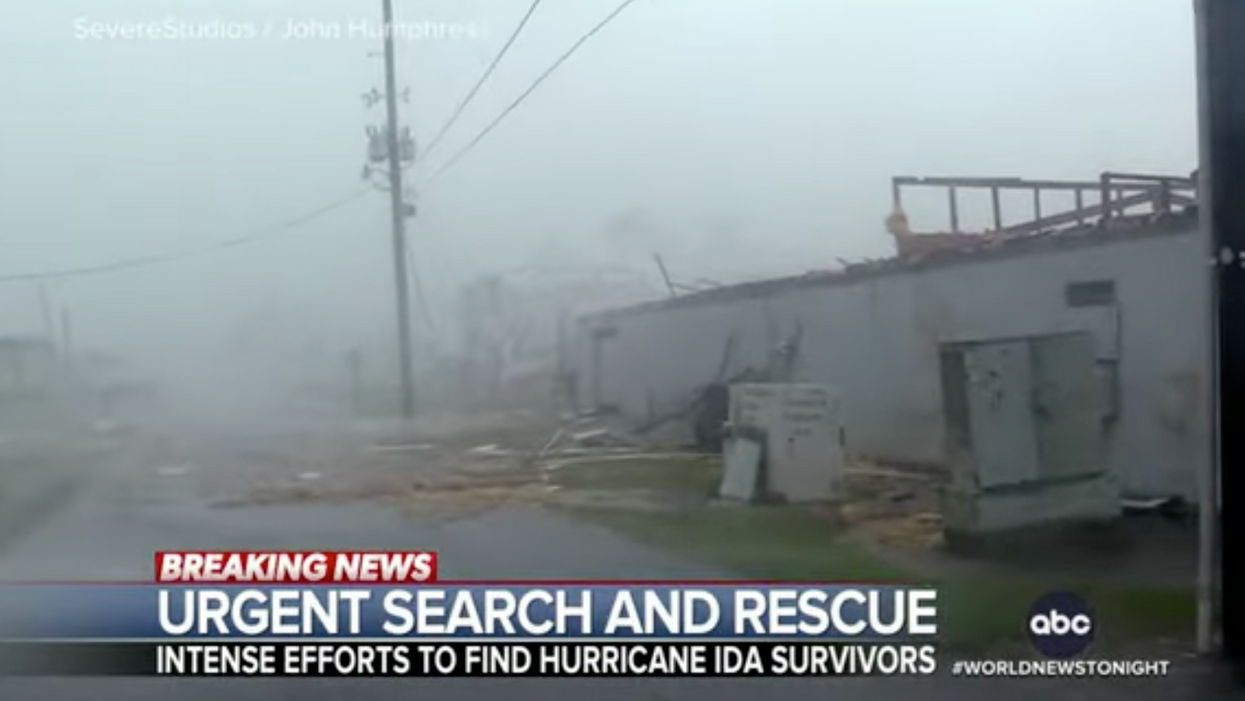 With search and rescue efforts underway and widespread power outages in the wake of Hurricane Ida barreling into the Louisiana coast Sunday as a Category 4 storm, the youth-led Sunrise Movement on Monday urged President Joe Biden to declare a climate emergency.

"Today my heart aches for Louisiana and the Gulf Coast. On the 16th anniversary of Katrina, a storm that many still haven't recovered from, families are traumatized by yet another devastating climate catastrophe," said Varshini Prakash, the group's executive director, in a statement.

Though there is only one confirmed death from Ida so far, both Biden and Louisiana Gov. John Bel Edwards, a Democrat, said Monday that the number is likely to grow.

"What more do politicians need to realize that the climate crisis is here and killing us?" asked Prakash. "The time for incrementalism and watered down 'solutions' is over. While community members and aid groups provide support to victims of the storm, what is President Biden doing?"

"Biden must declare a climate emergency to mobilize the federal government towards addressing these climate disasters and tackling the climate crisis head on," she added. "We're done with thoughts and prayers and so are the communities of the Gulf South. We need action now."

The president on Monday met virtually with various leaders of communities impacted by Ida, detailed the federal response to the storm, and promised regional governors and mayors that "we're going to stand with you and the people of the Gulf as long as it takes for you to recover."

Sunrise was from far from alone in highlighting the powerful storm's connection to how global heating impacts hurricanes. As Common Dreams reported earlier Monday, experts are already calling Ida "the poster child for a climate change-driven disaster."

The advocacy group was also joined by other progressives in calling for the U.S. government to ramp up its efforts to combat the global, human-caused climate emergency.

"Unless we shift away from fossil fuels, storms will only get stronger," warned Friends of the Earth Action. "This is exactly why we need to hold this dangerous industry accountable."

Scientists continue to sound the alarm about what the future will hold without sweeping changes across several sectors worldwide—warnings that have fueled demands that U.S. policymakers pursue bold climate action, including in the $3.5 trillion package that congressional Democrats are crafting to pass alongside a limited bipartisan infrastructure bill.

Legislation introduced in February by Reps. Earl Blumenauer (D-Ore.) and Alexandria Ocasio-Cortez (D-N.Y.) along with Sen. Bernie Sanders (I-Vt.) would direct Biden to declare a national climate emergency and mobilize every resource available to address the crisis.

At the time, Sunrise expressed support for the proposal, with Prakash calling it "a good sign that our leaders are finally understanding what young people and climate activists have been shouting from the rooftops for years—that the fires that burned our homes to rubble, the floods that took our family and friends with them, are a climate emergency, and bold action must be done now to save our humanity and our future."