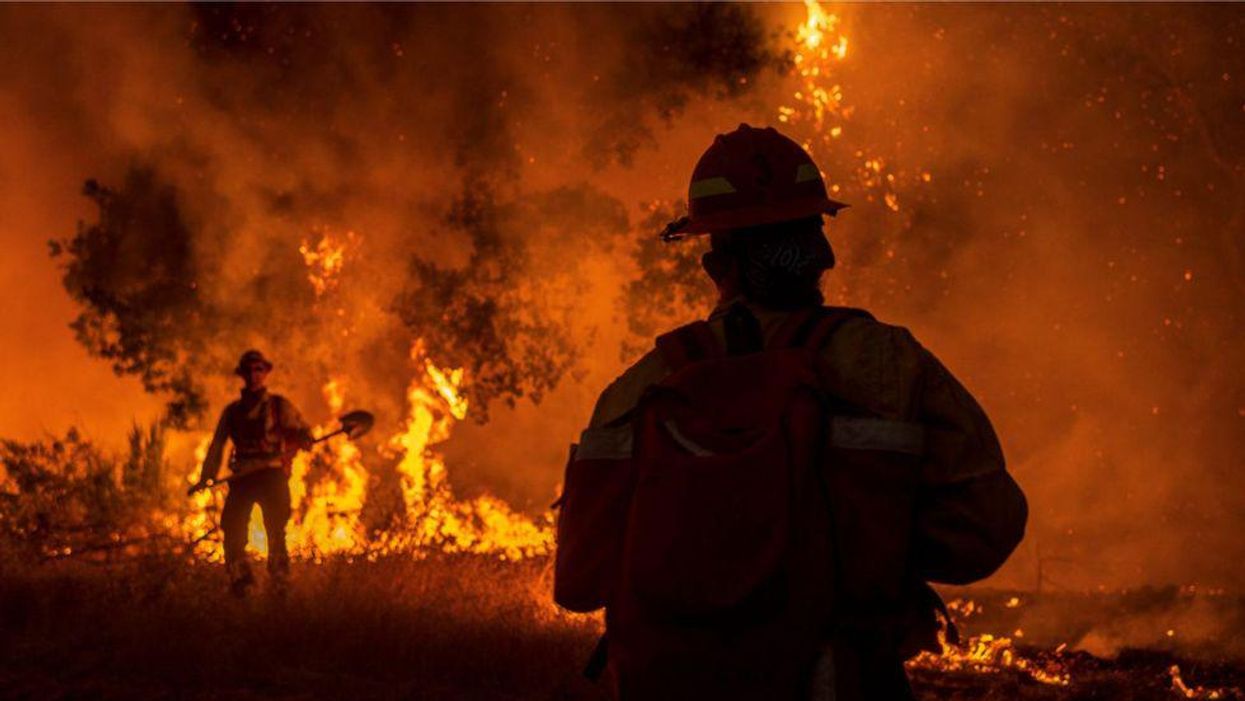 There needs to be a word. A word that combines frustrating, terrifying, and infuriating. A word for a story that contains information that lets you know that the people who are not just riding on the bus, but steering it toward a cliff, have absolutely no plans for what comes next even as the front wheels leave the ground.

This article from The New York Times starts off describing a specific incident that's frightening enough, but also strangely heartening. Homeowners in Oregon have been calling their local utility, not to complain about their power being down, but to ask that their power be turned off. That's because they were concerned that a coming storm might knock down their lines and trigger more fires in what's already one of the worst fire seasons. Truthfully, being willing to sit at home in the dark, even with the miserable weather that's swept over much of the Northwest this summer, in order to protect forests and neighbors, seems like the mark of pretty good citizens.

But behind that incident is an astounding admission—utility companies are utterly unprepared for situations like the one behind the fires in Oregon.

In fact, it's far worse.

Nationwide, electric utilities, grid operators and regulators have struggled to adequately prepare for the hazards of global warming, like storm surges that can knock out substations and heat waves that can cause power plants to falter, with many expecting that the biggest threats will not materialize for decades to come.

As the nation roasts under one set of record highs after another, the West watches water supplies evaporate in the Megadrought, and air conditioners everywhere spin up to levels that trigger blackouts and brownouts, the people who are among those most to blame for the situation now say they are utterly unprepared. Utility companies saying they are still "expecting that the biggest threats will not materialize for decades to come" may be a bigger example of cognitive dissonance than Rep. Elise Stefanik vowing to protect Medicare and Medicaid from "socialist healthcare."

The Times quotes an energy expert from Texas as saying, "It's fair to say there was this widespread assumption that the impacts of climate change and extreme weather would unfold more gradually, and there would be more time to prepare."

They weren't ignorant. Just evil. So it's hard to believe that any electric utility in the nation didn't know this was coming.

When governments and industries are working to negotiate the details of a climate agreement, it's understandable that they work against goals, and plan for situations that are genuinely decades in the future. It has to be that way. It's only by looking at longterm events that the full danger of the climate crisis is visible.

But when reporting on the crisis, every use of "over the next 50 years" becomes a soft, soft pillow telling readers to relax: This is all far away. Nothing to concern you at the moment. And now, let's turn to sports.

The climate crisis is happening over the next century. In the sense that it's happening every single day of the current century, including today. And a failure to deliver the message that things are going to be hotter, drier, colder, wetter, less predictable, more extreme, and increasingly more difficult every day is failing the public. American forests are burning now. The rainforests of the Amazon Basin are going away now. The western United States is in a water crisis now. Oceans are rising now. Storms are worse now. Arctic ice is vanishing now. The climate crisis is creating whole new forms of weather right now.

It's not coming soon. It's not imminent. It's not even inevitable. It's already here. What happens every day from here on is that we decide how bad it's going to get.

And one things that's really clear: This is unacceptable.

With rare exceptions, most electricity providers nationwide still don't conduct detailed climate studies that would help them understand all the ways that increased heat, drought, wildfires or flooding can ravage their power grids, researchers have found.

Why not? Because no one makes them do it. No one punishes them for failure. In fact, as Texas's recent grid failure vividly illustrates, being unprepared and leaving Americans without energy can be extremely lucrative. While 170 Texans were dying in a blackout over the winter, this is how the utilities described it.

This week is like hitting the jackpot with some of these incredible prices," [Comstock Resources chief financial officer Roland Burns] said. "Frankly, we were able to sell at super premium prices for a material amount of production."