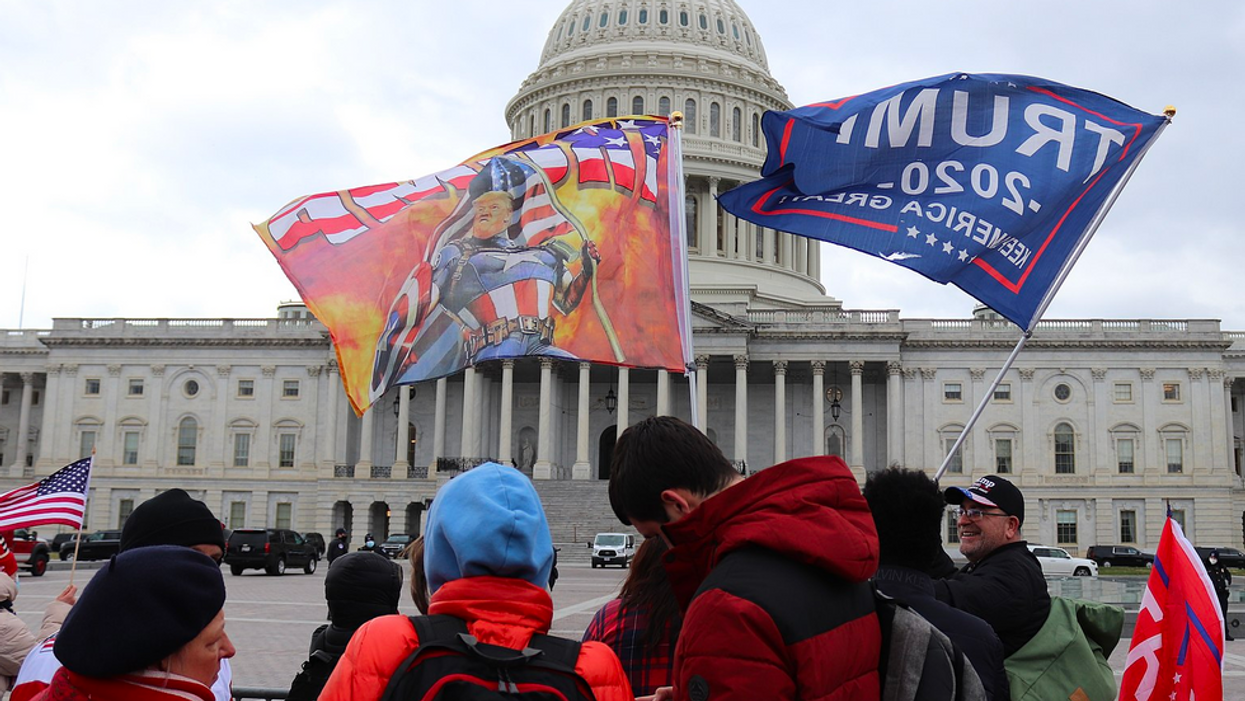 "The assault by a pro-Trump crowd should have posed something of a dilemma for Christian nationalists, who often pose as "law and order" conservatives, given that police officers were assaulted by an out-of-control mob," the publication reports. "But the same Christian nationalists who had assailed Black Lives Matter over anti-police-brutality protests just months earlier couldn't bring themselves to condemn the violence at the Capitol."

As a result of their refusal to hold rioters accountable and accept what actually happened, more conspiracies have been birthed.

For example, Jeff Jansen, head of Global Fire Ministries, has repeatedly claimed Trump will rise to power again; a dangerous lie national security experts believe will only infuriate the Trump base more when it does not come to pass.

As a result of Christians like Jansen, there is a growing concern that the conspiracy-driven prophetic movement is becoming "one of the fastest-growing corners of Christianity," according to New York Times reporter Ruth Graham.

"Many are independent evangelists who do not lead churches or other institutions. They operate primarily online and through appearances at conferences or as guest speakers in churches, making money through book sales, donations and speaking fees. And they are part of the rising appeal of conspiracy theories in Christian settings, echoed by the popularity of QAnon among many evangelicals and a resistance to mainstream sources of information."

Although there have been efforts to launch a bipartisan committee to investigate the Capitol insurrection, Christian nationalists have joined Republican lawmakers' plight not to further investigate.

In the normal world, the pushback against the formation of a 1/6 commission also raises questions since Christian nationalists claim to believe rioters were actually victims.

However, Tony Perkins, president of the Family Research Council, has praised Republican lawmakers for blocking the effort by way of the filibuster as he described the commission as nothing more than "political theater." He also accused Democratic lawmakers of pushing to change the narrative although footage of the day makes it clear what transpired.

"This is about political theater, plain and simple," Perkins wrote in a column. "It's about creating a narrative, aided by the media, that all Republicans are dangerous extremists. At least GOP leaders are pushing back and insisting that they won't be a part of the Democratic charade."