The Fraternal Order of Police gets called out for its ambivalent position on the Jan. 6 attack 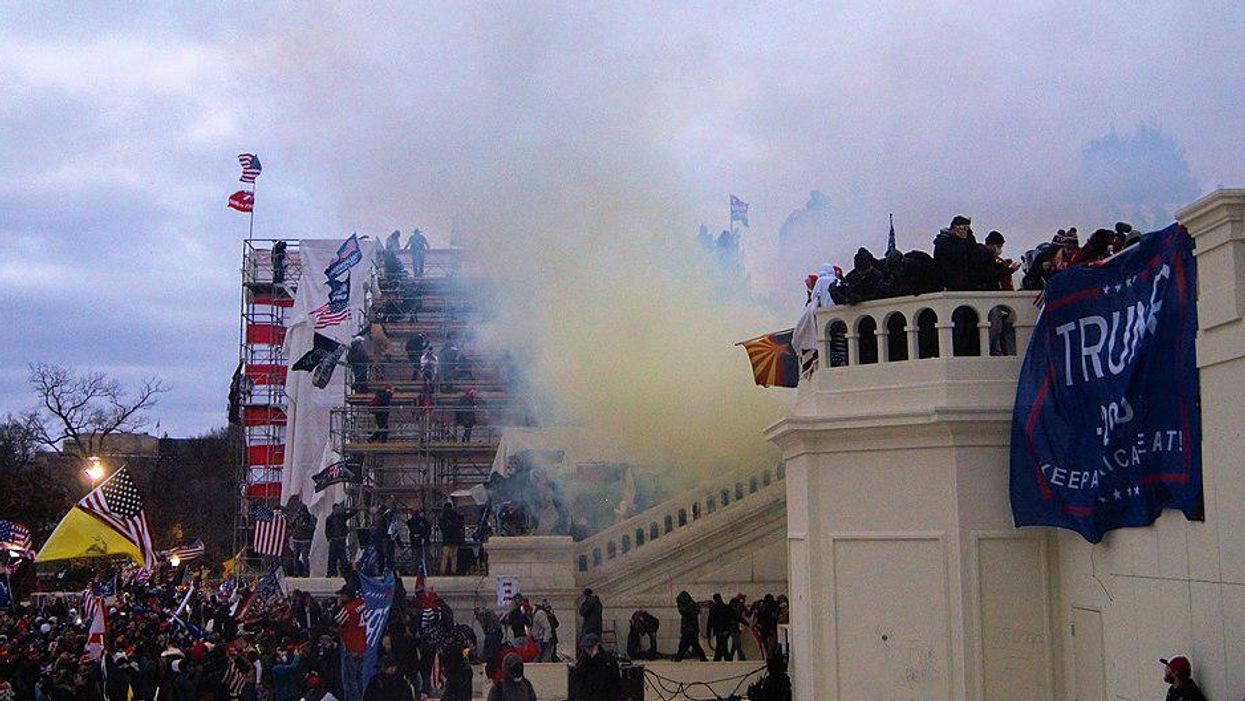 On July 27, the Fraternal Order of Police issued an official statement about the police officers who were attacked during the January 6 assault on the U.S. Capitol Building — some of whom recently testified during a hearing conducted by House Speaker Nancy Pelosi's select committee on the insurrection. But journalist Adam Serwer, this week in an article for The Atlantic, wonders why the FOP hasn't had more to say on the subject given how outspoken it often is on police-related matters.

In its statement, the FOP said, "Those who participated in the assaults, looting, and trespassing must be arrested and held to account. We continue to offer our support, gratitude, and love to our brothers and sisters in law enforcement who successfully fought off the rioters, and we will be with them as they grieve and recover, however long that may take."

The FOP said it wanted to "clear up confusion" about its position on the January 6 attack. But Serwer finds it strange that the FOP felt the need to do that in the first place.

"The FOP does not often have to clarify its position on matters of public concern," Serwer explains. "The organization is usually rather strident in expressing its views. For example, in 2016, the FOP demanded that Walmart cease selling Black Lives Matter t-shirts. It denounced Nike for its ad campaign involving Colin Kaepernick, who was purged from the NFL for protesting police misconduct. If you go to the FOP's Twitter feed, you can find a steady stream of clips from conservative outlets such as Newsmax and Fox News showing FOP representatives attacking policies like bail reform, slamming Democratic elected officials, and blaming Black rights activists for the recent rise in homicides."

Serwer point outs that local FOP chapters "are also not exactly known for being demure."

"The former head of the Houston FOP, now the vice president of the national FOP, dismissed a woman and a disabled Navy veteran who were killed in a botched drug raid by officers seeking heroin as 'dirtbags,'" Serwer notes. "No heroin was found. The Miami FOP boycotted a Beyoncé concert, charging that she had used her Super Bowl halftime show in 2016 'to divide Americans by promoting the Black Panthers.'"

Serwer also notes that the president of the Chicago FOP even "defended the rioters who stormed the Capitol" earlier this year.

On January 7, journalist Chip Mitchell of Chicago's WBEZ (an NPR affiliate) reported that John Catanzara, president of the Chicago FOP, told WBEZ, "There was no arson, there was no burning of anything, there was no looting, there was very little destruction of property. It was a bunch of pissed-off people that feel an election was stolen, somehow, some way."

Catanzara also promoted former President Donald Trump's false and debunked claim that widespread voter fraud occurred in the 2020 election, telling WBEZ, "I don't have any doubt that something shady happened in this election. You're not going to convince me that that many people voted for Joe Biden. Never for the rest of my life will you ever convince me of that. But again, it still comes down to proof."

Now, the Chicago FOP is, according to CNN's Marshall Cohen, "going to bat for one of its members who stormed the U.S. Capitol and now might lose his job with the Chicago Police Department."

That CPD officer is Karol Chwiesiuk, who was charged with two misdemeanors for breaching the Capitol and entering the office of Democratic Sen. Jeff Merkley on January 6.

Cohen reports, "Prosecutors said, in charging documents, that Chwiesiuk used the N-word when bragging to a friend about his actions at the Capitol that day, saying, 'N****, don't snitch.' He hasn't yet entered a plea to the charges. He wasn't accused of violent crimes; so, he was released by a judge and ordered not to have any guns in the home and to give up the firearm owner ID card that is required under Illinois law."