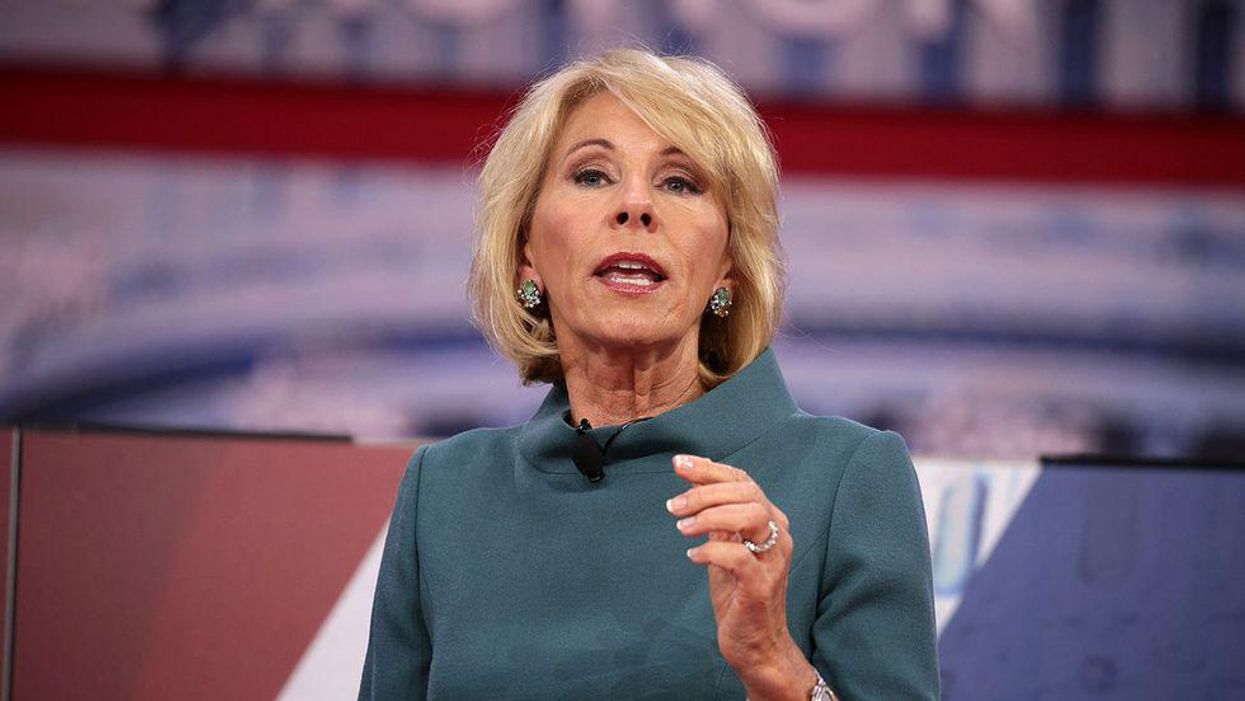 Republicans and the well-funded right-wing web of media, think tanks, and astroturf groups are going after public schools by whipping up a culture war with several fronts that keep kind of blending together: critical race theory, masks, and transgender kids. But if that all seems separate from the Betsy DeVos wing of right-wing attacks on public education that focus most of all on privatizing schools, think again. The two projects are intertwined, as glaringly revealed by Florida's recent announcement that families can get vouchers to attend private schools if they don't like their public school's mask-wearing policies. Outcomes like that come from concerted outreach efforts, and we can see in one figure how that's working.

Corey DeAngelis is the national director of research at the DeVos-founded American Federation for Children. He is also, according to his bio at that organization, "the executive director at Educational Freedom Institute, an adjunct scholar at Cato Institute, and a senior fellow at Reason Foundation." In other words, DeAngelis is highly networked in the world of right-wing and libertarian education policy—really a go-to guy if you want to dismantle education as a public good available to all kids.

DeAngelis is also extremely comfortable bringing his message onto extremist platforms. In March, DeAngelis showed up on the podcast of one Jack Murphy, alongside Christopher Rufo, the brains behind the big push to pretend that critical race theory is being taught in K-12 schools and use the term to demonize any teaching about racism. Rufo is, like DeAngelis, a creature of the right-wing think tank world, what passes for an intellectual of the right. Murphy is … a different story.

Murphy was placed on administrative leave from the D.C. Public Charter School Board for his tweets and blog posts containing gems like "Feminists need rape … It is our duty as men to save feminists from themselves. Therefore, I am offering rape to feminists as an olive branch." According to Right Wing Watch, "Murphy is an associate of conspiracy theorists, right-wing online personalities, and so-called 'alt-light' characters including Jack Posobiec, Mike Cernovich, Laura Loomer, Cassandra Fairbanks, and Tim Pool."

And there were Corey DeAngelis and Christopher Rufo chatting it up with him. But that wasn't DeAngelis' first rodeo with a questionable podcaster. In spring 2020, he was a guest of Dr. Jason Dean, an anti-vaxxer conspiracy theorist who was subsequently suspended from Facebook, Twitter, YouTube, and more. Is DeAngelis an anti-vaxxer who fantasizes about raping feminists? Who can say—but he doesn't mind talking to people like that if it lets him promote school privatization. And at any given time these days, DeAngelis' Twitter feed is a mix of anti-masking and anti-teaching-about-racism, all with the singular goal of leveraging right-wing outrage over masks and the false picture of critical race theory to defund public schools and privatize public education dollars.

To be clear, this isn't about one guy. This is about the alliance between the institutional—Betsy DeVos-founded—school privatization movement and anything that allows them to undermine public education. They are willing to cozy up to conspiracy theorists and rape fantasizers and actively endanger kids' health in the pursuit of that goal.