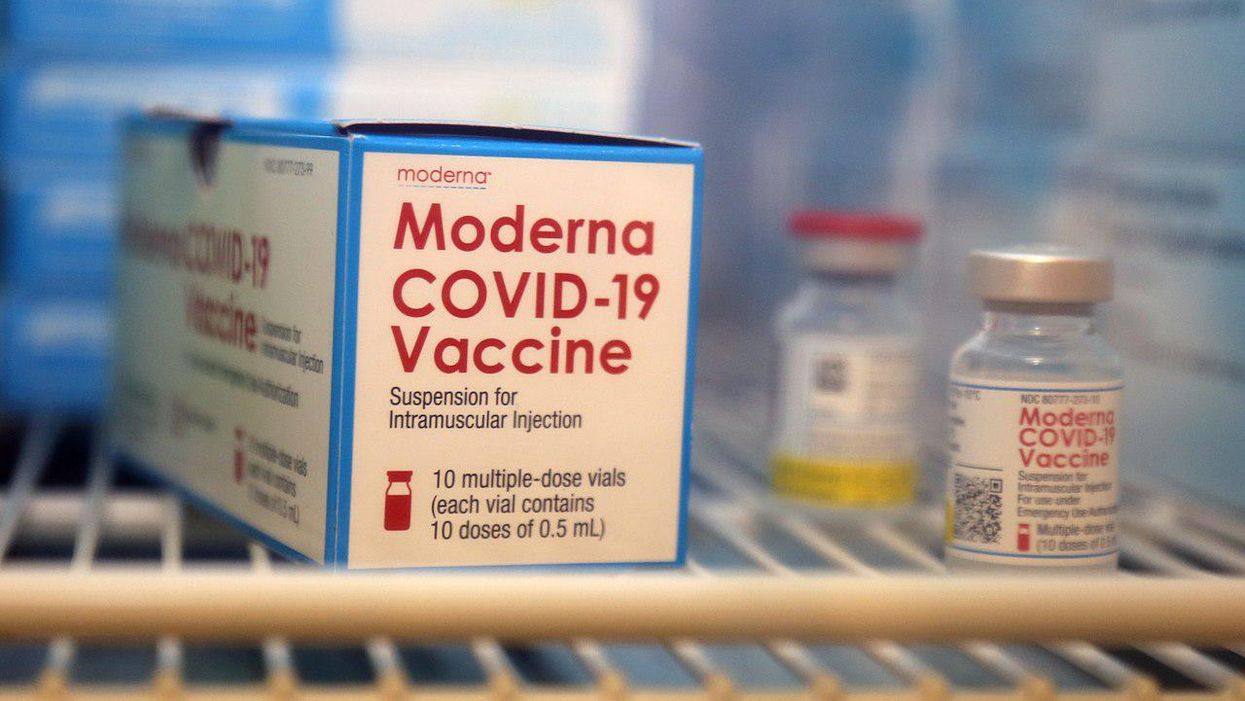 With the COVID-19's highly infectious Delta variant overwhelming many hospitals in the U.S. — especially in red states with low vaccination rates — the Biden Administration is describing the crisis as a "pandemic of the unvaccinated." Far-right anti-vaxxers and anti-maskers, meanwhile, are doubling down on their message, and according to reporting by the Associated Press, they are becoming increasingly militant, confrontational and "violent."

"Across the country, anti-vaccine and anti-mask demonstrations are taking scary and violent turns, and educators, medical professionals and public figures have been stunned at the level at which they have been vilified for even stating their opinion," AP reports in an article published on August 23. "And they have been terrified over how far protesters will go in confronting leaders outside their homes and in their workplaces."

AP offers specific examples of how unhinged many anti-vaxxers and anti-maskers have become. In Northern California, according to AP, an anti-masker parent "barged into his daughter's elementary school and punched a teacher in the face over mask rules."

"At a school in Texas, a parent ripped a mask off a teacher's face during a 'Meet the Teacher' event," AP reports. "A Missouri hospital leader was approached in a parking garage this week by a man from Alabama who handed him papers accusing him of 'crimes against humanity,' and it was not the only in-your-face encounter over vaccines and masks. School board members, county commissioners, doctors and local leaders are regularly confronted at meetings and in public with angry taunts that compare them to the Taliban, Nazis, Marxists and the leaders of Japanese internment camps."

Democratic Hawaii Lt. Gov. Josh Green, according to AP, "watched in horror as protesters showed up outside his condo, yelled at him through bullhorns and beamed strobe lights into the building to harass him over vaccine requirements." Green is Jewish, and some of the anti-vaxxer signs contained anti-Semitic slurs.

Green has two jobs. In addition to serving as Hawaii's lieutenant governor, he is an emergency room doctor.

The Hawaii Democrat told AP, "I will personally be taking care of these individuals in the hospital as their doctor when they get sick from refusing to wear masks and refusing to be vaccinated."

Green appeared on MSNBC's "Morning Joe" on August 24, discussing the anti-vaxxer/anti-masker protests that have been occurring outside his condo building. The lieutenant governor told host Mika Brzezinski, "Protesters here are protesting mask wearing. They're protesting vaccinations. It's a small local minority, but they're very vocal. And unfortunately, they're harassing other families — in this case, in my building — and scaring other people away from becoming vaccinated. That's what upsets me."

According to AP, Kansas resident Shannon Portillo, a county commissioner, was "berated" during an August 18 meeting, by militant anti-vaxxers and anti-maskers who were upset over a rule requiring masks for unvaccinated public school students.

Portillo told AP, "The heat definitely got turned up this week. It got much more hostile than anything I had seen."