'I think he should resign': Biden and top Democrats come together to call on Cuomo to step down 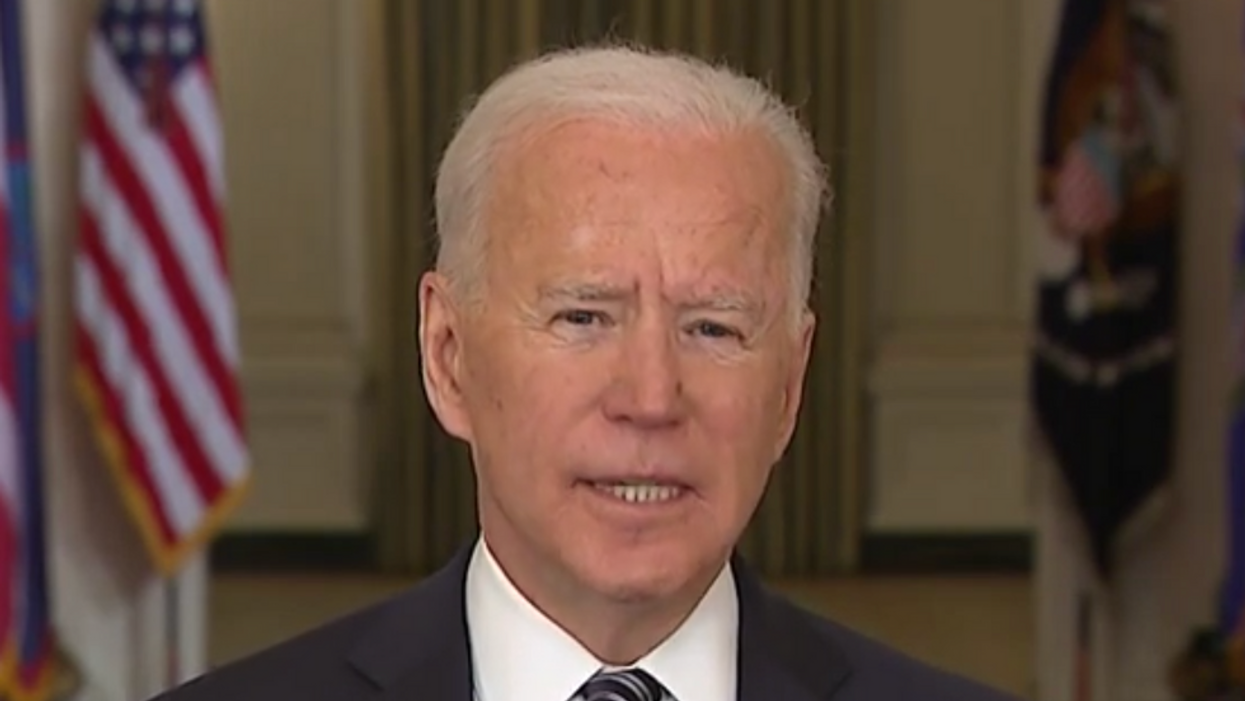 U.S. President Joe Biden on Tuesday joined the growing chorus of people calling for New York Gov. Andrew Cuomo to step down after a state probe concluded that the Democrat "engaged in conduct constituting sexual harassment under federal and New York state law."

"I think he should resign," Biden told reporters after being asked about the findings Tuesday afternoon, citing his earlier comments when multiple women accused Cuomo of sexual harassment earlier this year.

The president did not say whether state lawmakers should impeach the governor if he refuses to leave office.

The harassment allegations—which Cuomo continues to deny while acknowledging that his actions may have made people uncomfortable—led New York Attorney General Letitia James to appoint a team of independent investigators, who published their findings in a 168-page report (pdf).

Congressional leaders also responded to the report by calling for Cuomo to step down.

"Under Attorney General Letitia James, a comprehensive and independent investigation into the allegations against Gov. Cuomo has been completed," said House Speaker Nancy Pelosi (D-Calif.). "As always, I commend the women who came forward to speak their truth."

"Recognizing his love of New York and respect for the office he holds," she said, "I call upon the governor to resign."

"As we have said before, the reported actions of the governor were profoundly disturbing, inappropriate, and completely unacceptable," Senate Majority Leader Chuck Schumer (D-N.Y.) and Sen. Kirsten Gillibrand (D-N.Y.) said in a joint statement Tuesday.

Today's report from the New York state attorney general substantiated and corroborated the allegations of the brave women who came forward to share their stories—and we commend the women for doing so.
The New York state attorney general has conducted an independent, thorough, and professional investigation that found the governor violated state and federal law, had a pattern of sexually harassing current and former employees, retaliated against at least one of the accusers, and created a hostile work environment.
No elected official is above the law. The people of New York deserve better leadership in the governor's office. We continue to believe that the governor should resign.

Cuomo, for his part, signaled Tuesday that he won't step down, saying that "I never touched anyone inappropriately or made inappropriate sexual advances." About a specific allegation that could lead to legal action, the governor said he welcomed the opportunity for a jury's review.

After an emergency meeting Tuesday with fellow members of the New York State Assembly, Speaker Carl E. Heastie (D-86) said that "it is abundantly clear to me that the governor has lost the confidence of the Assembly Democratic majority and that he can no longer remain in office."

"We will move expeditiously and look to conclude our impeachment investigation as quickly as possible," Heastie added.

The speaker and the chair of the Judiciary Committee, Assemblyman Charles D. Lavine [D-13], argued that the articles could not be drawn up immediately, the people said.
But no timetable was set during the meeting, according to the people. The Judiciary Committee is expected to meet and discuss the impeachment investigation on Monday.
According to a person familiar with the process, it could take a month to complete the inquiry and draw up the articles of impeachment. A trial in the State Senate could commence as soon as late September or early October, the person said.

Multiple New York legislators are already publicly calling for impeachment. In a joint statement Tuesday, five socialist state legislators said that "given the governor's egregious betrayals of his office and our state, it is the responsibility of the Legislature to begin this impeachment process without delay."