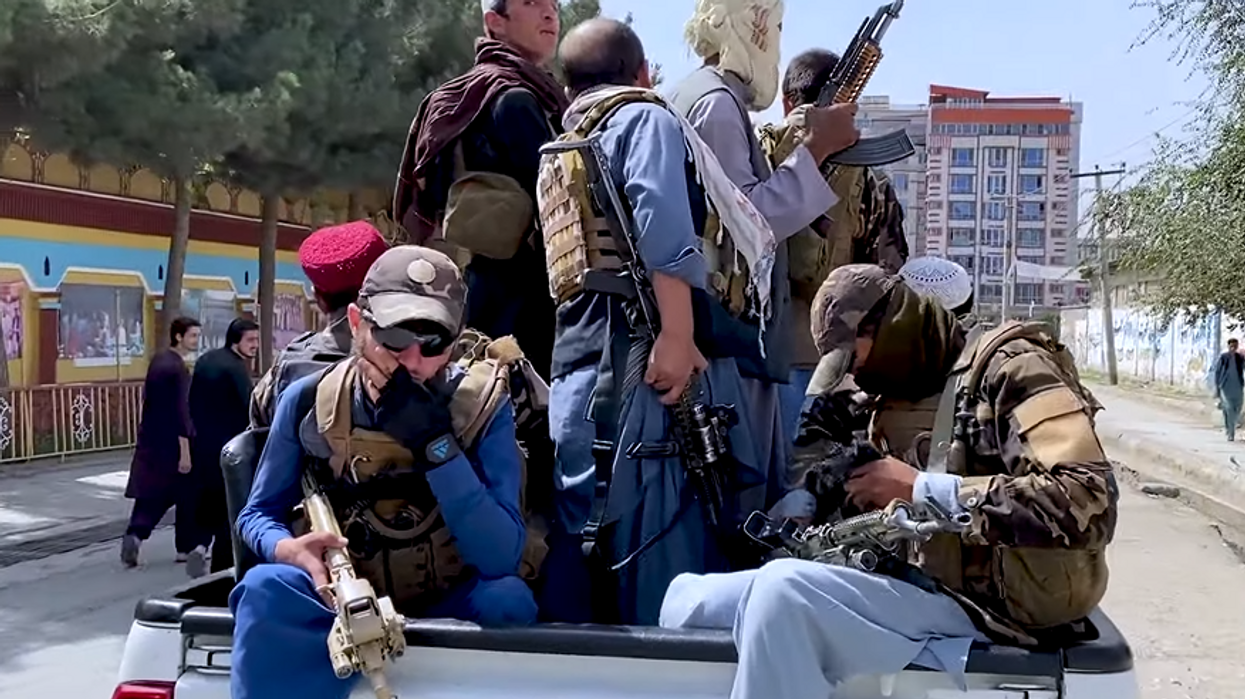 It isn't easy to find people on the right who are willing to defend President Joe Biden's handling of the crisis in Afghanistan, which has been retaken by the Taliban. But in a late August article for the right-wing paleoconservative Antiwar.com website, Cato Institute libertarian Doug Bandow — who served as a special assistant to President Ronald Reagan during the 1980s — defends Biden while criticizing the Afghanistan War as an exercise in neoconservative nation-building that was doomed from the start.

The anti-Biden arguments coming from the right range from sensical to wildly incoherent. Rep. Liz Cheney of Wyoming, Rep. Adam Kinzinger of Illinois and former National Security Adviser John Bolton are among the right-wing Donald Trump critics who have been arguing that the Trump/Mike Pompeo plan for withdrawing U.S. troops from Afghanistan was badly flawed and that Biden was wrong to go along with it. Agree or disagree with them, at least those GOP war hawks have been consistent in their argument — unlike former Secretary of State Pompeo, House Minority Leader Kevin McCarthy and others on the MAGA far right who have been twisting themselves into pretzels trying to make the tortured argument that the Trump/Pompeo deal with the Taliban was a solid one and that Biden didn't follow it in the way he should have.

Libertarian Bandow, however, makes neither the MAGA argument nor the neocon argument in his Antiwar article, maintaining that the U.S. spent 20 years fighting an unwinnable war in Afghanistan.

"Washington's failure in Afghanistan is a sad truth that cannot be ignored," writes Bandow, a senior fellow at the Cato Institute. "Nor should it be, especially as the political and military architects of this misbegotten war rush forward to denounce President Joe Biden. Perhaps none has been more visible than retired Gen. David Petraeus."

Founded in 1995, Antiwar has spent 26 years slamming neoconservatism from the right. Its writers have included Patrick Buchanan, former Rep. Ron Paul of Texas, Paul Craig Roberts and the late Justin Raimondo (who served as the site's editorial director before his death from cancer in 2019). Raimondo, who ran against Rep. Nancy Pelosi as a Republican in Northern California in 1996 and lost by a brutal 72%, typically slammed both Democrats and Republicans for being overly hawkish and had a decidedly isolationist viewpoint.

In his article for Antiwar, Bandow writes that trying to turn Afghanistan into a democracy was a lost cause.

"Thousands of Americans died in vain while attempting to transform Afghanistan," Bandow laments. "Painful though that statement might be to families of those killed or injured, no longer should those who have done so much harm to so many be allowed to use faux patriotism to shield their conduct from review. The best way to honor those who have died would be to prevent a repeat of needless and endless wars."

Buchanan has also defended Biden on Antiwar. In his August 27 column, the paleoconservative argued, "Say what you will about President Joe Biden, he has stuck to his guns on ending America's 20-year involvement in Afghanistan's forever war. His decision not to delay our departure after August 31 was fortified by hard intel that the terrorist ISIS-K was preparing attacks at Kabul airport. Thursday evening, the two bomb attacks occurred."

According to Buchanan, "Biden held his ground, refusing to be stampeded by Democratic critics, NATO allies, Republican hawks or media demanding he extend the deadline for departure until all Americans were out. His adamancy testifies to the convictions Biden came by during decades at the apex of the US government during our longest war…. Even if the end result of a withdrawal is that Afghanistan falls to the Taliban, the cause is not worth a continuance of the U.S. commitment or the blood and treasure that four presidents have invested. Better to accept a U.S. defeat and humiliation than re-commit to a war that is inevitably going to be lost."