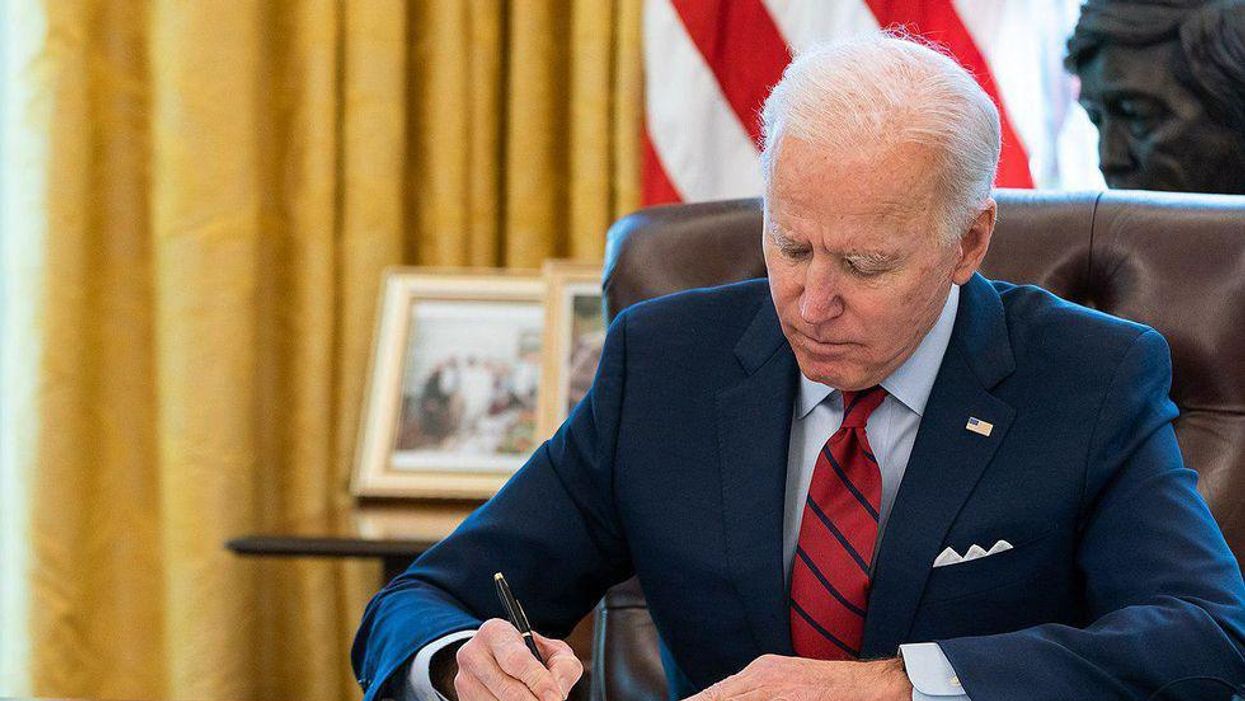 A long list of far-right MAGA Republicans, from Tucker Carlson and Laura Ingraham at Fox News to Turning Point USA's Charlie Kirk, have been hyperventilating over the possibility of Afghan refugees moving to the United States in large numbers now that their country has fallen to the Taliban. But not everyone on the right is terrified of Afghan refugees. In fact, the Cato Institute's Alex Nowrasteh is arguing that the United States should make an "open‐ended commitment" to resettle them in the U.S.

In an article published by the libertarian think tank's website this week, Nowrasteh doesn't criticize President Joe Biden's administration for withdrawing U.S. troops from Afghanistan; nor does he criticize former President Donald Trump for wanting U.S. troops out of that country. As Nowrasteh sees it, the United States' efforts to build a strong military in Afghanistan were bound to fail.

"The American retreat from Afghanistan was an unavoidable disaster for many reasons," Nowrasteh writes. "The non‐Taliban Afghan government collapsed more quickly than most predicted, the obvious hollowness of American nation building was exposed again, and it became clear that the U.S. military couldn't build an Afghan military."

Nowrasteh goes on to say that there is no reason why the U.S. should not welcome Afghan refugees, although many will go to other countries.

"It would not be out of the realm of possibility for 2–5% of the population to flee in the next year or two, or about 800,000 to 2 million," Nowrasteh explains. "Most will go to neighboring countries with large Afghan resident populations such as Iran or Pakistan, but many will also try to go to Europe."

He explained why the concerns that Afghan refugees pose some kind of danger to the U.S. don't hold up:

One of the many reasons used to oppose the rapid withdrawal of Afghans who aided American forces is that there isn't enough time to make sure they don't have any terrorist ties. Of course, they could be flown to Guam and vetted there if the threat were serious enough, just as we proposed here and as President Ford did with the South Vietnamese. More important are the historical terrorism data. From 1975–2017, zero people were murdered by Afghans in terror attacks on U.S. soil. During that time, three Afghan‐born terrorists committed attacks or attempted attacks on U.S. soil. They were Najibullah Zazi, Zarein Ahmedzay, and Ahmad Khan Rahimi. They murdered zero people and injured about 30. From 1975–2017, the annual chance of being murdered by an Afghan terrorist in an attack on U.S. soil was zero and the chance of being injured was about one in 398,828,510 per year. Those numbers could change if the number of Afghans admitted increases, but they would have to increase substantially to matter. The risk of Afghan terrorism is small.
...
A National Interest piece published in 2017 claimed that Afghan refugees are a tremendous source of crime in Europe. That may be true there, although it's difficult to check as European crime data are abysmal, but it is not true in the United States. According to data that Michelangelo Landgrave and I gathered for a recent paper on immigrant criminality, Afghan immigrants aged 18–54 in the United States were incarcerated at a rate of 127 per 100,000 Afghan immigrants in 2017. By comparison, native‐born Americans in the same age range were incarcerated at a rate of 1,477 per 100,000 native‐born Americans. In other words, native‐born Americans were about 11.6 times as likely to be incarcerated as Afghan immigrants. Afghans don't pose much of a serious criminal threat in the United States.

Nowrasteh concludes his article by emphasizing that the U.S. should do its part to help Afghans who are "facing death" in Afghanistan.

"The United States should make an open‐ended commitment to evacuate and resettle Afghans in the United States, cognizant of legitimate security and health concerns," Nowrasteh argues. "Of special interest are those Afghans and their families who aided American forces, as their lives are now in serious danger. The major arguments against such resettlement are unconvincing. If ever there were a situation where the refugee system should be expanded rapidly to account for larger numbers of people facing death, this is it."