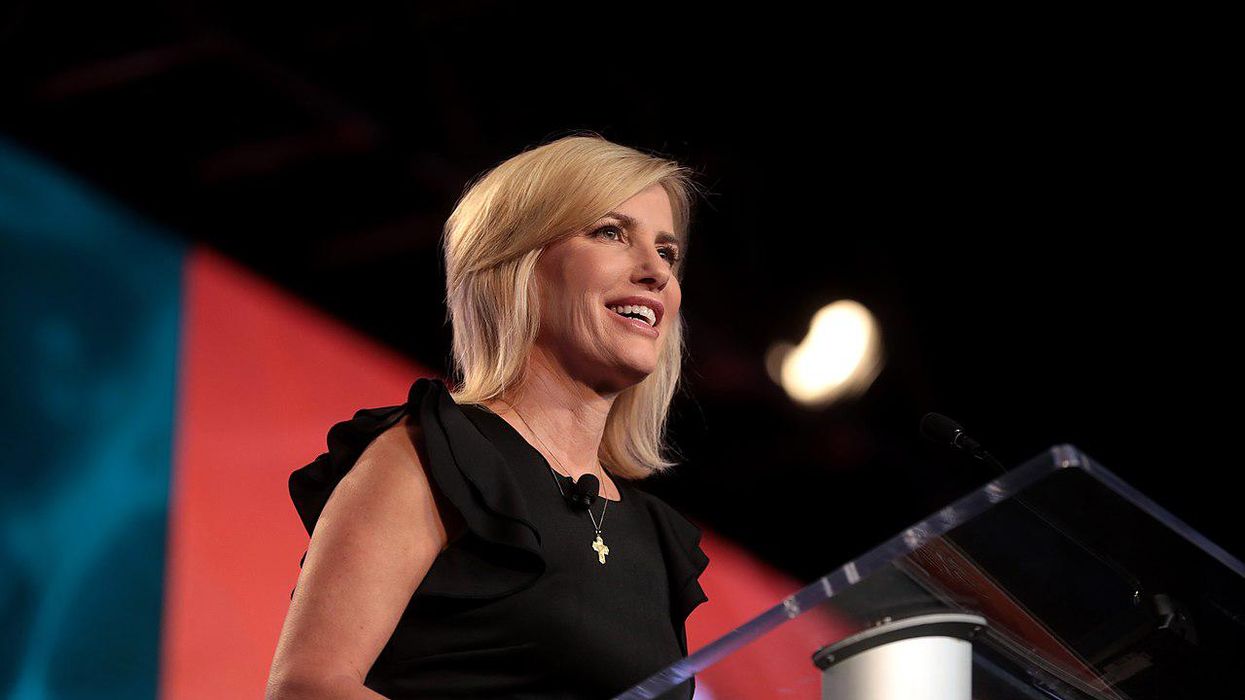 With Afghanistan having fallen to the Taliban, many Afghans will no doubt be seeking refuge in other countries — and far-right mouthpieces like Fox News' Laura Ingraham and Turning Point USA founder Charlie Kirk obviously don't want them coming to the United States. Never Trump conservative Charlie Sykes discusses the "MAGA right's" fear-mongering over Afghan refugees in an August 16 column for The Bulwark, slamming it as "xenophobia" and "raw bigotry."

Sykes writes, "President Biden's failure to get more of our allies — including military translators and their families — out of Afghanistan before this week's catastrophic collapse has drawn withering, and completely justified, criticism…. For much of the world, this is a fundamental test of our national honor and decency…. But for the MAGA right, it is a moment of opportunity — a chance to return to a by-now familiar playbook of xenophobia, outrage and fear."

Kirk essentially promoted the Great Replacement Theory when he claimed that that Biden let Afghanistan fall to the Taliban on purpose because he "wants a couple hundred thousand more Ilhan Omars to come into America to change the body politic permanently." The Great Replacement, a racist conspiracy theory promoted by white nationalists and white supremacists, claims that liberals are making a concerted effort to "replace" whites with non-whites in western countries. Although Sykes doesn't specifically mention the Great Replacement in his Bulwark column, that is what, in essence, Kirk was promoting with his Omar comment.

Sykes writes, "Omar is Somali, not Afghan, but they're all pretty much the same to Kirk. But Kirk's blend of pure stupidity and raw bigotry was not a one-off. Trump's anti-immigration homunculus, Stephen Miller, essentially made the same point, raising fears of caravan-like hordes of refugees inundating our streets."

Almost every Afghan refugee will turn out to be so much better an American than Charlie Kirk. https://t.co/CdKZCCm2BO
— Bill Kristol (@Bill Kristol) 1629140404.0

Miller, on August 15, tweeted that "Biden & his radical deputies will use their catastrophic debacle in Afghanistan as a pretext for doing to America what Angela Merkel did to Germany & Europe."

Fox News' Tucker Carlson, Sykes notes, told his viewers, "If history is any guide — and it's always a guide — we'll see many refugees from Afghanistan resettle in our country in coming months, probably in your neighborhood. And over the next decade, that number may swell to the millions. So, first we invade, and then we're invaded."

Ingraham: Is it really our responsibility to welcome thousands of refugees from Afghanistan? https://t.co/Sopvx4RJ0H
— Acyn (@Acyn) 1629167037.0

Sykes predicts that there will be a lot more fear-mongering about Afghan refugees coming from the "MAGA right" in the weeks and months ahead.

"This is the next big fight, although it's really just a continuation of the old one that Trump launched when he came down the escalator and talked about Mexican rapists," Sykes writes. "It's the same fight about 'invaders' and caravans and walls, and disease-infested migrants, who are the real culprits in the spread of the pandemic. This time, though, the right is targeting our allies in Afghanistan, and demanding that we break our promise to them. Because American Greatness is now more about ethnic purity than keeping our word."