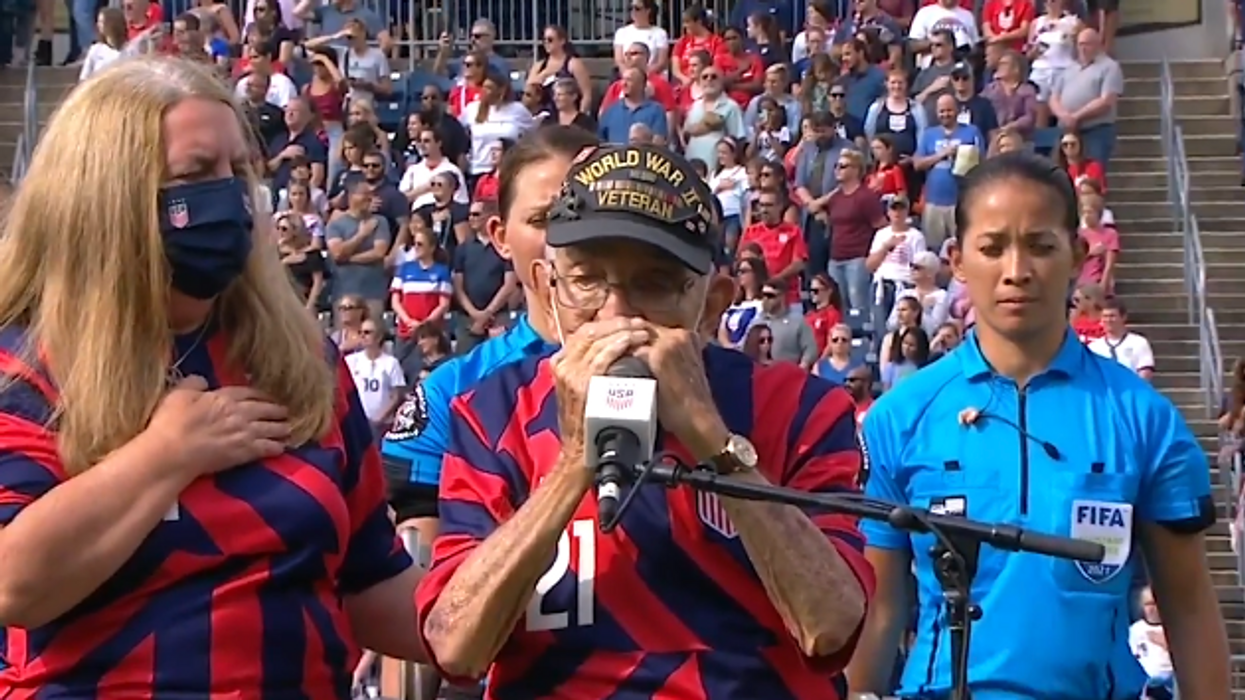 "Embarrassing and disrespectful," Spicer tweeted. "If you are embarrassed to be an American then don't play on the US team – there are plenty of people ready to take your place." And unable to accept reality, Town Hall early Tuesday ran with this: "Stay Classy, Ladies: Did Some Members of the USWNT Turn Their Backs on a 98-Year-Old WWII Veteran?"

The answer is a resounding no – but if they had they absolutely would have been exercising their First Amendment rights to do so.

Video from ESPN shows several team members facing forward, and some turned facing away from Pete DuPré but they are facing the American flag, which protocol calls for. Some of those facing the flag clearly have their hands on their hearts, others bowed their heads in respect.

The U.S. Soccer communications team was forced to put out a statement correcting the right wing's false claims.

To be clear, no one turned their back on WWII Veteran Pete DuPré during tonight's anthem. Some USWNT players were s… https://t.co/tCroUPdjiH
— U.S. Soccer Comms (@U.S. Soccer Comms) 1625537684.0

Here's video of them doing just that:

On of the players also pushed back against the false reports:

No one, from Sean Spicer to any of the right wing media, has apologized to the players for baselessly attacking them. But they all maintain their "patriotism."