Voting rights required a ‘partisan’ solution in the past — and it needs one now: journalist 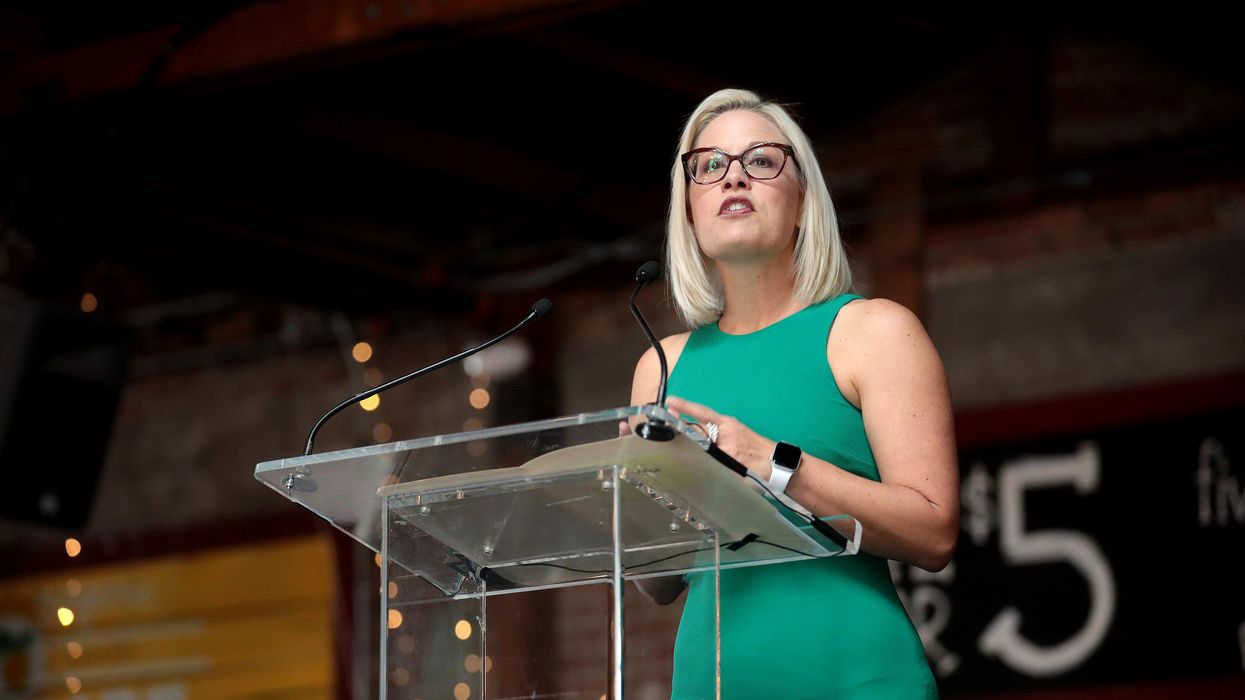 Sen. Joe Manchin of West Virginia and Sen. Kyrsten Sinema of Arizona, two of the more conservative Democrats in the U.S. Senate, have repeatedly stressed that they want to see legislation passed along "bipartisan" lines — and that includes voting rights bills. But it is Republicans, not Democrats, who are pushing authoritarian voter suppression bills in state legislatures all over the U.S. And liberal New York Times columnist Jamelle Bouie, in a July 30 column, argues that when it comes to civil rights, being overtly partisan sometimes makes sense.

"The attack on voting rights in this country is partisan," Bouie argues. "The response must be partisan as well. But whether out of unspoken political concerns or genuine conviction, key Democrats in Washington do not have the stomach for the partisan combat it would take to stop that attack."

The "key Democrats" that Bouie is referring to are Manchin and Sinema. In a June 6 op-ed for the Charleston Gazzette-Mail, Manchin wrote, "The right to vote is fundamental to our American democracy and protecting that right should not be about party or politics. Least of all, protecting this right, which is a value I share, should never be done in a partisan manner."

Sinema, in an op-ed published by the Washington Post on June 21, wrote, "The best way to achieve durable, lasting results? Bipartisan cooperation."

Quoting Manchin and Sinema's op-eds, Bouie emphasizes, "The problem with these arguments is that they can't survive contact with a single, simple fact about American history: the fight to protect and advance the civil and voting rights of all Americans has always been more partisan than not."

Bouie makes his point by noting some of the civil rights laws that were passed by Republicans during Reconstruction times following the U.S. Civil War despite "unified Democratic opposition," including the Enforcement Acts of 1870 and 1871 and the Civil Rights Act of 1875.

"It is true that the landmark civil rights bills of the 1960s were bipartisan, although to pass the Civil Rights Act of 1964, supporters had to neutralize a southern filibuster in the Senate," Bouie explains. "But the two parties were not yet, at this point in their histories, defined by a single ideology. There were strongly liberal Republicans and arch-conservative Democrats, each a significant faction within their respective parties."

Bouie goes on to say, however, that the "era of ideologically diverse parties and bipartisan lawmaking was an aberration."

"We are living in an age of high partisanship and deep polarization, where one party has an interest in a broad electorate and an open conception of voting rights, and the other does not," Bouie writes. "If Congress is going to pass a voting rights bill of any kind, it is going to be on a partisan basis, much the way it was from the end of the Civil War until well into the 20th Century. Democrats will either accept this and do what needs to be done, or watch their fortunes suffer in the face of voter suppression, disenfranchisement and election subversion."