Tucker Carlson was trying to get a Putin interview – and may have been talking to a Russian 'foreign agent': report 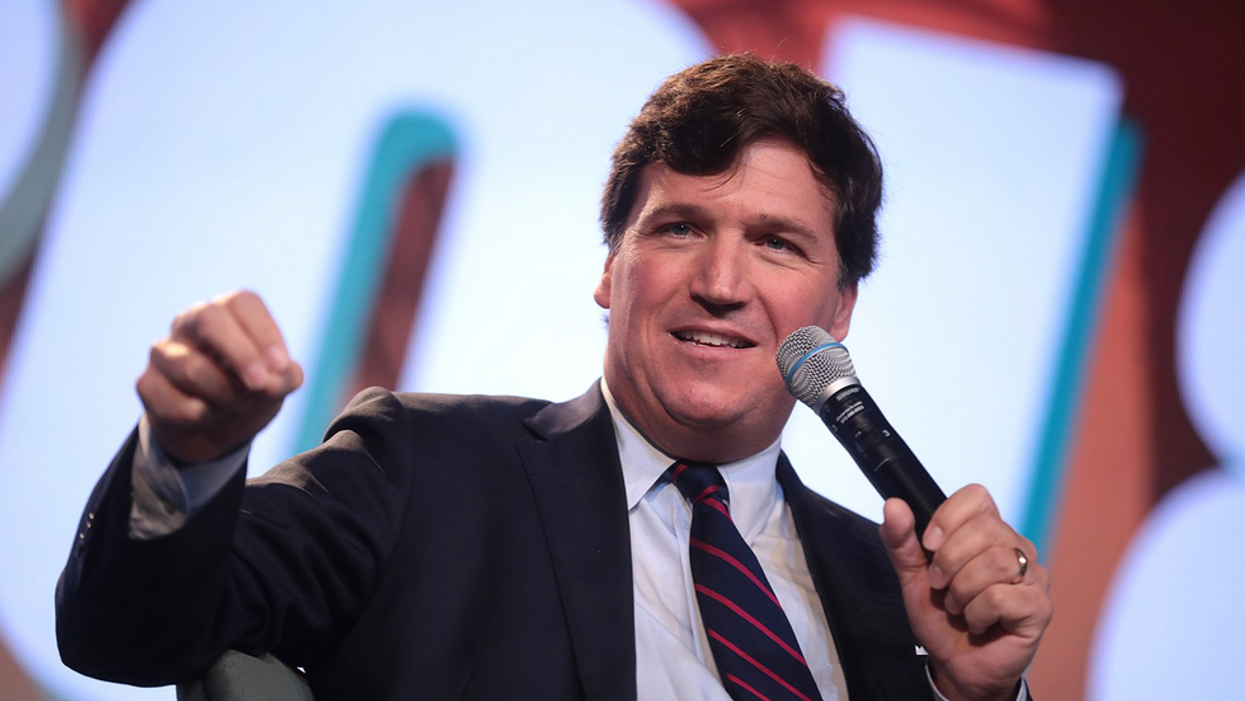 Fox News personality Tucker Carlson's bombshell accusations from last week – that the National Security Agency was spying on him, reading his emails and intended to leak them to get him kicked off the air – remains in dispute, but an Axios report Wednesday evening reveals what he may have actually been concerned about.

Carlson, according to Axios' Jonathan Swan, was attempting to get an interview with Russian President Vladimir Putin, and he may have been communicating with a Russian spy in that effort.

Citing experts, Swan reports one scenario, and the least likely, "is that the U.S. government submitted a request to the Foreign Intelligence Surveillance Court to monitor Carlson to protect national security."

"A more plausible scenario is that one of the people Carlson was talking to as an intermediary to help him get the Putin interview was under surveillance as a foreign agent," in other words, a Russian spy. "In that scenario, Carlson's emails or text messages could have been incidentally collected as part of monitoring this person, but Carlson's identity would have been masked in any intelligence reports."

Swan goes on to say that two sources "familiar with Carlson's communications said his two Kremlin intermediaries live in the United States, but the sources could not confirm whether both are American citizens or whether both were on U.S. soil at the time they communicated with Carlson."

"This is relevant because if one of them was a foreign national and on foreign soil during the communications, the U.S. government wouldn't necessarily have had to seek approval to monitor their communications."

But CNN's Oliver Darcy urges caution, reminding that Carlson claimed the NSA was trying to get his show canceled.

As Axios notes, plenty of American journalists have interviewed Putin, so that's not a problem.

What Swan and Darcy don't discuss is the most obvious question: what was in those emails (or other communications) to a Russian foreign agent that would make Carlson, a conspiracy theorist, white supremacist, and white nationalist, think would be so damaging that they could get his show canceled?