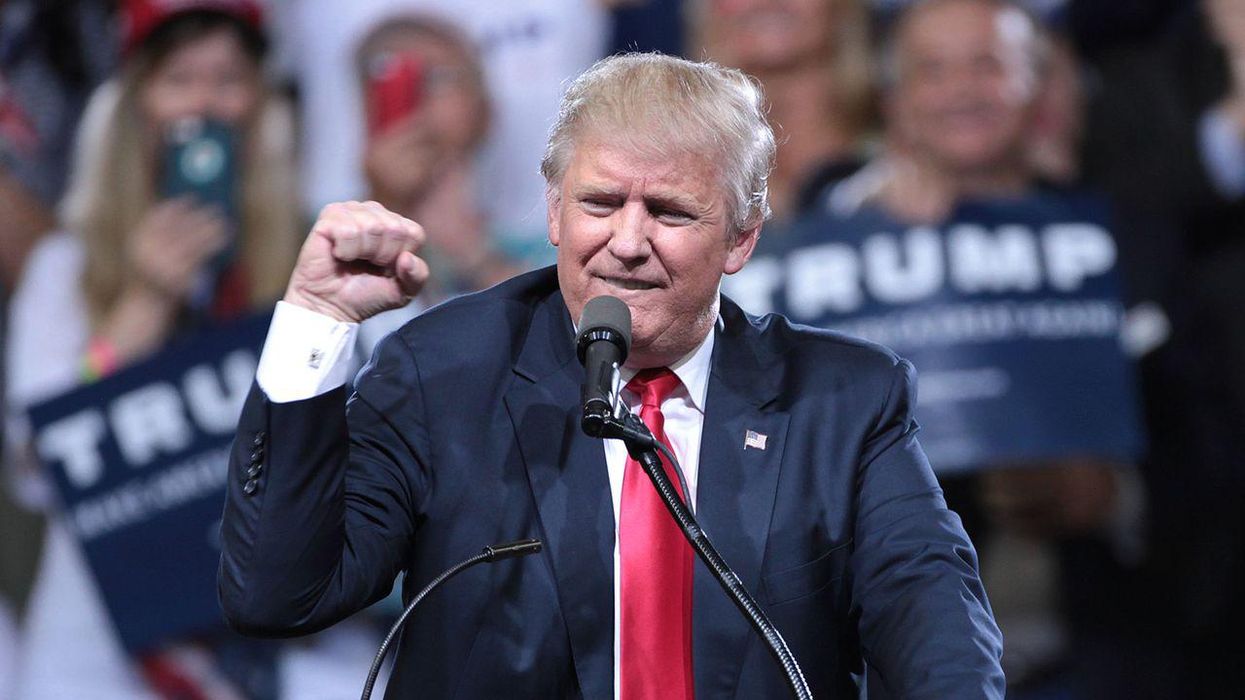 In a civil lawsuit filed earlier this year, Rep. Eric Swalwell of California sued former President Donald Trump, Rep. Mo Brooks of Alabama, former New York City Mayor Rudy Giuliani and other MAGA Republicans for lying about the 2020 presidential election, inciting the mob that violently attacked the U.S. Capitol Building on January 6 and causing pain and distress to those who were victimized by the violence during the insurrection. Legal expert Ryan Goodman — in a Twitter thread posted on July 27 — lays out some reasons why a U.S. Department of Justice memo issued that day is a hopeful sign for Swalwell's lawsuit and others.

Goodman, in addition to serving as co-editor of Just Security, is a New York University law professor and an ex-DOJ special counsel. In his July 27 thread, Goodman describes the DOJ memo as a "clear-as-day signal that Trump" will "not be shielded from these lawsuits brought by @RepSwalwell, Capitol Police officers, and others for allegedly inciting" the "#Jan6 attack." The "golden words" in the DOJ memo, according to Goodman, are "or any federal employee."

DOJ sends a clear-as-day signal that Trump would also not be shielded from these lawsuits brought by @RepSwalwell,… https://t.co/QKSA26bExv
— Ryan Goodman (@Ryan Goodman) 1627434742.0

The memo reads, "Inspiring or conspiring to foment a violent attack on the United States Congress is not within the scope of employment of a Representative — or any federal employee — and thus is not the sort of conduct for which the United States is properly substituted as a defendant under the Westfall Act."

The Federal Employees Liability Reform and Tort Compensation Act of 1988, a.k.a. the Westfall Act of 1988, protects federal government employees from common law lawsuits while they are performing their duties. But it also allows civilians to seek damages in lawsuits.

The DOJ memo, according to Goodman, offers some "other signals" that Trump is "not shielded" by the Westfall Act "from these lawsuits." The memo, Goodman notes, points out that Trump's January 6 rally "was a campaign event." The memo reads, "Candidate Trump, who spoke later that day, put it bluntly on January 6: the rally was about whether 'we win the election.'"

2. Other signals in DOJ brief that Trump is also not shielded by Westfall Act from these lawsuits. https://t.co/bEwu7YNjUX
— Ryan Goodman (@Ryan Goodman) 1627434924.0

According to the DOJ's July 27 memo, "Under his view, it is not clear what limit there would be to his legislative functions; so long as he could point to some desire on some part of his constituency, any purely electioneering or campaign activity would fall within the scope of his office or employment and require the United States to bear responsibility for any alleged tortious conduct."

Reporting on the memo in Politico, reporters Kyle Cheney and Josh Gerstein explained, "Trump's lawyers have moved to dismiss Swalwell's case against him but have not filed any motions seeking to have the U.S. government take over his defense. His attorneys have declined to explain their rationale."