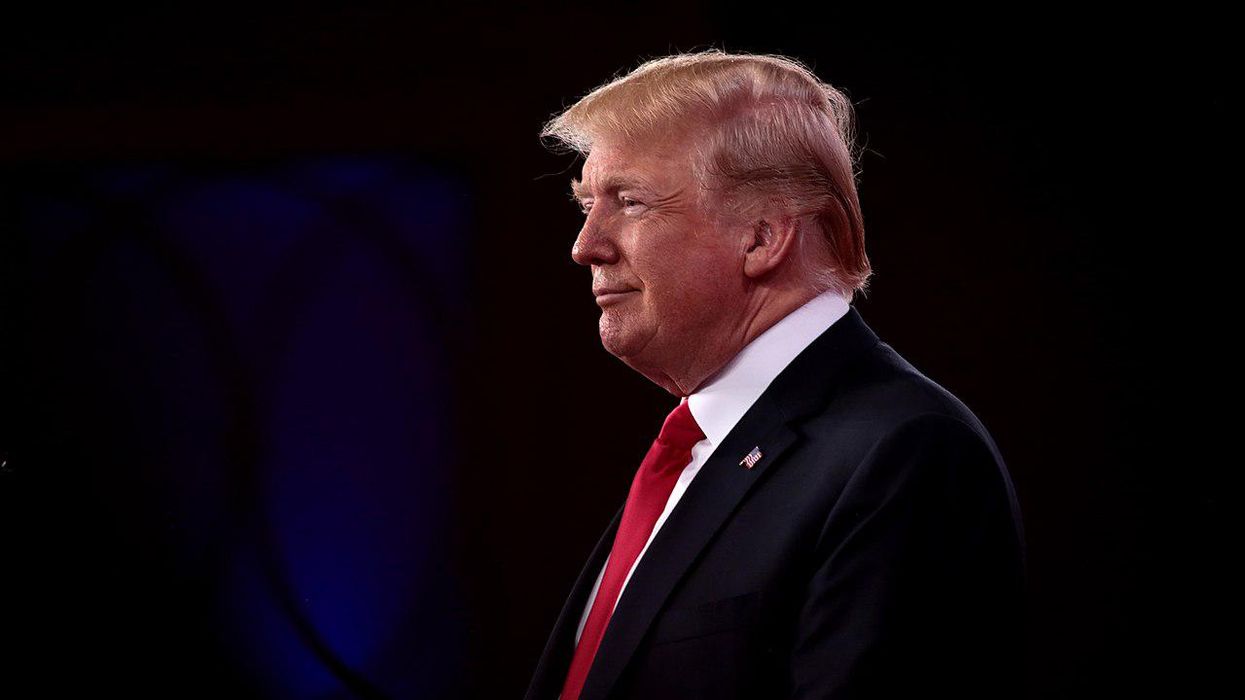 On July 1, former President Donald Trump was furious to learn that Allen Weisselberg, chief financial officer for the Trump Organization, has been indicted on felony charges that include grand larceny, criminal tax fraud and falsifying business records — and that the Trump Organization itself has also been indicted for alleged financial crimes. These indictments resulted from an in-depth investigation by Manhattan District Attorney Cyrus R. Vance, Jr., whose office has been working closely with New York State Attorney General Letitia James. Journalist Bess Levin analyzes these developments in her Vanity Fair column, arguing that a sizable "paper trail" gives Vance's office a major advantage in the case.

"In life, a good rule of thumb is to not engage in the sort of behavior that could result in being charged with numerous felonies; in other words, don't do crimes," Levin writes. "But if you're going to ignore that rule, and you don't want to spend years in prison, another piece of advice is to not leave such an obvious paper trail of said crimes that you might as well have stuck a Post-it note on a stack of files that reads, 'Hey, everybody, come check out all the laws I've been breaking! It's all right here! Get the handcuffs ready!' Which, based on the indictment unsealed in a Manhattan courtroom today, is basically what the Trump Organization and its longtime CFO did, for more than a decade. Whoops!"

Levin notes some of the allegations in the indictments — for example, part of the Weisselberg indictment reads, "Weisselberg caused the Trump Corporation to issue corporate checks made payable to a Trump Organization employee who cashed the checks and received cash. The cash was given to Weisselberg for his personal use. The Trump Corporation booked this cash as 'Holiday Entertainment,' but maintained internal spreadsheets showing the cash to be part of Weisselberg's employee compensation."

Another part of the indictment that Levin quotes reads, "For certain years, the Trump Organization maintained internal spreadsheets that tracked the amounts it paid for Weisselberg's rent, utility, and garage expenses. Simultaneously, the Trump Organization reduced the amount of direct compensation that Weisselberg received in the form of checks or direct deposits to account for the indirect compensation that he received in the form of payments of rent, utility bills, and garage expenses."

Levin argues, "It appears that not only did the Trump Organization and Allen Weisselberg engage in so many scams that they were hit with a whopping 15 criminal charges — including conspiracy, grand larceny and multiple counts of tax fraud and falsifying records — but they were really, really stupid about it. Despite the fact that Weisselberg and the company were very effective at allegedly hiding all sorts of income from the Internal Revenue Service — largely through fringe benefits like apartments, cars, and private school tuition the Trump Org paid for that were never declared as income — they apparently never envisioned a scenario in which they would be investigated, hence the decision to keep meticulous records of all the taxes they were allegedly dodging."

Former President Trump himself has not been indicted; nor have any of his children or Matthew Calamari, chief operating officer for the Trump Organization. But Michael Cohen, Donald Trump's former personal attorney and "fixer," has been stressing that the Weisselberg indictment is only the "tip of the iceberg" where Vance's investigation is concerned.

"Weisselberg, who pleaded not guilty on Thursday alongside the ex-president's business, is now facing more than a decade in prison, if convicted on all charges," Levin observes. "And while prosecutors are presumably still hoping he'll flip and testify against Trump, according to former Trump Organization attorney Michael Cohen, the government will still be able to make its case without him."