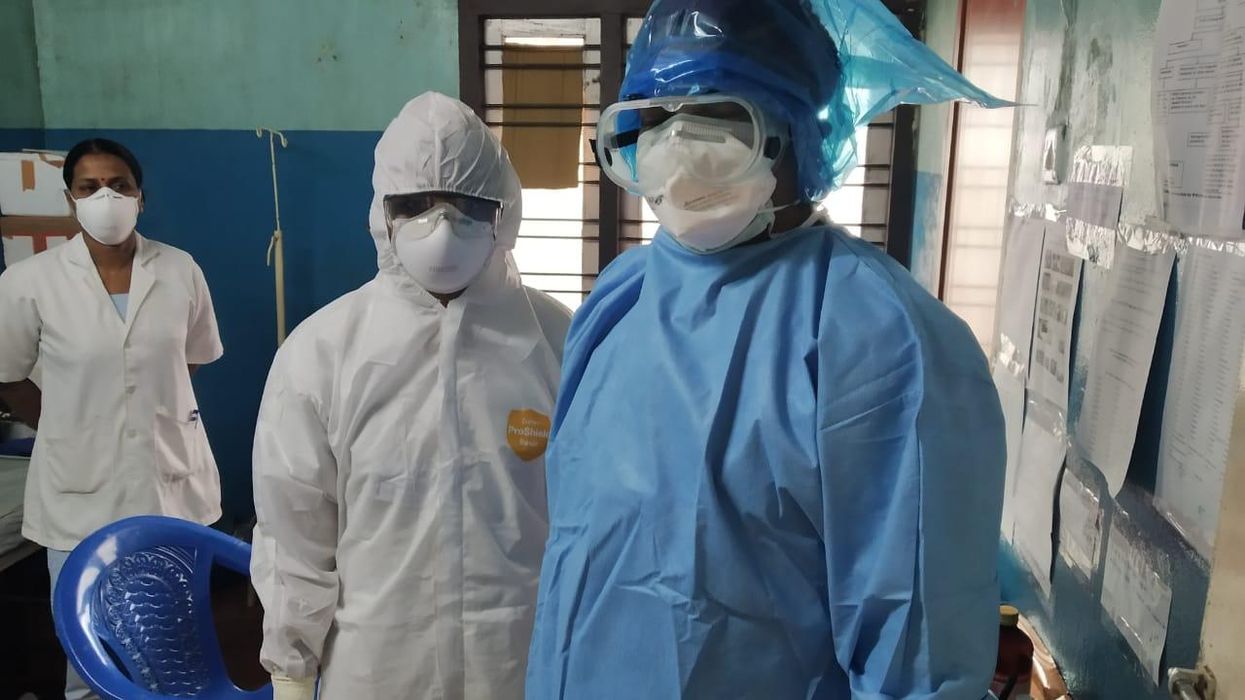 Missouri is among the red states that has a low COVID-19 vaccination rate and is being slammed by the COVID-19 Delta variant. Dr. Faisal Khan, acting director of the St. Louis County Health Department, has been pushing for a mask mandate — and far-right MAGA extremists and anti-maskers have subjected him to racist insults because of it.

Khan encouraged a mask mandate when he spoke at a St. Louis County Council meeting on Tuesday, July 27. And in a letter he wrote to Council Chair Rita Heard Days on July 28, he described the racism and harassment he was subjected to.

"I have been a proud citizen of the United States since 2013," Khan told Days in the letter. "In all that time and in all those places, I have never been subjected to the racist, xenophobic and threatening behavior that greeted me in the County Council meeting last night."

Khan emphasized that the anti-maskers who inundated him with racist insults "appeared to be" supporters of former President Donald Trump.

Khan told Days, "The great majority of the people in the raucous crowd appeared to be from the 'MAGA' movement, as evidenced by their 'Trump 2024' chants. The MAGA movement is well-known for xenophobia and discriminatory treatment of racial minorities and has engaged in violent acts against government institutions like in our nation's capital on January 6."

In his letter, Khan called out St. Louis County Councilman Tim Fitch, a Trump supporter and anti-masker, and "his friend Mark McCloskey," who Khan said was "seated right behind me" during the July 27 meeting. Fitch, Khan noted, has "posted on social media that mask mandates are 'un-American.'"

"One cannot help but see the connection between the efforts of Mr. McCloskey and Mr. Fitch to stoke xenophobia against me," Khan told Days. "I'm sure you are aware that Mr. McCloskey — like Mr. Fitch — is a well-known MAGA movement figure. In line with Councilman Fitch's incendiary comments and Mr. McCloskey's social media post, several audience members then started mocking my accent while I was presenting to the Council."

Khan, in his letter to Days, went on to say that the "demeaning treatment" he was subjected to on July 27 became even worse.

"After my presentation was completed," Khan explained, "I tried to leave the chamber but was confronted by several people who were in the aisle. On more than one occasion, I was shoulder-bumped and pushed. As I approached the exit and immediately outside the chambers, I became surrounded by the crowd in close quarters, where members of the crowd yelled at me, calling me a 'fat brown cunt' and a 'brown bastard.' After being physically assaulted, called racist slurs, and surrounded by an angry mob, I expressed my displeasure by using my middle finger toward an individual who had physically threatened me and called me racist slurs."