Experts beware: America may be headed for a Scopes moment 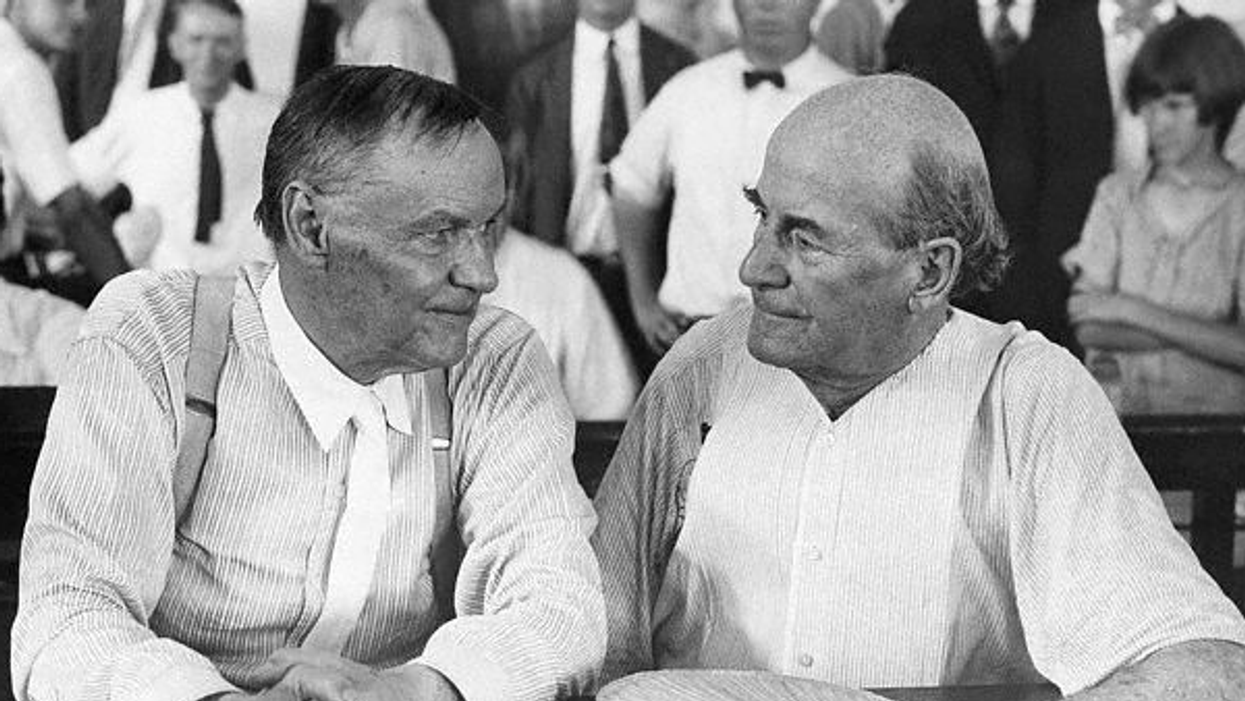 In a recent debate over a law to ban the teaching of Critical Race Theory, Tennessee legislator Justin Lafferty (R) explained to his colleagues that the 3/5th Compromise of 1787, used to determine a state's representation in Congress by counting enslaved people as "three fifths of all other Persons," was designed with "the purpose of ending slavery." Lafferty had his facts spectacularly wrong, but that did nothing to derail the law's passage.

Anti-Critical Race Theory laws like the one passed in Tennessee – as well Texas, Iowa, Oklahoma, and Florida -- are not just aimed to push back against the heightened awareness of the nation's history of racial injustice in the wake of the popularity of the 1619 Project and last summer's massive protests over the murder of George Floyd. They are also attacks on educators -- and on expertise itself. As Christine Emba explained in a recent Washington Post article on conservatives' current obsession with Critical Race Theory, "disguising one's discomfort with racial reconsideration as an intellectual critique is still allowed." Not only is it allowed in these public debates, it is an effective strategy to curb movements for social change. It is also not new.

A century ago a similar right-wing outrage campaign was launched against the teaching of evolution in public schools. The 1925 Scopes "Monkey Trial" remains a touchstone of this era of conservatism. When John Scopes, a substitute teacher in Dayton, Tennessee was charged with violating a new state law against teaching evolution, the case became an international story. Scopes was found guilty and fined $100.

The Scopes Trial's legacy rests perhaps too comfortably on defense lawyer Clarence Darrow's skewering of the anti-evolution hero William Jennings Bryan in that hot Tennessee courtroom, memorialized in the play (and film) Inherit the Wind. Darrow's withering questioning made Bryan appear ignorant and incurious. In response to Darrow's questions about other religious and cultural traditions, Bryan acknowledged that he did not know about them, but added that he did not need to know since through his Christian faith, "I have all the information I need to live by and die by."

Bryan's responses were more clever than the popular legend of the trial might lead us to believe. By asserting that he did not need to know what Darrow and the scientists knew, Bryan was calling into question the social value of modern expertise itself. When Darrow asked if Bryan knew how many people there were in Egypt three thousand years ago, or in China five thousand years ago, Bryan answered simply, "No." Darrow pressed on, "Have you ever tried to find out?" Bryan: "No sir, you are the first man I ever heard of who was interested in it." Translation: experts studied subjects that no one needed to care about. When asked if he knew how old the earth was, Bryan again responded he did not, but added that he could "possibly come as near as the scientists do." Here Bryan rejected the premise that the experts really knew what they're talking about any more than he – presenting himself to the court and the public as a simple man of faith -- did.

The legacy of these tactics is on full display today. As David Theo Goldberg wrote in the Boston Review recently, Republican critics of Critical Race Theory "simply don't know what they're talking about." Goldberg is correct of course, but their ignorance is not a hole they are looking to fill anytime soon. It is rather both a shield and a weapon used to go on the offensive against the experts themselves. What the experts "know" about the 3/5th Compromise or the history of racial injustice generally (or climate change, or the dangers posed by COVID-19, or the outcome of the 2020 election) threatens their beliefs in how American society should look and function.

Similar to what we're seeing today, the attack on the teaching of evolution in the 1920s was an effective means by which to challenge all manner of troubling developments that always seemed to emanate from the latest pronouncement of some expert somewhere. Mordecai Ham, for example, was a popular Baptist preacher who first converted Billy Graham. In a 1924 sermon he moved seamlessly from attacking evolution as false to warning parents that having Darwinism taught to their children would assuredly lead to communism and sexual promiscuity. He thundered, "you will be in the grip of the Red Terror and your children will be taught free love by that damnable theory evolution." That Ham skipped effortlessly from the teaching of evolution to Bolshevism to free love makes sense only if one remembers that winning a debate over evolution was not the goal--condemning the modern day teaching of evolution was. Evolution then served as the entry point to attack educators and expertise in general as existential threats to their way of life.

After Bryan's death in 1925 sidelined the evolution debate, conservatives continued to connect expertise with unwelcome social change. When University of North Carolina (UNC) sociologists began to investigate the often-poor living conditions in nearby textile mill villages, David Clark, publisher of the Southern Textile Bulletin, the voice of the powerful textile industry, became irate. Clark was convinced that university sociologists were not "just" interested in research. In response he accused the school's experts of promoting "dangerous tendencies" and "meddling" in the business community's affairs. The university, he charged, "was never intended as a breeding place for socialism and communism." UNC's sociologists like Howard Odum, a fairly conservative, but well-respected expert, was taken aback by Clark's virulence. But, like Bryan and Ham, linking expertise with radicalism was central to Clark's strategy.

As Goldberg observed of today's critics of Critical Race Theory, David Clark actually knew very little about sociology or socialism. This became clear when UNC invited him to campus in 1931 to make his case before the faculty and students themselves. During the question and answer period an exasperated audience member asked Clark if he knew what socialism actually was. He responded: "I don't know, and I don't think anybody else does." A newspaper account recorded that "The audience fairly howled."

Clark's followers would not have been bothered by his concession on socialism -- and they would have not been surprised that the university audience laughed at him. Once again, the goal was not to win a debate over socialism; it was to stop social change they objected to. The experts represented a movement aimed at them, they believed -- a movement that also seemed to take delight in pointing out all that people like David Clark did not know. UNC, so proud of its accomplished faculty, was actually, in the conservatives' view, a "breeding ground for reformers" and "radicals."

The factual misstatements by today's Republicans can seem breathtaking to those who value living in an evidence-based reality. These include historical errors like Representative Lafferty's forehead-smacking error on the 3/5th Compromise or Congressman Madison Cawthorn's (R-NC) reference to James Madison signing the Declaration of Independence. And there is the ongoing misrepresentation, and even outright denial, of current day events that happened in plain sight – the January 6th insurrection, for example. But attempts by "the experts" to set the record straight will most likely be seen as more proof that the world is out to get them. For the rest, perhaps some comfort can be taken by remembering that facts, as John Adams once pointed out, "are stubborn things."

harles J. Holden is Professor of History at St. Mary's College (MD). He is the author of Republican Populist: Spiro Agnew and the Origins of Donald Trump's America (University of Virginia Press, 2019).