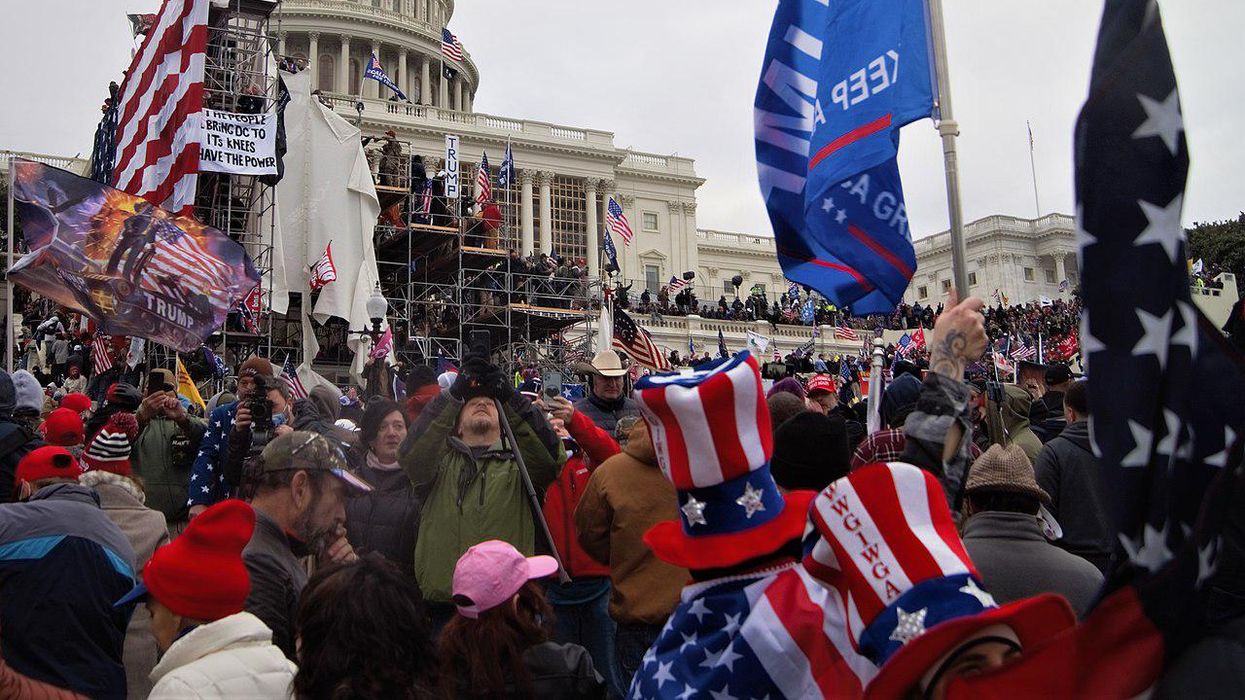 Washington Post reporters Carol Leonnig and Philip Rucker cover a lot of ground in their new book, "I Alone Can Fix It: Donald J. Trump's Catastrophic Final Year," including the January 6 attack on the U.S. Capitol Building. The Pentagon publicly released a timeline of the events of January 6, and a Twitter thread by Ryan Goodman — co-editor of Just Security and a former special counsel to the U.S. Defense Department's general counsel — notes some things that are in Leonnig and Rucker's book but aren't in the Pentagon's timeline.

Goodman opens the thread by explaining that its focus is "items in @CarolLeonnig @PhilipRucker book that Pentagon OMITTED in #Jan6 Timeline it released to public." And the first thing Goodman notes is that after the Capitol had been attacked by rioters on January 6, Joint Chiefs of Staff Chairman Mark Milley "recommended calling up neighboring National Guard units immediately." But U.S. Army Secretary Ryan D. McCarthy didn't "get around to it until 2.5hrs after Capitol" was "breached."

Goodman points out that at 2:30 p.m. on January 6, Milley's recommendation was to "send out a call for National Guard reinforcements from the nearby states." And Goodman goes on to point out that at 4:39 p.m. that day, then-Acting Defense Secretary Christopher C. Miller gave then-White House Chief of Staff Mark Meadows "an update on the status of removing protesters from the complex" — according to Leonnig and Rucker — and Sen. Mitch McConnell "sounded furious" when he joined the call.

The Leonnig/Rucker book, Goodman writes, shows that there were "egregious omissions" in the Pentagon timeline.

Goodman tweets, "Main point is these egregious omissions on their own. Raises further questions: Question: Does Army Secretary McCarthy finally get around to calling Maryland's @GovLarryHogan at 4:40pm only after 4:39pm call where McConnell sounds furious about DoD lack of action?"

The Just Security co-editor adds, "Further question raised by these omissions: Is McConnell's request to DoD to clear the building incongruent with what DoD ultimately does, which is deploy the Guard only to the perimeter (and late in the day)?.... Additional Q raised by these omissions: What other communications between DoD and White House are omitted from the Pentagon's timeline?"

"I Alone Can Fix It" has a July 20 release date, meaning that the book is coming out exactly six months after Trump left the White House on January 20 and Joe Biden was sworn in as president."