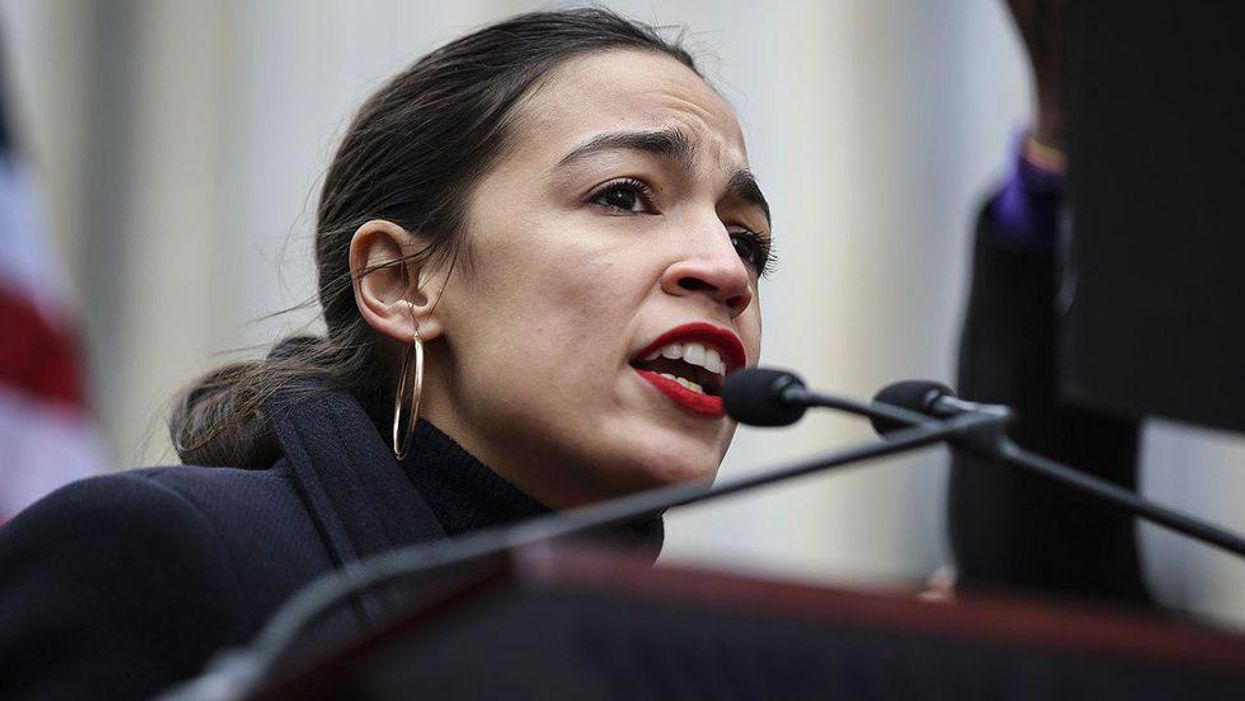 Democratic Congresswoman Alexandria Ocasio-Cortez on Thursday condemned the Biden administration for upholding the United States' crippling embargo against Cuba, where people have taken to the streets in recent days to protest food and medicine shortages exacerbated by the decades-old economic restrictions.

"The embargo is absurdly cruel and, like too many other U.S. policies targeting Latin Americans, the cruelty is the point," Ocasio-Cortez (D-N.Y) said in a statement Thursday night. "I outright reject the Biden administration's defense of the embargo. It is never acceptable for us to use cruelty as a point of leverage against every day people."

In late June, just weeks before the protests in Cuba began, the Biden administration joined the Israeli government in voting against a United Nations resolution calling for an end to the longstanding U.S. embargo, which—according to a 2018 U.N. report—has cost the island nation's economy $130 billion since it was imposed in the 1960s. The U.N. General Assembly overwhelmingly approved the nonbinding resolution by a vote of 184-2, with Colombia, Ukraine, and Brazil abstaining.

Last October, the Cuban government estimated that the U.S. embargo cost the country's economy more than $5 billion between April 2019 through March 2020, the month the World Health Organization declared the coronavirus crisis a global pandemic.

In her statement on Thursday, Ocasio-Cortez expressed solidarity with Cubans protesting for better economic conditions and criticized the Cuban government for what she described as "anti-democratic" responses to the recent street demonstrations. But the New York Democrat added that "we also must name the U.S. contribution to Cuban suffering: our 60-year-old embargo."

The Biden administration is currently in the process of reviewing the U.S. policy of economic warfare against Cuba, which the Trump administration intensified by tightening sanctions and declaring the country a "state sponsor of terror"—a designation that inflicted additional damage on the Cuban economy.

President Joe Biden has yet to reverse his predecessor's damaging policy moves toward Cuba, despite growing pressure to do so. During a press conference on Thursday, Biden said he does not intend to ease a policy barring people in the U.S. from sending money to their Cuban relatives on the island.

In recent days, Biden administration officials have downplayed the role of the U.S. embargo in causing acute food and medicine shortages in Cuba, issues that the coronavirus pandemic has made substantially worse. Speaking to reporters earlier this week, U.S. State Department spokesperson Ned Price dismissively referred to the embargo as the "so-called embargo" and refused to say whether the ban on remittances is harming the Cuban economy.

Price went on to claim that current U.S. policy "allows humanitarian goods to reach Cuba," but The Intercept reported last month that U.S.-imposed trade restrictions have contributed to the island nation's struggle "to obtain critical foreign-made medical supplies to treat its own population" and other necessities.

William LeoGrande, professor of government at American University in Washington, D.C., wrote in a column for The Daily Beast on Thursday that the protests in Cuba "should be a decision-forcing event for the Biden administration."

"In the next few weeks, Biden will have to make a fateful choice," wrote LeoGrande. "He can slide Cuba to the back burner of his agenda once again in the hope that the crisis on the island will subside without any U.S. action. Or he can act decisively, announcing a policy aimed at reducing the suffering of the Cuban people by lifting Trump's sanctions—as he promised to do during the presidential campaign."