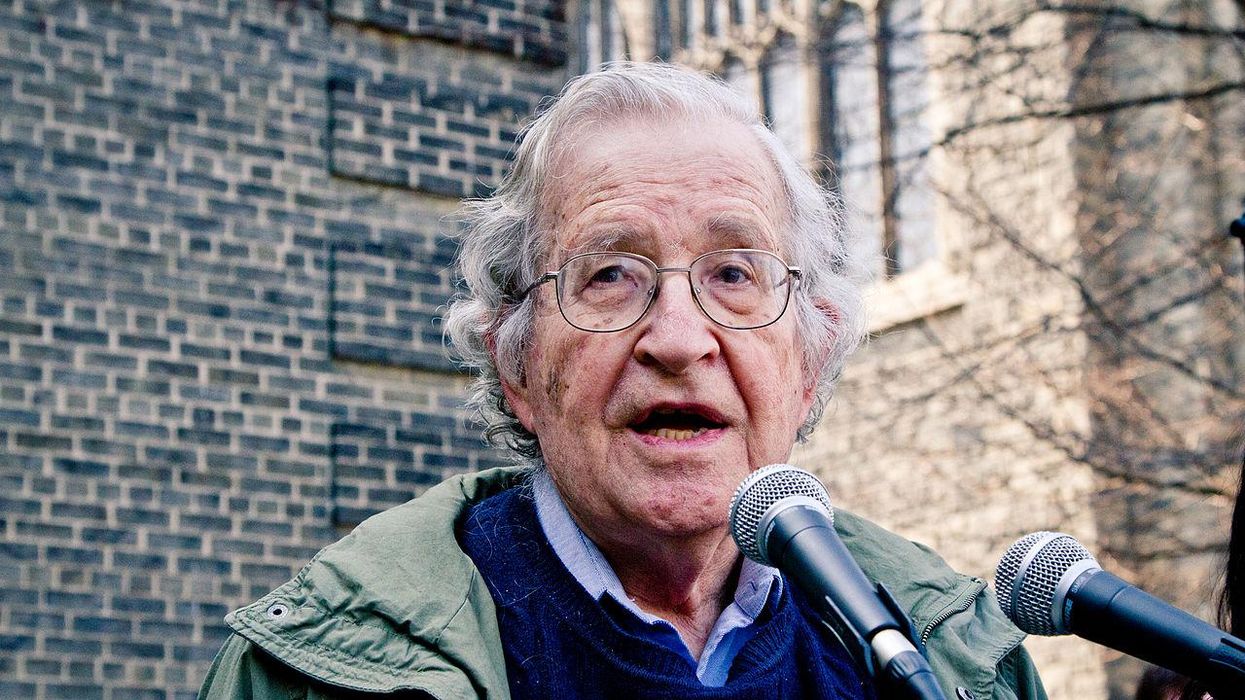 Left-wing author Noam Chomsky, now 92, has lived through everything from the Great Depression and World War II to Watergate to 9/11. Chomsky can recite chapter and verse about the political and economic events he has witnessed over the years. And during an interview for FacingFuture.tv that was posted by YouTube on July 8 and Counterpunch on July 12, Chomsky laid out some reasons why he is so worried about the future in 2021.

Those reasons range from climate change to the possibility of nuclear war to authoritarian movements, including the authoritarianism of the modern-day Republican Party in the United States. All of those things, according to Chomsky, are accelerating "the Doomsday Clock."

Chomsky told FacingFuture Executive Producer Stuart Scott and co-host Dale Walkonen, "We're living in a world of total illusion and fantasy…. Unless this is dealt with soon, it'll be impossible to deal with the two major issues within the time span that we have available, which is not very long."

The "two major issues" that Chomsky was referring to are nuclear weapons and climate change. And when the Philadelphia native speaks of "illusion and fantasy," he includes the GOP in that — noting that 70% of Republicans, according to polling, believe that the 2020 election was stolen from former President Donald Trump and that only 15% of Republicans consider climate change a serious problem.

Chomsky also pointed out that 25% of Republicans embrace QAnon's ludicrous conspiracy theory that the U.S. government has been infiltrated by an international cabal of child sex traffickers, Satanists and cannibals. Any party that holds such views, Chomsky argued, has abandoned "any kind of rational discourse."

Chomsky, who views the Trumpified GOP as both dangerously authoritarian and delusional, warned that if Republicans return to the White House following the 2024 presidential election, "it is very likely it will be an organized death knell for human society…. The programs they are pursuing offer no hope for survival."

Chomsky, however, wasn't totally pessimistic during the interview — and he praised the Green New Deal proposals of Rep. Alexandria Ocasio-Cortez and Sen. Ed Markey.

"There are good people like Ocasio-Cortez and Markey," Chomsky told FacingFuture, "but they're not going to get anywhere unless there's extensive popular pressure compelling the legislative authorities, the Congress, the White House to pursue these objectives."

A Conversation with Noam Chomsky www.youtube.com