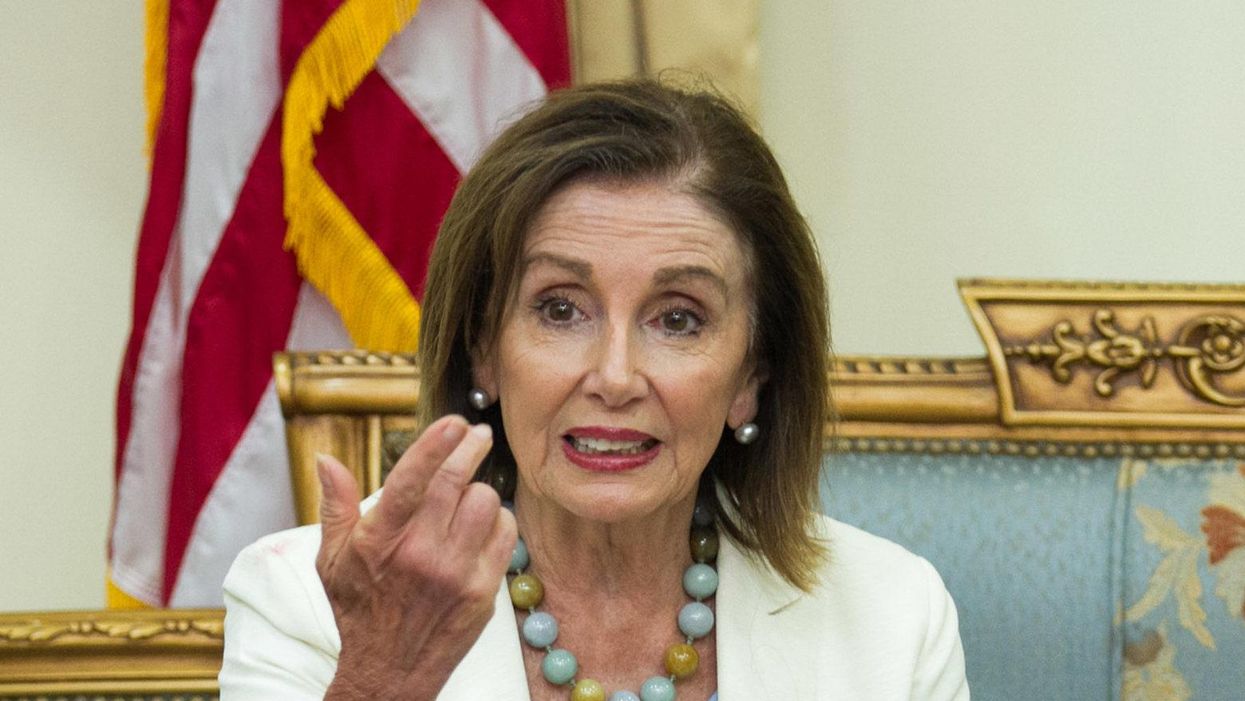 Speaker of U.S. House of Representatives Nancy Pelosi led a U.S. congressional delegation to Ghana from July 28 -31, 2019 to commemorate the "Year of Return" and mark 400 years since the first enslaved Africans arrived in Jamestown, Virginia.

House Speaker Nancy Pelosi announced Wednesday that GOP Reps. Jim Jordan of Ohio and Jim Banks of Indiana will not be allowed to serve on the Select Committee investigating the Jan. 6 attack on the Capitol, despite Minority Leader Kevin McCarthy's request.

Reps. Rodney Davis of Illinois, Kelly Armstrong of North Dakota, and Troy Nehls of Texas, will be allowed to serve as McCarthy's nominees.

"Monday evening, the Minority Leader recommended 5 Members to serve on the Select Committee. I have spoken with him this morning about the objections raised about Representatives Jim Banks and Jim Jordan and the impact their appointments may have on the integrity of the investigation," Pelosi said in a statement. "With respect for the integrity of the investigation, with an insistence on the truth and with concern about statements made and actions taken by these Members, I must reject the recommendations of Representatives Banks and Jordan to the Select Committee."

She acknowledged this was an aggressive step but argued it was necessary.

McCarthy will be permitted to pick two replacements for Banks and Jordan, Pelosi said, but it's not clear if he'll comply. Under the rules for the select committee, Pelosi could pick seven members, and McCarthy could select five, subject to the speaker's approval. In her own gesture toward bipartisanship, Pelosi included among her picks GOP Rep. Liz Cheney of Wyoming, who was recently removed from House Republican leadership because of her vocal criticism of former President Donald Trump and his actions that led to the Jan. 6 attack.

McCarthy's decision to nominate Jordan and Banks had already come under criticism before Pelosi's announcement. Many argued their inclusion, given their rank partisanship and fierce defense of Trump, showed McCarthy was interested in undermining the committee rather than helping it find the truth.

"[T]he appointment of two people whose obvious role is sabotage — like Banks, Jordan played a big role in sowing doubts about 2020 — shows that McCarthy must do all he can to muddy up a full accounting," wrote Washington Post columnist Greg Sargent on Tuesday. "[T]his level of bad faith about a matter involving nothing less than the durability of our political order requires a response: Democrats must say no to it. And the media has a role here, too. As Brian Beutler notes, this sort of GOP 'bad acting' can no longer be covered as a 'given.'"

He continued: "Instead, the basic facts of the situation — like McCarthy's choice of Banks and Jordan — should be unflinchingly rendered as what they truly are: central to a broader campaign to cover up an effort to overturn our political order, a coverup saturated in a level of venality, bad faith and contempt for the public interest that has no place in a functioning democracy."

McCarthy has no one to blame but himself for ending up in this situation. Pelosi and the Democrats had negotiated a plan for an independent commission that would have had an equal number of appointees from each party, and the speaker would've been unable to veto McCarthy's picks. But McCarthy rejected that offer, followed closely by Senate Minority Leader Mitch McConnell. Though the plan passed the House on a bipartisan basis, and it won a handful of Republican votes in the Senate, it failed to reach the 60-vote threshold needed to overcome the filibuster and become law. Pelosi established the House select committee as an alternative, in which she has far more control.