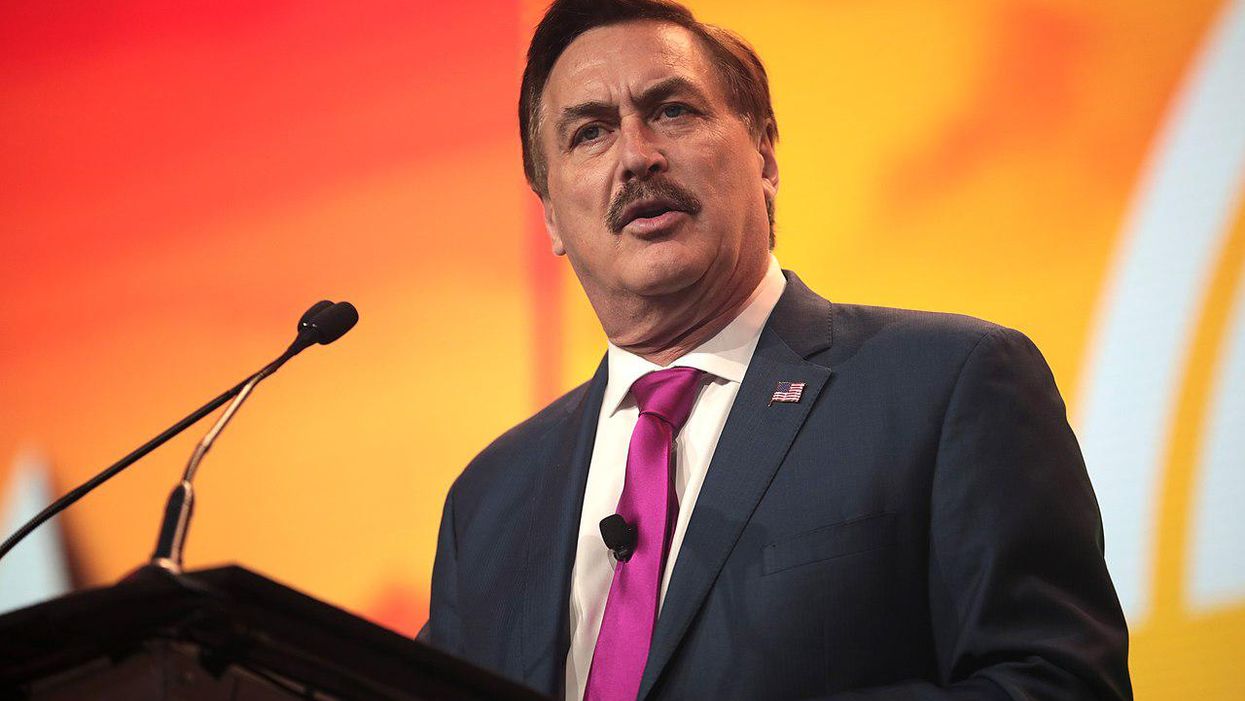 MyPillow CEO turned 2020 election truther Mike Lindell, whom I have interviewed many times by phone, got his first chance to meet me in person on Sunday at the Conservative Political Action Conference (CPAC) gathering here. He did not waste the opportunity, accusing me of being "evil" and "destroying the country"

While taking in the carnivalesque sights and of CPAC early on Sunday afternoon, I noticed Lindell by his booth on the conference floor. I approached and introduced myself, beginning to ask some of the questions he has avoided answering during our multiple phone conversations.

Much of the following exchange was captured on video and later posted by Raw Story. "I'm going to tell you something, and I'm going to tell everybody," Lindell began. "In our country's history, every single election official, if there's fraud involved, there's not a statute of limitations. They take the guy that won, and they put him back in office, and it's just never happened at the presidential level." (In fact, cases of courts overturning certified elections at any level are vanishingly rare. At the federal level, it is likely a legal and constitutional impossibility.)

"The Supreme Court will vote 9-0 to pull this [the election] down," Lindell continued. "And you can sit here and go, 'Come on, Mike.' You know what? I'm just telling you what's going to happen, and if it doesn't happen — if they don't watch it, that's when the whole public is going to go, 'You have to protect our country.'"

Lindell continued explaining his proposed path to reinstate former President Donald Trump, which he has been discussing for months. His original deadline of an Aug. 13 deadline for Trump to return to power is now barely a month away.

Nearing the end of the interview, I asked Lindell about the raw data he claims to possess relating to the 2020 election, specifically the "packet-captures" (PCAPS) he has mentioned on several occasions. If the information is so explosive, I wondered, why doesn't he share it with the media?

"Sorry, Zachary. Sorry, Zachary," he responded, dodging the question by repeatedly asking whether I enjoy "destroying this country."

Later on Sunday afternoon, Salon learned from sources close to Lindell that he participated in a behind-the-scenes roundtable event with Trump ahead of the former president's keynote address.

You can watch portions of my exchange with Lindell above, via YouTube.