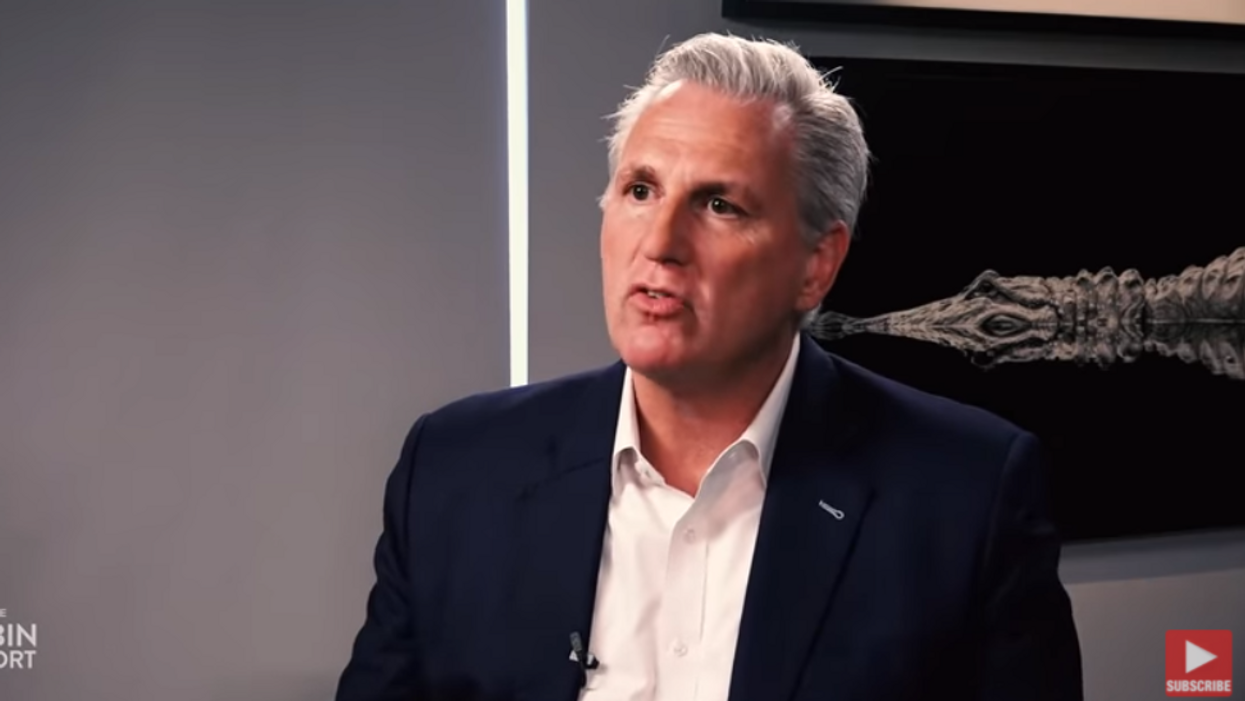 Rep. Kevin McCarthy (R-Calif.) caused quite a stir when he failed miserably at invoking the late Rev. Dr. Martin Luther King Jr.'s words to support his push back against Critical Race Theory (CRT).

On Monday, July 12, the California lawmaker appeared on BlazeTV for an interview with host Dave Rubin. McCarthy attempted to distort the meaning of MLK's words as he argued that Democratic advocates and activists appear to be embracing judgment based on skin color, which the late civil rights activist condemned.

"Critical Race Theory goes against everything Martin Luther King has ever told us, don't judge us by the color of our skin, and now they're embracing it," McCarthy said during the interview. "Right, they're going backwards."

McCarthy also predicted that the Republican Party would regain control of the House during the 2022 primary election. He claimed his prediction is based on political trends he claims are happening across the United States. "The next election is going to be big, right, because all these things about defunding the police. They're all... these Democrat policies that are now going in place we're seeing the outcome," McCarthy told Rubin. "The woke-ism, the open border, the inflation...where we're going to have the biggest victory... schoolboards."

McCarthy also took to Twitter with a video clip of the interview as he tweeted, "Critical Race Theory goes against everything Martin Luther King Jr. taught us—to not judge others by the color of their skin. The Left is trying to take America backward."

Twitter users quickly pushed back against his claims to untangle MLK's words. Some users even reminded McCarthy of his own political party's scathing history where MLK and civil rights are concerned. One Twitter user wrote, "The party that denied MLK a national holiday for decades doesn't get to hide behind him as a shield for their racism. Try again."

@GOPLeader The party that denied MLK a national holiday for decades doesn't get to hide behind him as a shield for their racism. Try again.
— Alex Cole (@Alex Cole) 1626139470.0

"You need to publicly apologize for this immediately," another Twitter user wrote, "There is no way MLK would ever want you Qevin to use his words to attack Americans. It's a new low for you. Which I thought was impossible."

@GOPLeader You need to publicly apologize for this immediately. There is no way MLK would ever want you Qevin to us… https://t.co/NhJn5bxkOY
— Scott Dworkin (@Scott Dworkin) 1626148226.0