How Democrats fall for right wing-orchestrated attacks on Ilhan Omar 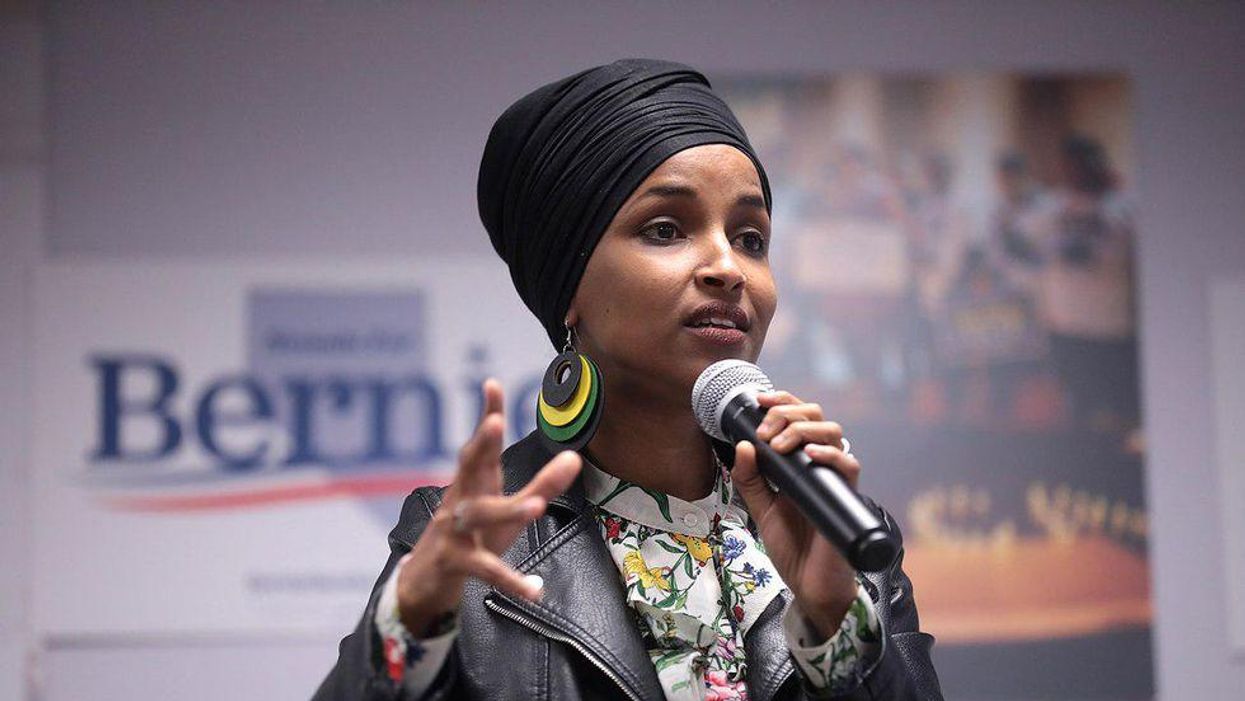 Rep. Ilhan Omar of Minnesota speaking with supporters of Sen. Bernie Sanders at a town hall hosted by Frontline Communities of Nevada at the SEIU Nevada office in Las Vegas, Nevada in February 2020, Gage Skidmore

An anti-disinformation project at the think tank Atlantic Council revealed on Thursday how the Democratic Party has played into the hands of right-wing media organizations that aim to sow discord in the party and scapegoat its progressive wing, particularly Rep. Ilhan Omar.

At the Atlantic Council's Digital Forensic Research Lab, resident senior fellow Emerson T. Brooking and research intern Avani Yadav analyzed one of the most recent controversies centered on Omar, who has been a frequent target of Republicans and centrist Democrats for her condemnation of Israeli policy, statements about U.S.-Israel relations and the powerful pro-Israel lobby, and criticism of Islamophobic U.S. policies following September 11.

On June 7, the Minnesota congresswoman noted in a tweet that the U.S., along with other countries and groups including Israel and the Taliban, has committed "unthinkable atrocities."

We must have the same level of accountability and justice for all victims of crimes against humanity. We have see… https://t.co/Aq6WVVv1mO
— Rep. Ilhan Omar (@Rep. Ilhan Omar) 1623094457.0

Omar's comments were placed in the context of a question she asked Secretary of State Antony Blinken about the International Criminal Court, which the U.S. has not officially recognized, and how victims of crimes against humanity can secure justice.

Even before Omar posted about her remarks on Twitter, former Trump administration adviser Jason Miller tweeted an edited video of her question to Blinken, which had been spliced together by a verified YouTube account called GOP War Room.

Hours later, Fox News picked up the story of the supposed "controversy," setting in motion a domino effect that made the Minnesota congresswoman's tweet a major news story for several days.

Fox "opened the floodgates for misogynistic and Islamophobic attacks against Omar," Brooking wrote. "According to a wordcloud of Twitter comments over those first two days, 'terrorist sympathizer' was especially popular."

The story "existed almost exclusively in the far-right media ecosystem" for the next two days, however, with outlets such as the Daily Wire posting about it repeatedly on social media platforms.

As Brooking explained, Omar's remarks and the outrage stoked by the right-wing media may have stayed mainly in that network of conservative outlets, likely losing steam within a few days as other political stories gained traction, were it not for a group of 12 Democrats who brought it to the attention of the party's House leadership, and to Democratic voters, on June 9.

The 12 Democrats, including Reps. Brad Sherman (D-Calif.), Debbie Wasserman Schultz (D-Fl.), and Jake Auchincloss (D-Mass.), upbraided Omar for supposedly "equating the United States and Israel to Hamas and the Taliban," and accused her of possible "deep-seated prejudice." A day later, House leaders said comments like Omar's could undermine "progress toward a future of peace and security for all" and urged her to "clarify her words."

It wasn't until the Democrats weighed in that news stories about Omar jumped by 800%, leading major outlets like the New York Times to report on her tweet.

By the time House Speaker Nancy Pelosi (D-Calif.) appeared on CNN's "State of the Union" on June 13 to downplay the incident, "the controversy had generated hundreds of thousands of hostile comments targeting Omar and numerous decontextualized or inflammatory articles," wrote Brooking. "It had also prompted a Republican resolution to censure Omar and fractured the Democratic caucus."

The ability of a right-wing YouTube account and Fox News to ultimately lead the mainstream news media to create a major story from an out-of-context remark by Omar represents "a powerful example of agenda-setting" by the far right, Brooking said.

"It was never about Omar's comments. It was about provoking a response. And Democrats fell for it," he added.