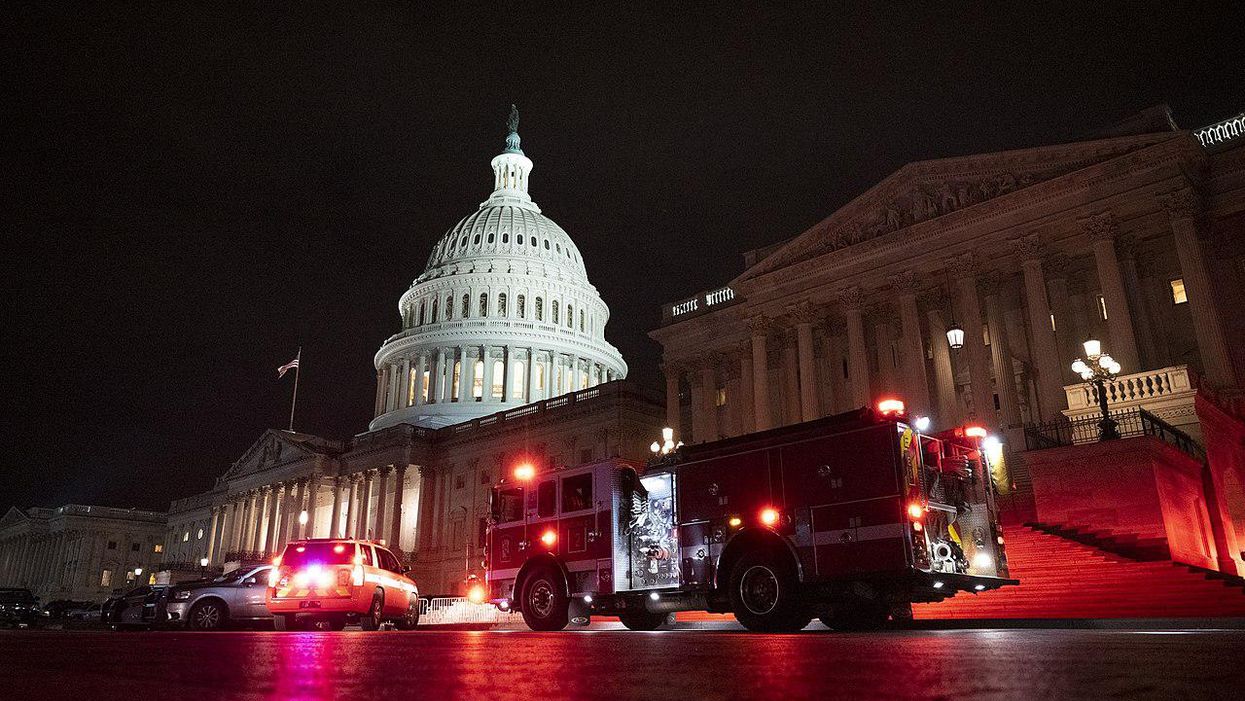 On Monday, U.S. District Judge Randolph D. Moss sentenced Capitol insurrectionist Paul Allard Hodgkins to eight months in prison for his role in the January 6 assault on the U.S. Capitol Building. The sentence was more lenient than the 18 months that the prosecution recommended, but Moss rejected Hodgkins' plea that the judge not give him any prison time at all. Washington Post columnist Jennifer Rubin, a Never Trumper who identified as conservative in the past but believes that the Trumpifed GOP has tarnished the conservative movement, offers four takeaways this week in her Washington Post column.

Moss was quite clear about why he believed that some prison time was in order, telling Hodgkins, "Democracy requires the cooperation of the governed. When a mob is prepared to attack the Capitol, to prevent our elected officials from both parties from performing their constitutional and statutory duty, democracy is in trouble…. People have to know that assaulting the United States Capitol and impeding the democratic process, even if you don't come bearing arms, will have consequences.

1. The January 6 insurrectionists were not 'normal tourists'

Absurdly, Rep. Andrew Clyde of Georgia has equated the January 6 storming of the U.S. Capitol Building with a "normal tourist visit." But Moss, Rubin points out, obviously doesn't see it that way.

"This and subsequent sentences for insurrectionists should drive a stake through the notion that the marauders were nothing more than tourists, as Rep. Andrew S. Clyde (R-Ga.) falsely declared," Rubin writes. "The disgraced former president's suggestion that these were 'very special' people who posed 'zero threat' is another lie among many. It bears repeating in news coverage that Republicans have continued to spread misinformation about the conduct of these cult members."

2. The Capitol rioters were not Antifa members or leftists

Far-right conspiracy theorists have been claiming that Antifa members attacked the U.S. Capitol Building on January 6 in the hope of making supporters of former President Donald Trump look bad. Another ludicrous far-right conspiracy theory claims that Black Lives Matter was behind the insurrection and hired White leftists to attack the Capitol Building. But Hodgkins' eight-month prison sentence, according to Rubin, underscores the fact that the January 6 attack was MAGA all the way. Hodgkins, in fact, was carrying a Trump flag when he stormed the Capitol.

"Moss' sentencing further dispels the MAGA suggestion that the insurrectionists were left-wing protesters — but carrying Trump and Confederate flags?!," Rubin writes. "As defendants own up to their intent to 'overthrow the government,' the attempt to restyle them as heroes or conceal their true identity as White supremacists should come to an end."

3. 'MAGA politicians' who defend the insurrectionists must be called out

Rubin writes, "If the judge can flat-out declare the insurrectionists' malign intent and mark them as threats to democracy, the media should be able to do the same. Reporters should also not hesitate to call out MAGA politicians who continue to revere them. This should include Republicans appointed to the select committee to investigate the events of that day who attempt lie about what happened."

4. The DOJ should investigate GOP lawmakers who aid and abed violent insurrection

In Rubin's view, it's unfair for only the Capitol rioters to face criminal prosecution; the Post columnist believes that Attorney General Merrick Garland and the U.S. Department of Justice should investigate MAGA politicians for possibly helping the insurrectionists in some way.

"This is a moment of reckoning for the Justice Department, which to date, has shown no serious interest in investigating lawmakers who may have assisted the rioters or considering prosecution of the speakers at the 'Stop the Steal!' rally, including the former president," Rubin writes. "It would be perverse to investigate, convict and sentence only the minions who did the bidding of the MAGA elite but allow the people who pulled the strings to escape culpability."