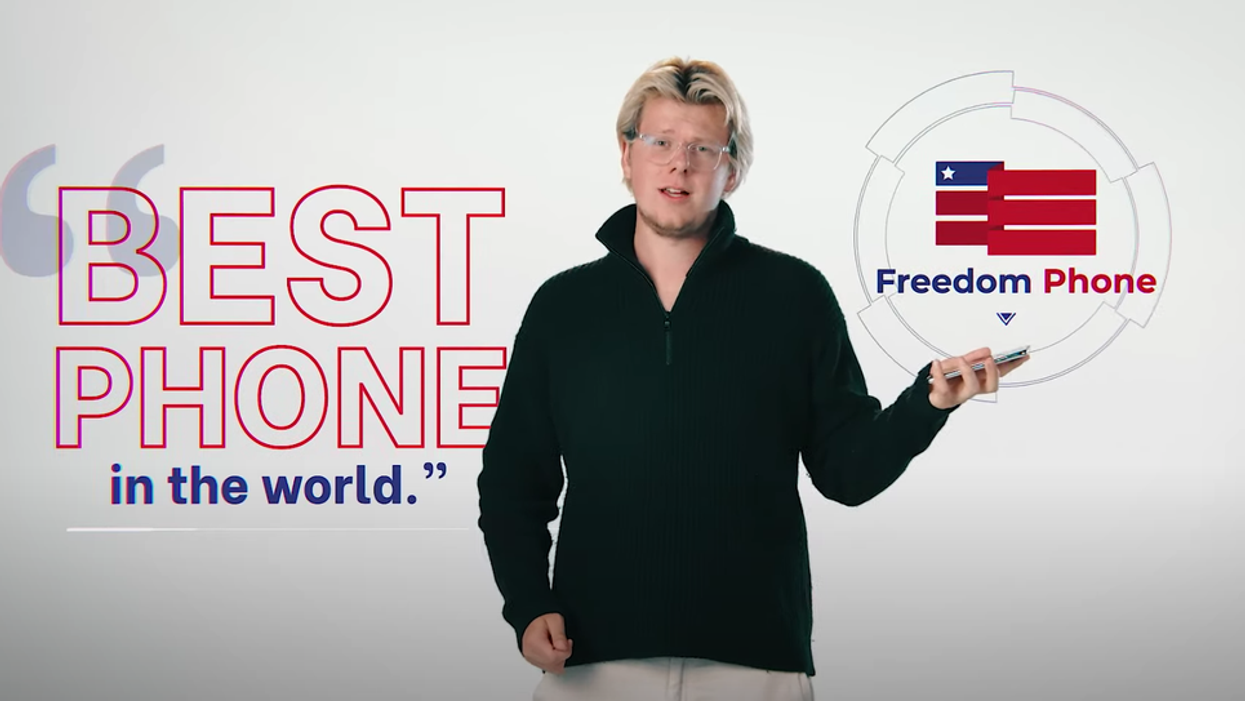 Have you seen the new MAGA-inspired "Freedom Phone"? The mobile device hitting the market appears to be one that addresses the concern of right-wing supporters who are fed up with so-called Big Tech "spying" and "censorship."

According to Gizmodo, the phone is being marketed by Erik Finman, described as a 22-year-old cryptocurrency millionaire who says he "wants America's patriots to take 'back control' of their lives from the tech oligarchy."

"This is the first major pushback on the Big Tech companies that attacked us - for just thinking different," Finman tweeted Thursday morning. "We're finally taking back control."

While some in MAGA world likely believe they've found the remedy to their problem, the publication reports that there are a number of reasons why consumers should proceed with caution when it comes to using the device.

Hacker House co-founder Matthew Hickey recently weighed in with details about the new device as he explained why it may be in consumers' best interest to stay away from the device.

According to the veteran cyber professional, the Freedom Phone appears to be an Android-like device likely manufactured in Asia — "the likes of which could be vulnerable to all assortment of supply chain risks and other issues."

"Based on photographs from the company website a number of Internet sleuths identified that the device has the same form-factor, shape, and appearance of a Umidigi A9 Pro," Hickey said in an email.

Hickey also noted how the name of the phone appears to contradict the phone's technical specs. According to Hickey, the "Freedom Phone" appears to be built on a central processing unit (CPU) from Taiwan that was manufactured by Mediatek. The CPU is described as "popular in low-end Android-based devices" which are more prone to glitches.

"Historically Mediatek devices have shipped with a wide number of insecure configurations and are prone to trivial vulnerabilities that allows anyone with physical possession of such a device to read/write the data on the phone through its early bootloader."

Hickey added, "They make phones specifically to permit high customization and as such many of the vendors own software [that] can be used to manipulate the devices, which is why such hardware is popular in countries like North Korea as often the security enabled by a user can simply be circumvented by a state operative."