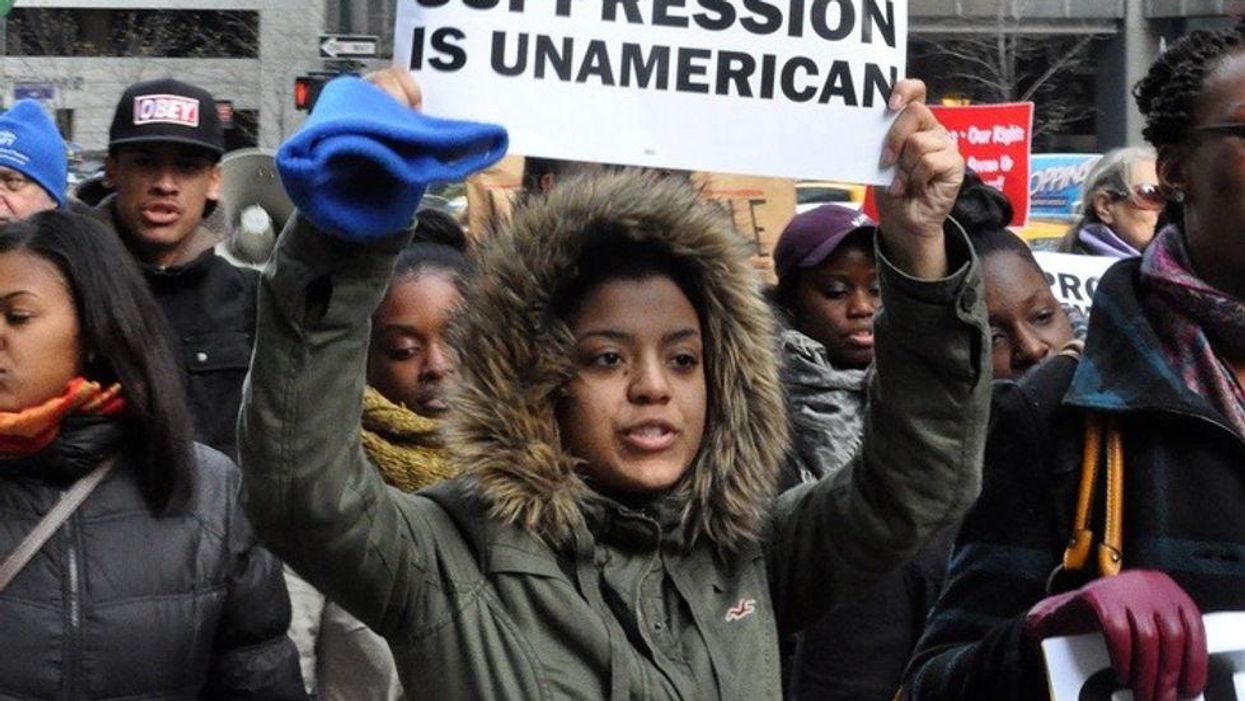 Voting rights advocates are faced with a slew of concerns about the future of democracy in Fulton County, Ga., as Republican lawmakers are aiming to hijack elections with their newly granted powers as a result of the controversial laws they have managed to pass.

According to the Atlanta Journal-Constitution, Republican lawmakers' efforts, which stem from former President Donald Trump's claims of unfounded voter fraud, to hijack elections have progressed at an accelerated pace. The publication reports that the state's new voting laws have also given them the ability to not only overhaul procedures but to also replace election officials following a performance review, likely one that will evaluate their handling of Trump's election loss.

"Under the new voting law that the Republican-controlled General Assembly passed this year, the State Election Board could replace a county's election board after a performance review, audit or investigation, giving a temporary superintendent full authority over vote counting, polling places and staffing."

But Democratic lawmakers are not having it. "If we really care about election integrity and keeping the process fair, we're going to remove it as far as possible from elected officials," said Sara Tindall Ghazal, the lone Democratic representative on the Fulton County election commission. "Certain parties in this state want to be in control of elections in 2022 when they're on the ballot, and elections should always be nonpartisan."

Maggie Goldman, a Johns Creek, Ga., real estate agent and candidate for the Fulton County Commission, also expressed concerns during a recent commission meeting. "What happens if this one single election superintendent refuses to certify any of Fulton's votes in future elections?" Goldman said. "That would truly be disenfranchising voters. And don't think it can't happen."

However, Republican lawmakers are still standing by their unfounded claims of voter fraud. But in State Sen. Brandon Beach's (R-Alpharetta, Ga.) case, although he supports efforts to make changes to the county's election systems, he believes more facts should be sought before the members of the election board are ousted.

Beach, who also supported Trump's election antics, claims the county has a reputation of running elections that are less than efficient. "It's a chronic problem. They have a history of not running efficient elections, and we need to get to the bottom of why this is," Beach said. "Fulton County elections on its best day is incompetent. We need to see how they can get their house in order."

Rep. Chuck Martin (R-Alpharetta, Ga.) also expressed similar sentiments. "All legal and procedural options are on the table if they don't do their job," said Martin. "That's not a threat. That's just good policy."