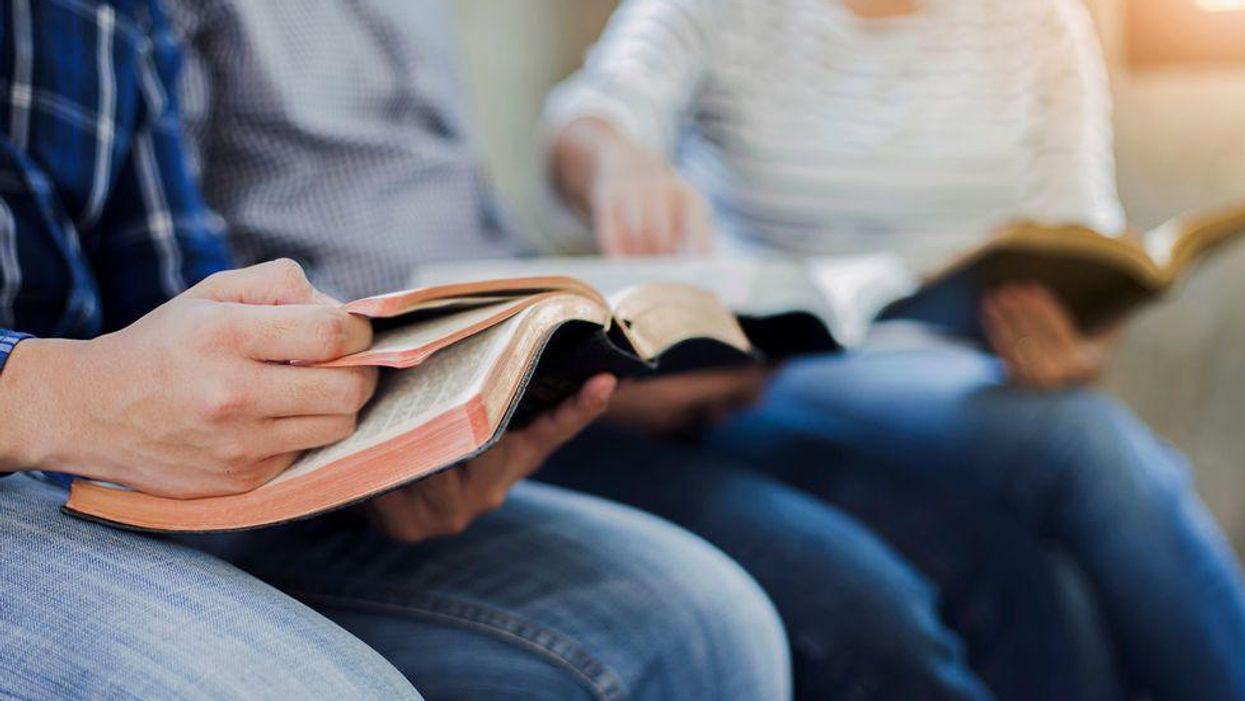 Image via Shutterstock>
An old debate over religion in school is opening up again as Trump signals support for teaching the Bible in classrooms
Valerie Tarico
July 11, 2021

Perhaps it's been years or even decades since you left biblical Christianity behind. You may have noticed long ago that there are human handprints all over the Good Book. It may have dawned on you that popular Christian versions of heaven would actually be hellish. You may have figured out that prayer works, if at all, at the margins of statistical significance—that Believers don't avoid illness or live longer than people who pray to other gods or none at all. You may have clued in that Christian morality isn't so hot and that other people have moral values too. (Shocking!) You may have decided that the God of the Bible is a jerk—or worse.

But some habits of thought are hard to break. It is a lot easier to shed the contents of Christian fundamentalism than its psychological structure.

Here are ten mental patterns that trip up many ex-Christians even when we think we've done the work of moving on. None of these are unique to former Christians, but they are reinforced by Bible-belief and Christian culture, which can make them particularly challenging for recovering believers.

In the real world, growth is gnarly. It happens in fits and starts, with forward leaps and sideways turns and backward skids and times of stasis. Change is rarely linear. Flip-flopping often serves truth-seeking. Certitude is rarely a virtue. We seldom know where we are headed. Nonetheless, sometimes we can look back and say with confidence, Not that. I may not know exactly what is true and right and real, but there are some things I can rule out.

I often find myself quoting one former Bible believer who made a comment but left no name: I would rather live with unanswered questions than unquestioned answers. Embracing uncertainty about the future and the big questions frees us to live more in the small delights of the near and present—a nest of blue jays, a hug, the smell of butter on toast. That may be as good as it gets.

Valerie Tarico is a psychologist and writer in Seattle, Washington. She is the author of Trusting Doubt: A Former Evangelical Looks at Old Beliefs in a New Light and Deas and Other Imaginings. Her articles about religion, reproductive health, and the role of women in society have been featured at sites including The Huffington Post, Salon, The Independent, Quillette, Free Inquiry, The Humanist, AlterNet, Raw Story, Grist, Jezebel, and the Institute for Ethics and Emerging Technologies. Subscribe at ValerieTarico.com.