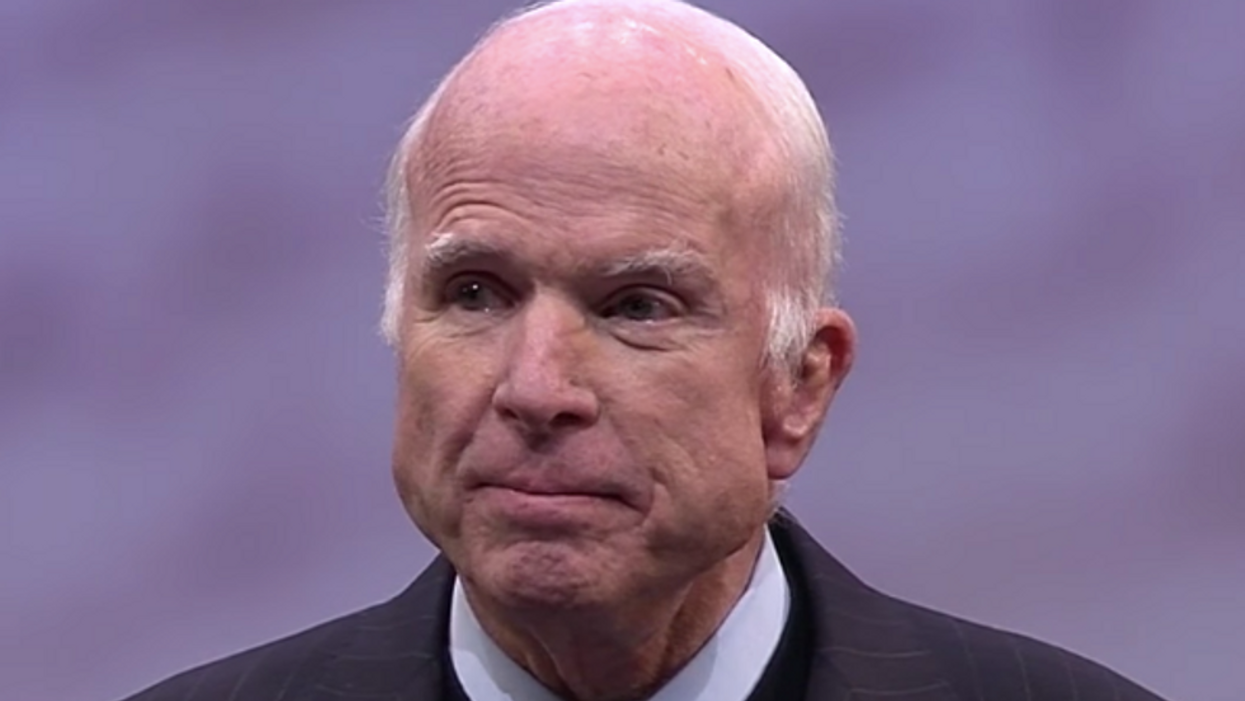 Here's What We Can Learn from John McCain's Civic Vulnerability
Alex Henderson
July 16, 2021

Although MSNBC has a liberal slant, some of its hosts have very conservative backgrounds — including "Morning Joe" host Joe Scarborough (a former GOP congressman) and Nicolle Wallace, who served as White House communications director under President George W. Bush and was a senior adviser to the late Sen. John McCain's 2008 presidential campaign. But the 49-year-old Wallace is a scathing critic of former President Donald Trump, and she slams the modern-day GOP as a hotbed of Trumpist authoritarianism in an op-ed published by MSNBC's website on July 16.

Wallace, who hosts MSNBC's weekday afternoon show "Deadline: White House," warns, "I never thought I'd cover the demise of democracy in my own country, but here we are…. The attack on our democracy, spearheaded by the ex-president and enabled by the GOP, represents the greatest threat since 9/11."

The former Bush official and McCain adviser goes on to say that in one sense, the United States is facing a more perilous national security threat in 2021 than it did after al-Qaeda terrorists attacked the World Trade Center and the Pentagon on September 11, 2001. There were no prominent Republicans or Democrats defending al-Qaeda after 9/11, Wallace argues — whereas apologists for the bloody January 6, 2021 assault on the U.S. Capitol Building by Trump supporters are plentiful in the Republican Party.

"After 9/11," Wallace explains, "no one called the hijackers 'normal tourists.' No one denied the horror. The fight against domestic violent extremism in our military, law enforcement and communities may be the most fraught counterterrorism effort in modern history. Untangling it from right-wing disinformation and propaganda will require constant vigilance."

Wallace, a native of Orange County, California — which was a hotbed of conservative GOP politics back when California was still a red state — believes that the contempt for democracy within the modern Republican Party goes way beyond Trump. Between the January 6 insurrection, the refusal of many Republicans to accept the 2020 election results, the Big Lie and "voter suppression laws masquerading as election integrity measures," Wallace believes that a party she was active in for decades has taken a dangerously authoritarian turn.

"The story of our times is understanding how one of the two major political parties became addicted to the same disinformation and anti-democratic practices it once rebuked in foreign countries and why its base has so eagerly embraced this disastrous pivot," Wallace writes. "Under normal circumstances, I'd say that the voters will determine whether we continue to live in a democracy or head down the 'other' path being charted by the GOP. But with a massive surge in voter restriction laws in the works, many of which include changes to how the votes are counted and who does the counting, even that sounds like wishful thinking."