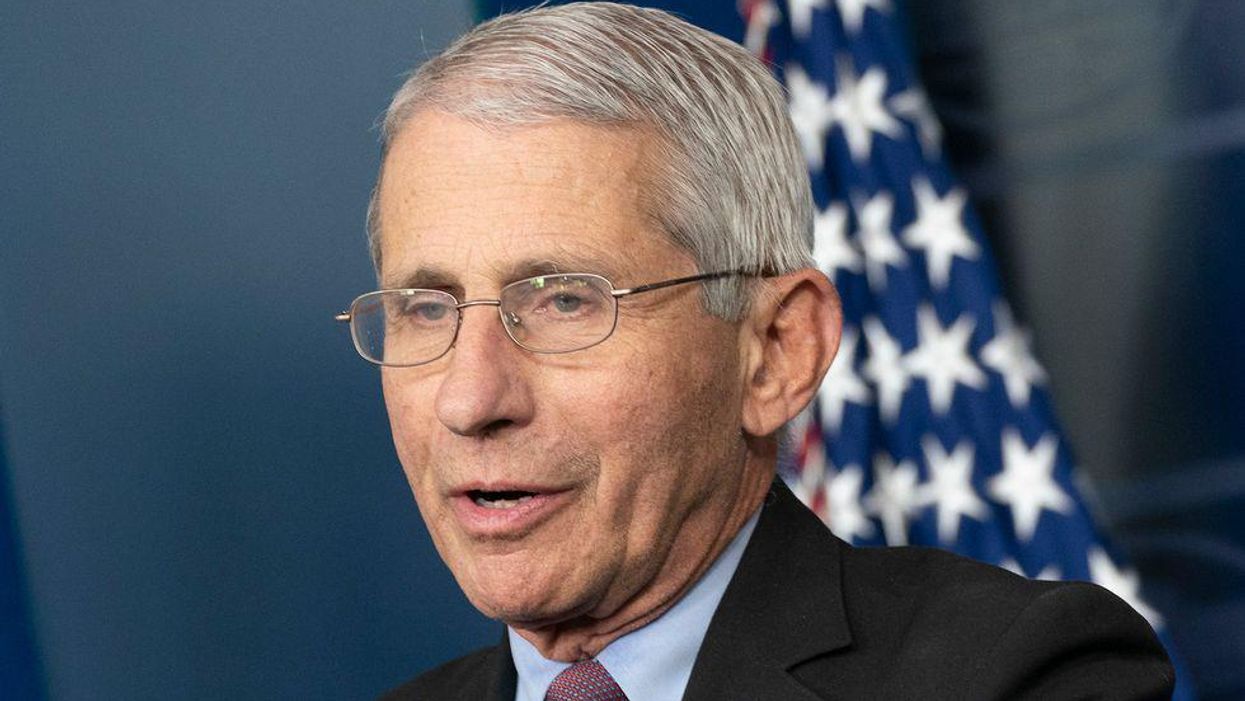 Dr. Anthony Fauci, the nation's top infectious disease expert, expressed horror on Sunday over a crowd at a conservative gathering this past week celebrating the federal government's inability to meet its vaccination goals.

"It's horrifying," Fauci told host CNN's Jake Tapper in an interview. "I mean, they are cheering about someone saying that it's a good thing for people not to try and save their lives."

Fauci's comments come in response to a speech made by Alex Berenson, a former New York Times reporter who acquired a reputation last year for scaremongering over the safety of the vaccine and disputing the value of taking basic public health precautions.

"The government was hoping that they could sort of sucker 90 percent of the population into getting vaccinated," Berenson said cheerily at the Conservative Political Action Conference on Saturday. "And it isn't happening."

"I mean, it's ideological rigidity, I think," he added. "There's no reason not to get vaccinated."

Tapper later pressed the doctor on concerns over a federal vaccine mandate – a policy floated last week by former Health and Human Services Secretary Kathleen Sebelius for schools and businesses. Fauci acknowledged that he would support the policy, saying: "I have been of this opinion, and I remain of that opinion, that I do believe at the local level, Jake, there should be more mandates. There really should be."

Just under half of all Americans are vaccinated according to the Centers for Disease Control. Of all COVID-related deaths in June, 99% were among people who were unvaccinated.

"If you're not vaccinated, you should be concerned," Fauci said on Sunday in another interview on ABC's "This Week."

He added: "We know from extensive experience, not only in our own country, here in the United States, but in other countries, that the vaccines that we are using work extremely well against the Delta variant, particularly in preventing advanced disease that would lead to hospitalization and likely death in some circumstances."

A number of studies and analyses have found that vaccine hesitancy is disproportionately present amongst conservatives. Back in March, a PBS NewsHour/NPR/Marist poll found that the plurality of those who intend to refuse the COVID-19 vaccine are Republican men. A New York Times analysis similarly found that the "willingness to receive a vaccine and actual vaccination rates to date were lower, on average, in counties where a majority of residents voted to re-elect former President Donald J. Trump in 2020."

Over the past several months, vaccine hesitancy has no doubt been buttressed by the reckless rhetoric of high-profile right-wing pundits who've cast doubt on the efficacy of the vaccine and argued that President Biden's vaccine rollout portends a slide toward authoritarianism. As Salon reported last week, a whole host of Republican politicians and far-right pundits spread the erroneous notion that Biden health officials were gearing up to go "door-to-door" to compel Americans to be vaccinated against their will. A number of these conservatives compared Biden's vaccine rollout to Nazi Germany, suggesting that the administration is trying to enact a kind of authoritarian regime under the auspices of public health.