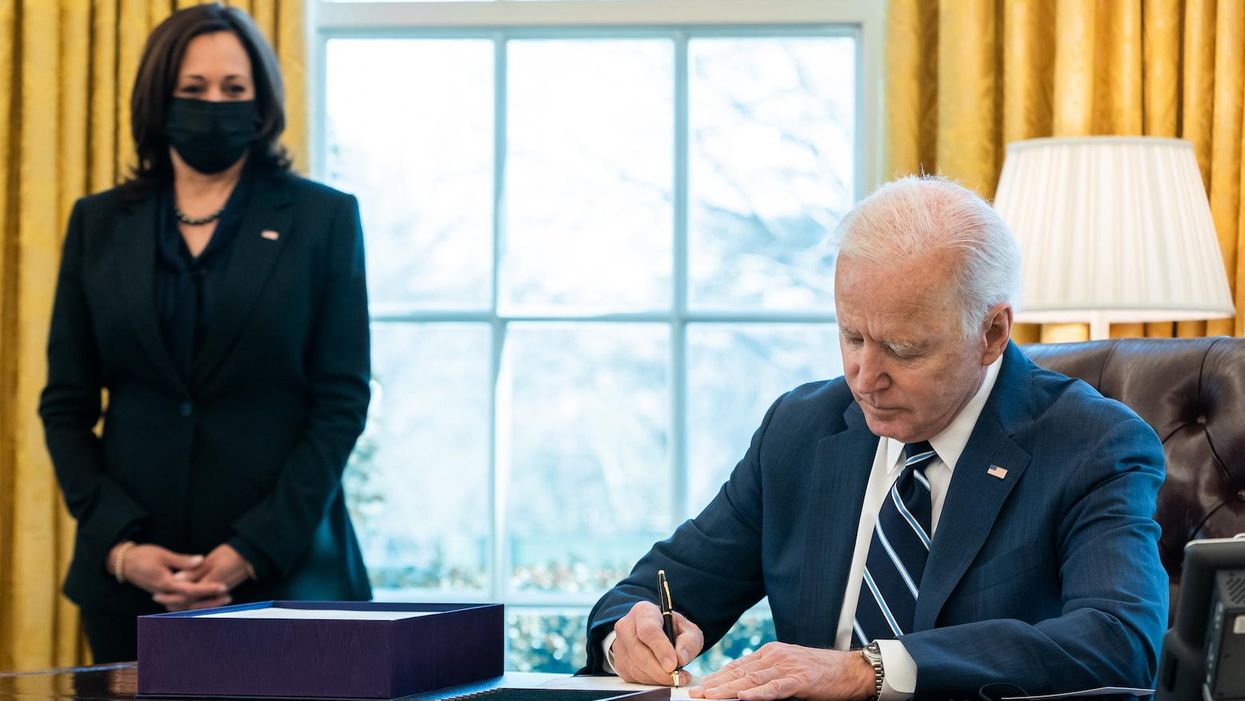 A provision of the American Rescue Plan Act of 2021 reserves $5 billion for farmers of color. This set-aside was immediately criticized by conservative pundits and right-wing media, and derided as racist because white farmers were not eligible for the aid.

But before society can progress to that point, we must break through the myth of colorblindness. It does not make us blind to race. It makes us blind to racism.

The bill
The American Rescue Plan was signed into law March 11. There are two parts reserving aid to Black farmers and farmers of color. The larger portion that provides $4 billion in debt-relief is explicitly reserved for "Black, indigenous, and farmers of color" who have United States Department of Agriculture (USDA) farm loans. One billion dollars is reserved for training and technical assistance to that same class of farmers.

United States Senator Cory Booker, of New Jersey, a supporter of the bill, said of the bill that the USDA "should now take this first step toward addressing the agency's history of discrimination by quickly implementing the law that Congress passed and moving forward without delay to pay off in full all direct and guaranteed loans of Black farmers and other socially disadvantaged farmers." White farmers are not eligible.

The backlash
The bill has gotten backlash from a variety of places. One is from banks. They say debt-relief will cut into their profits. The strongest pushback, however, has come from white farmers. On June 10, Milwaukee District Judge William Griesbach issued a temporary restraining order in response to a lawsuit filed by the Wisconsin Institute for Law and Liberty, a conservative law firm, on behalf of a dozen white farmers.

The blindness
Since the end of the civil rights movement, Americans—especially white Americans—have been indoctrinated into the myth of colorblindness. It goes something like this:

But this is a myth.

First, there is a welter of evidence from across the social sciences showing that although we say we are colorblind, we still see and act on race. The same group that says, "I don't care if the person is white, black, yellow, or green," also cares about dating choices, friendship networks, and where they live and send their kids to school.

Second, it is law, policy and institutions negatively impacting groups that are the root of racism in America today, not individual interactions between bigots and victims.

When I describe a more scholarly understanding of racism that is not focused on individuals, I am accused of changing the definition of racism. But scholars of race shifted their focus away from single Bull Connors starting in the 1970s. They have demonstrated in a variety of ways that what produces the racial inequalities we see today is best understood through law and policy that disproportionately impacts the quality of life and wealth accumulation of people of color, especially Black Americans.

As an example, while much of the public has focused their attention on Derek Chauvin, the former Minneapolis police officer who murdered George Floyd, most scholars would focus on the policies that allow law enforcement officials to have so much contact with Black and brown people, and act so aggressively with impunity.

The bind
Colorblindness is aspirational and has value, but it's removed from reality. It does not stop people from being blind to race. It does, however, blind them from seeing racism.

Even if a person says they don't see color, they see the associations between skin color and wealth, skin color and health, and skin color and crime. But because most people think racism must come from individual bigots, that person is blind to the wider social forces at play that produced those associations. This leads to the rejection of anti-racist policies aimed at institutions and policies. They are seen as "reverse racism" when they are meant to deal with racism already occurring or the effects of past racism.

The myth of colorblindness binds not just white Americans but all Americans to our racist past. We cannot address the effects of past racism and current racism that are ingrained into our institutions and policies if we do not open our eyes and "see" race.

We need to be color-conscious.

Color-conscious, not colorblind
Mekela Panditharatne describes the history of racial discrimination by the USDA and its anemic attempts at righting past wrongs. In 1982 and 1997, the USDA found evidence of discrimination towards farmers of color. She wrote that in 1997, the agency concluded that Black farmers and farmers of color were subjected to "arbitrary loan delays, reductions and even approvals of loan funds that never reached their destinations. The result was significant losses of land and income for these groups." A class-action lawsuit awarded damages to Black family farms but it was a small sum.

Panditharatne goes on to explain how the Reagan administration closed down the civil rights arm of the USDA for a time. During the George W. Bush administration, one claim out of 14,000 was deemed meritorious. Just one. The argument could be made that the indifference shown by these Republican administrations was party ideology of reducing the role of government in everyday life. But the Obama administration, according to Panditharatne, was little better at handling discrimination claims.

The myth of colorblindness binds us across ideologies as well as to our racist history. Most Americans, from Democrat to Republican, will say: "If everybody says they don't see color and no one is using racial slurs, then how can there be racism?"

A better understanding
Racism occurs at a system-wide level. The mistreatment of farmers was not about one or two bigoted officials screwing over a handful of Black farmers. An entire class was mistreated by a government agency, disadvantaging them in an entire sector of the economy. Individuals charged with adjudicating claims of discrimination needn't raise the bar so high there needs to be a David Duke in every loan office. If a farmer can show that he or she owns a farm or was bequeathed a farm when it was shown that the USDA mistreated farmers of color, then he or she should be eligible for farm aid.

We shouldn't think of the aid as being awarded because they are farmers of color. We shouldn't see the aid as given because the farmers are in need. We should see the loan forgiveness and other funds available through the USDA as awarded because an entire class of people has been discriminated against by that agency. This is what makes white farmers ineligible—there's simply no evidence they were discriminated against.