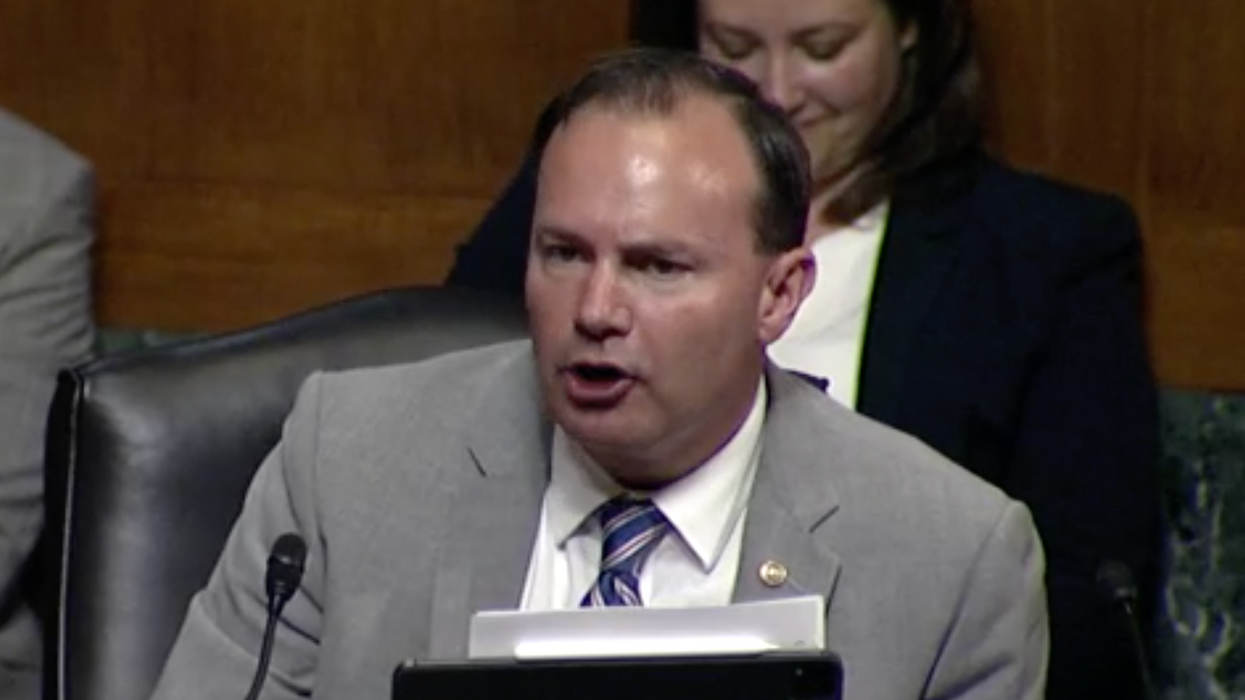 On July 14, election law expert Rick Hasen was among the people who testified during a Senate Judiciary Committee hearing on voting rights. Hasen has been critical of right-wing U.S. Supreme Court Justice Samuel Alito's ruling on voting rights in the case Brnovich v. the Democratic National Committee. And when Republican Sen. Mike Lee of Utah took exception to his criticism of Alito and demanded an apology, Hasen doubled down on his views.

Democratic Sen. Alex Padilla of California, questioning Hasen, noted that Alito considers himself a champion of "textualist judicial philosophy" but argued that when he wrote the majority opinion in Brnovich, Alito "abandoned textualism altogether" because his opinion was "divorced" from the intent of the Voting Rights Act of 1965. And Hasen agreed with Padilla, saying that Justice Elena Kagan's dissent in Brnovich was more "textualist" than Alito because she considered that law's intent.

Hasen said of the Brnovich ruling, "This opinion abandons textualism. They came up with these guideposts that have absolutely no connection to the text of the statute or even to precedent, which is something that textualists will often look to…. What Justice Alito did was smoke and mirrors."

Lee, however, had a hissyfit following Hasen's testimony, saying he was "stunned" to hear someone say that Alito abandoned textualism in order to defend "reprehensible voting practices." The Utah Republican ranted that Hasen's intent was to "assail one of the finest justices to ever serve."

Don't come in here say and that you think [Alito] is using [the ruling] as a veneer, as a pretext, to getting away with something reprehensible. That's not fair! That's not accurate. You cheapen this entire process when you do that! I hope that those who made that suggestion will apologize and retract what they say. Because it it's wrong! Not just factually incorrect, but it's morally wrong! Don't do that. That's not what happened. You know that's not what happened." Lee declared. "The arguments that we've just heard about Justice Alito are patently wrong and unfair."

But when Hasen testified some more, he didn't back down in his views on Alito — reiterating that the High Court justice and George W. Bush appointee disregarded textualism in Brnovich.

Voting rights activists have been vehemently critical of the High Court's Brnovich ruling. In an official statement on the decision, LaTosha Brown and Cliff Albright — the co-founders of Black Voters Matter — said, "The Court's decision in Brnovich v. DNC is not only dangerous; it's a political attack on voting rights. Today's ruling, which allows states to make discriminatory rule changes in our elections as long as they can argue that they didn't intend to discriminate, guts a key section of the Voting Rights Act of 1965 and sets the stage for yet another wave of Jim Crow-era voter restrictions."