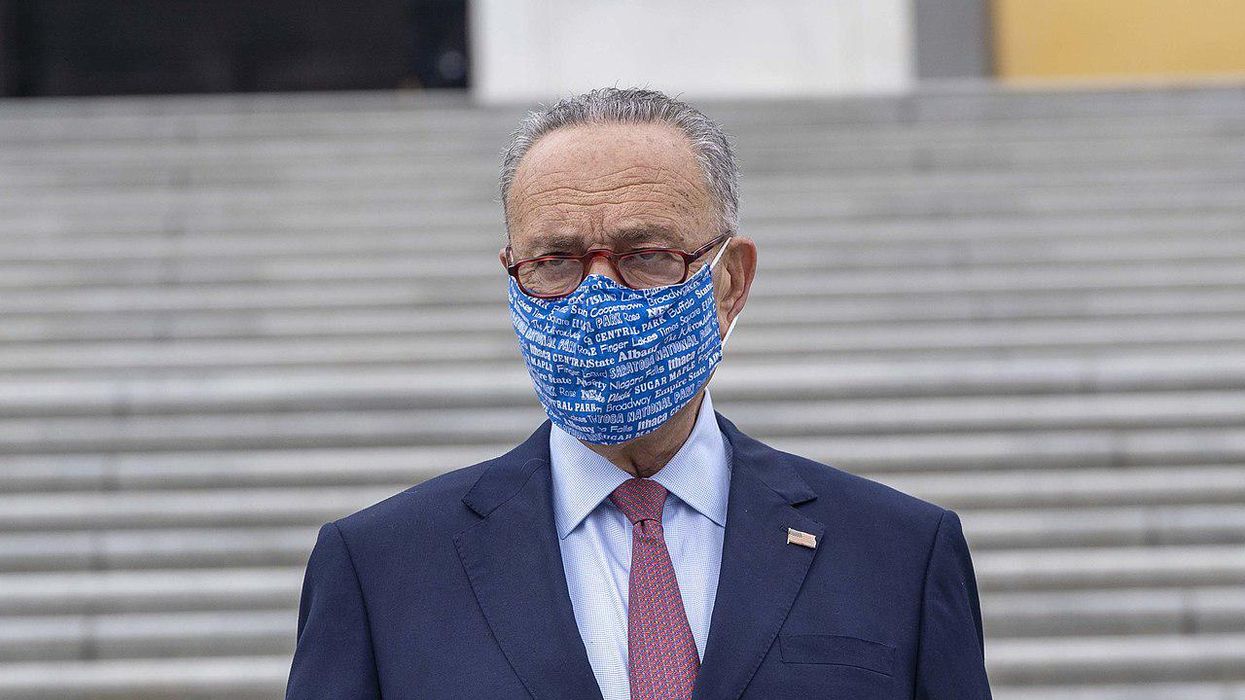 It remains to be seen what type of infrastructure package is ultimately passed by the U.S. Senate and makes its way to President Joe Biden's desk for signature. Some of the more progressive Democrats are hoping for a comprehensive bill that could be passed on reconciliation — assuming that centrists like Sen. Kyrsten Sinema of Arizona and Sen. Joe Manchin of West Virginia vote for it — while Biden has been negotiating with a bipartisan group of senators on a less ambitious bill. Liberal Washington Post opinion writer Greg Sargent, this week in his column, analyzes the infrastructure debates that have been taking place — and warns that too much Democratic infighting over infrastructure may harm Biden's "Build Back Better" agenda.

Under the rules of the filibuster, most bills need at least 60 votes to pass in the U.S. Senate. Democrats presently have a narrow Senate majority, but not a 60-vote majority. An exception to the filibuster is bills that have some type of budgetary element; such bills can be passed with a simple majority if they go through the process known as "budget reconciliation." Bypassing the filibuster, the American Rescue Plan Act of 2021 passed via reconciliation even though no Republicans voted in favor for it.

Some Republicans, Sargent notes, are having a temper tantrum because some of the more liberal or progressive Democrats are talking about the possibility of trying to get an infrastructure bill passed through reconciliation. As far as those Republicans are concerned, it shouldn't even be discussed.

Sargent explains, "CNN reports that GOP senators are expressing new anger at Democrats for working on a 'human infrastructure' bill to pass the Senate via a simple-majority reconciliation vote, alongside the 'hard' infrastructure bill a bipartisan group of senators is negotiating. Republicans are threatening to tank the bipartisan measure, but there is zero basis for this supposed outrage…. Plainly, Republicans are trying to bait Democrats into infighting that scuttles their agenda, which would be political suicide."

But Sargent argues that Senate Democrats should keep their options open when it comes to infrastructure bills, and that includes one that could possibly be passed via reconciliation.

Sargent emphasizes that Senate Minority Leader Mitch McConnell's #1 goal is "to ensure Biden fails" — and Democrats must not fall into his trap.

"The reconciliation bill includes an extension of the child tax credit, which is getting plaudits as truly revolutionary policy that will cut child poverty nearly in half," Sargent writes. "It includes huge investments in alternative energy, which may be Biden's last chance to pass a far-reaching climate agenda, even as the problem grows more dire. The bottom line is that the reconciliation bill is the Biden agenda. Democrats can't let Republicans break their unity. Failing here would be a catastrophe."