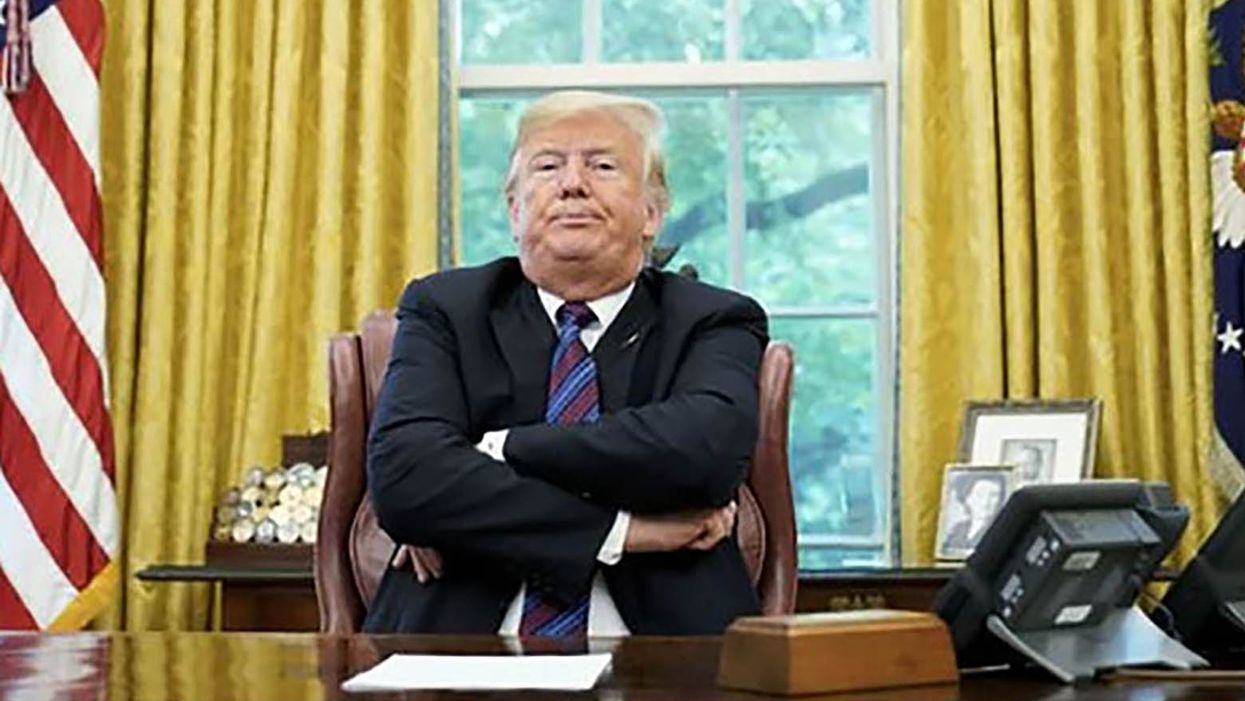 Last week in a federal court in his adopted state of Florida, former President Donald Trump filed a civil lawsuit against three major tech companies: Facebook, Twitter and YouTube, claiming that all them of them have violated the 1st Amendment rights he enjoys under the United States Constitution. Law professor Kimberly Wehle, in an article published by the conservative website The Bulwark on July 14, explains why Trump's "frivolous lawsuits" have absolutely no merit.

Following the January 6 assault on the U.S. Capitol Building — an insurrectionist attack that Trump incited, according to House Speaker Nancy Pelosi, arch-conservative Rep. Liz Cheney of Wyoming and others who voted to impeach him — Trump's Twitter and Facebook accounts were suspended. And his YouTube channel was suspended as well.

Wehle, who teaches law at the University of Baltimore and is a former assistant federal prosecutor, explains, "Given his utter ignorance about the U.S. Constitution, it remains shocking that Donald Trump was — as recently as half a year ago! — charged with preserving, protecting and defending it. The latest evidence of his appalling constitutional ignorance comes in the form of a series of frivolous lawsuits that reveal an embarrassingly distorted understanding of our national charter. At least this legal mess has one silver lining: It's an opportunity for another mini-lesson in basic civics."

Trump's lawsuit argues that Twitter, Facebook and YouTube have "accumulated an unprecedented concentration of power, market share, and ability to dictate our nation's public discourse" and have "increasingly engaged in impermissible censorship." But as Wehle stresses, the 1st Amendment of the U.S. Constitution protects free speech from the government, not private companies.

The conservative law professor notes, "Buried in Trump's class-action complaints is a tacit acknowledgement that Trump has no 1st Amendment claim against private companies unless he can show that the defendants are 'state actor(s)' whose actions can be legally tied to the government itself. 'In censoring the specific speech at issue in this lawsuit and deplatforming Plaintiff,' his lawyers allege, the tech companies 'were acting in concert with federal officials, including officials at the CDC and the (Biden) White House.'"

Wehle points out that "there is such a thing in the law as the state action doctrine, which — as I've explained in my academic scholarship — 'asks whether private parties should be treated as government actors susceptible to liability for violations of individual constitutional rights.'"

"Courts tend to overwhelmingly reject state action claims because the standard requires evidence of the government's compulsion of, control over, or participation in a private party's actions, which is very hard to prove," Wehle observes. "In other words, Trump needs to show that the likes of (Facebook CEO) Mark Zuckerberg were virtually compelled by the federal government to ban Trump from their platforms. Somewhat inconveniently, Facebook's initial Trump ban occurred on January 7, 2021, when Trump was still president. So, he appears to be arguing that his own administration controlled Facebook, YouTube, and Twitter to such a degree that those companies should be treated as the government itself for purposes of Trump's 1st Amendment lawsuits against them."

Describing Trump's lawsuits and Harvard law professor Alan Dershowitz's defense of them as "silliness" that is "enough to make your head spin," Wehle predicts that the lawsuits "will likely be dismissed."

"If you want to see a real threat to our constitutional system," Wehle writes, "just review the ignominious record of Trump's presidency and his abuses of power. Far more than the actions of the tech firms struggling with decisions about moderation on their platforms, the Trump model of governing — and the possibility of his returning to office — is the real menace to our Constitution."