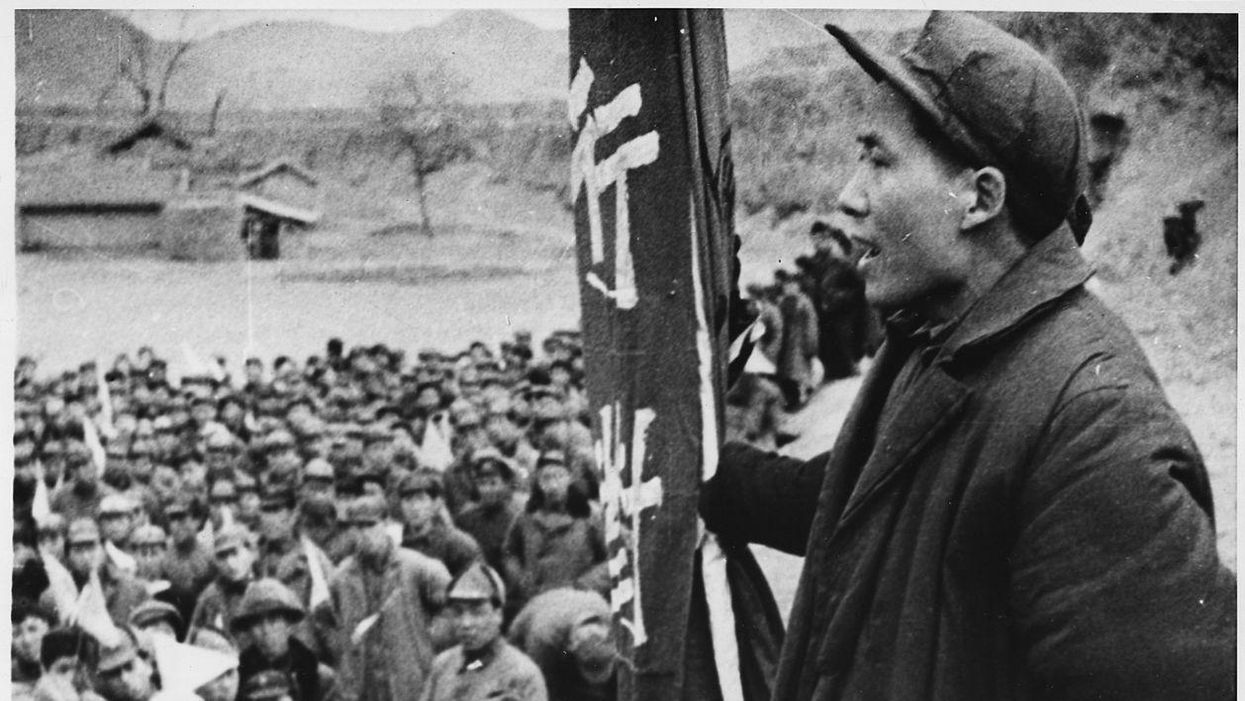 When then-President Donald Trump called for mandatory "patriotic education" for all U.S. students in September 2020, Susan Rice (former national security adviser under the Obama Administration) slammed his authoritarian idea as profoundly unamerican and told CNN's Erin Burnett, "I thought I was listening to Mao Tse Tung running Communist China." Rice, however, isn't the only one who sees parallels between Trumpism and the regime in Beijing. Never Trump conservative Max Boot, in a scathing Washington Post column published on July 5, argues that the Republican push to abolish the teaching of "critical race theory" in public schools and replace it with "patriotic education" is exactly the type of thing the Chinese Communist Party would do.

"Woe to any person in China who challenges the official version of the past; that is a crime for which you can be sent to prison," Boot explains. "The United States is different. We are a free country where nothing is off-limits. We can talk about the good, the bad and the ugly. Can't we? Yes, we can — but Republicans are doing their level best to change that. How ironic that the GOP, which claims to be the 'tough on China' party, wants to make America more like China. As the party of white America, Republicans seek their own political legitimacy from history by trying to minimize the impact of racism."

Critical race theory — which argues that in the United States, the racism of the past continues to have an impact on the institutions of today — has become a source of hysteria in the Republican Party and right-wing media. Far-right pundits at Fox News claim CRT is an attack on white Americans in general, which, of course, it isn't.

"In the guise of fighting 'critical race theory,' Republican legislators in 22 states want to outlaw the teaching of certain interpretations of U.S. history," Boot writes. "Such laws have already passed in five states — Idaho, Iowa, Oklahoma, Texas and Tennessee — while the Florida Board of Education has enacted its own ban. Taken together, this is the most far-reaching assault on academic freedom since the McCarthy era in the 1950s."

Boot continues, "The Texas law prohibits teaching that 'the advent of slavery.… constituted the true founding of the United States,' as originally argued in the New York Times's Pulitzer Prize-winning '1619 Project.' The Florida guidelines prohibit teaching 'that racism is embedded in American society and its legal systems in order to uphold the supremacy of White persons.' The Tennessee law prohibits teaching that 'the rule of law does not exist, but instead, is a series of power relationships and struggles among racial or other groups.' These bills are probably unconstitutional. They're definitely unamerican."

Boot, who supported now-President Joe Biden in the 2020 election, has often said that one needn't be a liberal to believe in liberal democracy. Boot himself is conservative, right-wing and vehemently pro-U.S. But in his column, the Never Trumper stresses that patriotism doesn't mean that one has to pretend that the evils of the past didn't exist.

"You can agree or disagree with the ideas that arouse the ire of the right," Boot writes. "For what it's worth, I agree that 'racism is embedded in American society,' but I disagree that the arrival of the first African slaves marked the country's 'true founding' — a claim that was eventually stripped from 'the 1619 Project.' But you should not have the government telling schools that certain ideas are so dangerous they cannot be mentioned in a classroom. That's what happens in China and other authoritarian countries."

Boot wraps up his column by warning that the more the Republicans of 2021 try to shut down debate and engage in thought policing, the more they look like the authoritarian government in Beijing.

"The essence of America is that we have free speech — and therefore, the right to critically examine our own society," Boot emphasizes. "This is, in fact, one of our greatest advantages over China. Because the Chinese Communist Party won't acknowledge its past evils, it is doomed to repeat them. By contrast, we can admit our misdeeds, learn from them and do better in the future. We should celebrate that freedom rather than undermine it in the name of 'patriotism.'"