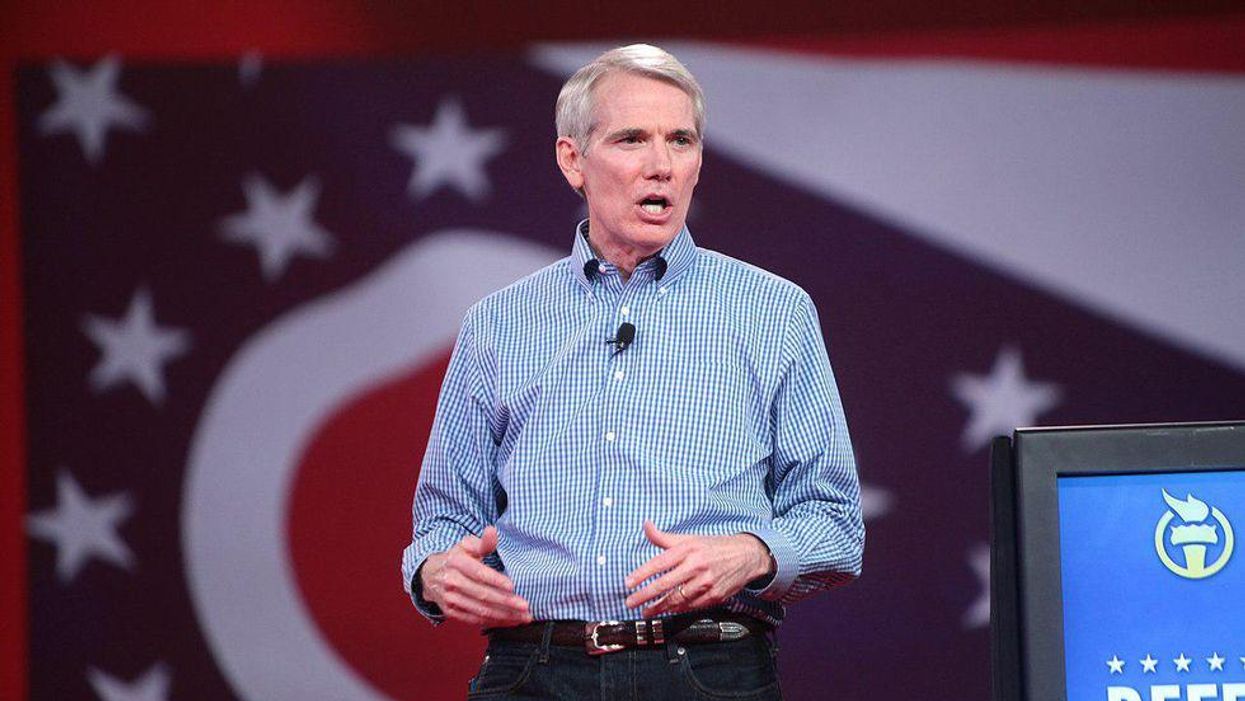 Under pressure from well-heeled conservative advocacy organizations and donors, Republican senators have removed funding for IRS enforcement from an emerging bipartisan infrastructure plan, threatening to tank a proposed crackdown on rich tax cheats.

Sen. Rob Portman (R-Ohio), part of the 22-member bipartisan group that's rushing to hash out the details of the infrastructure bill ahead of a key procedural vote this week, confirmed Sunday that the IRS provision has been removed due to right-wing "pushback." Portman also complained that Democratic lawmakers are working to provide the IRS with more funding in their forthcoming reconciliation package, which can pass without Republican support.

The scrapped provision would have increased the IRS budget—a frequent target of GOP cuts in recent years—by $40 billion over the next decade to help the agency combat tax dodging, which is depriving the federal government of trillions of dollars in revenue. An analysis released earlier this year by academics and IRS researchers estimated that 36% of unpaid federal income taxes are owed by the top 1%.

Due to persistent funding shortages and inadequate staffing, the IRS now audits poor Americans at roughly the same rate as the wealthy, who often use complex strategies to avoid paying taxes. Big businesses are also taking advantage of the depleted IRS; the agency now audits just half of all large company tax returns, allowing corporations to claim unwarranted tax breaks.

"The decision to exclude the IRS provision means lawmakers will have to scramble to replace it to complete the infrastructure package before a midweek deadline, and it casts new uncertainty over the talks," the Wall Street Journal reported Sunday.

It's unsurprising that Republicans are not enthusiastic about boosting IRS funding, given that their party is responsible for the 20% decline in the agency's budget between 2010 and 2018.

The decision to strip the proposed IRS funding from the list of pay-fors in the bipartisan infrastructure package came after conservative advocacy organizations pressured Republicans to oppose the provision. As the Washington Post reported earlier this month, a coalition of right-wing groups including the Committee to Unleash Prosperity, FreedomWorks, the Conservative Action Project, and the Leadership Institute warned Republican lawmakers not to "negotiate with the White House unless they agree to 'no additional funding for the Internal Revenue Service.'"

"The groups leading the opposition to the IRS budget increase include those that have received funds from major conservative donors, including the Mercer Family Foundation, the Sarah Scaife Foundation, and Donors Trust, a donor-advised fund that gives to conservative and libertarian causes," the Post noted. "One signatory of the letter, Phil Kerpen of American Commitment, worked for five years at Americans for Prosperity, the main political arm of the influential Koch network."

Democratic lawmakers are expected to pursue IRS funding in their multitrillion-dollar reconciliation package, but it's not yet clear how much—and their effort could run up against arcane budget reconciliation rules.

As part of his original safety net expansion plan, President Joe Biden called for $80 billion in additional IRS funding, a proposal that the White House said would bring in roughly $700 billion in revenue over a decade.

Some Democrats, including Khanna, have demanded more. As part of his Stop Corporations and Higher Earners From Avoiding Taxes and Enforce Rules Strictly (CHEATERS) Act, the California Democrat has proposed investing $100 billion in the IRS over ten years.

"We know our tax system is broken, and it's long past time we start fixing it," Khanna said earlier this year.