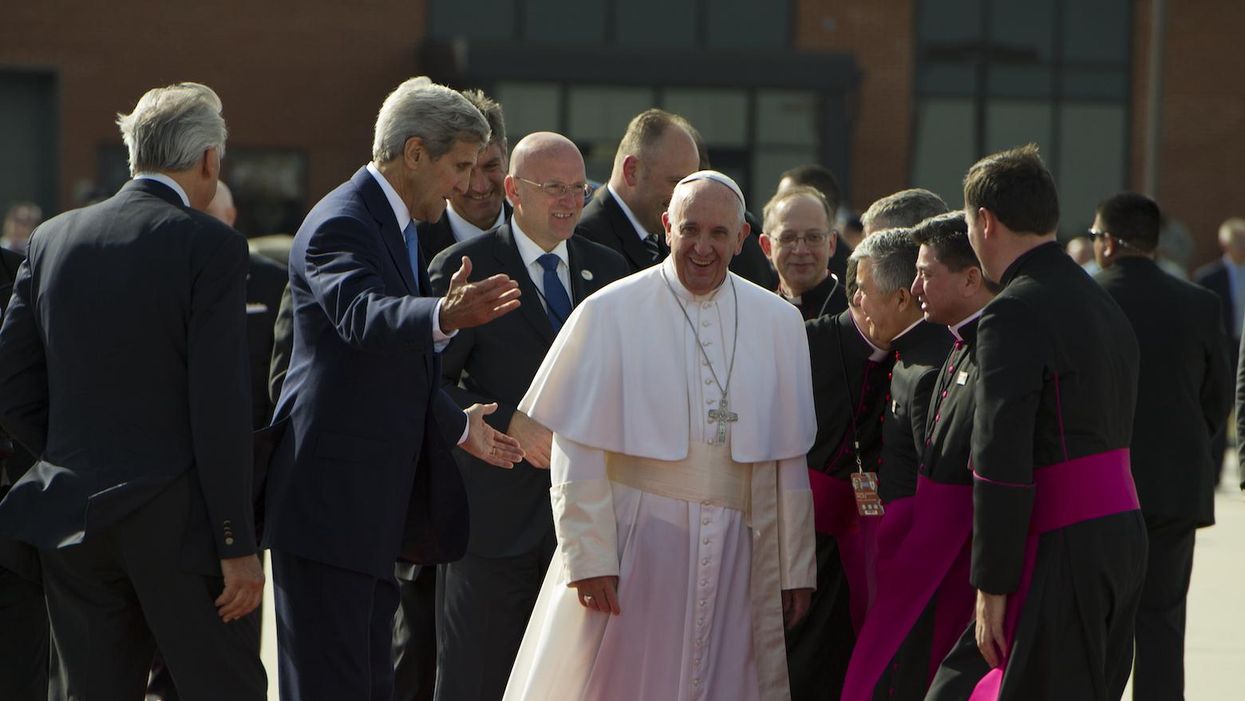 A top-ranking cardinal, fired by Pope Francis back in September 2020, is now one of 10 individuals who have been indicted by the Vatican on a number of charges including money laundering and embezzlement of the Papal Foundation charity fund.

According to The Daily Beast, Cardinal Giovanni Angelo Becciu, the former secretary of state for the Vatican, is said to have helped his biological brothers with a real estate transaction at the expense of his spiritual brothers.

Sloane Square in London, the 100-apartment unit property at the center of the indictment, is said to have been "purchased through creative accounting that siphoned some of the pope's charity fund without the pope's approval." The publication reports that some of the units were reportedly used by clergy for their personal rendezvous.

In hopes of getting to the bottom of the situation, Pope Francis had the Vatican's financial oversight offices raided in Rome. He also tapped an anti-mafia prosecutor to further investigate the alleged charity fund theft scheme.

In addition to Becciu, the 487-page indictment also names the brokers who secured the business deal and details a number of a allegations against four companies.

Becciu's latest indictment follows previous accusations about him allegedly funneling an estimated $800,000 of the pope's charity funding to "buy false testimony against Cardinal George Pell who was convicted and later acquitted of sexually abusing choir boys in Australia," the publication reports.