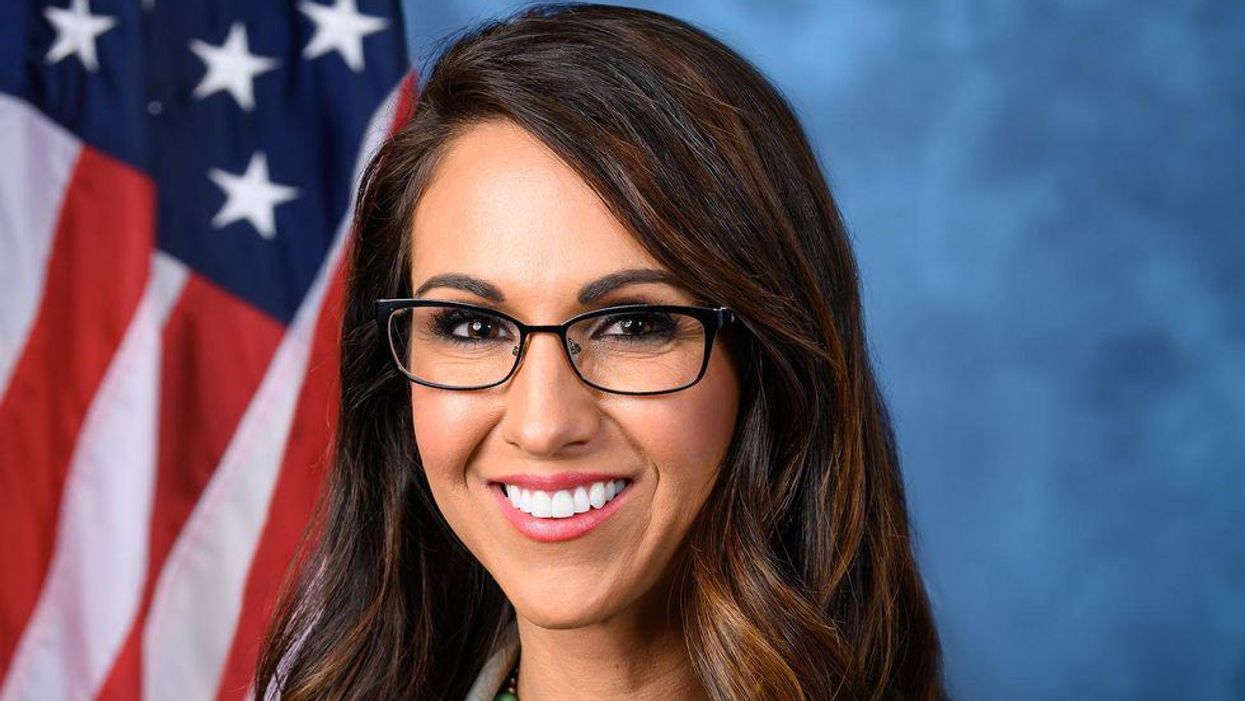 Anthony Aguero, a far-right YouTuber and ally of Rep. Marjorie Taylor Greene, was reportedly among the group at the U.S. Capitol riot on Jan. 6, though at this point he has not been charged with any crime related to the insurrection. And his proximity to the shocking attack, apparently, isn't preventing some House other Republicans from associating with him. According to CNN reporters Andrew Kaczynski, Em Steck and Drew Myers, Aguero "accompanied Republican members of Congress" on a visit to the U.S./Mexico border earlier this week and served as a translator for them.

"During his livestream of the Tuesday visit," the CNN journalists explain, "Aguero interviewed and chatted with Reps. Tom. Tiffany of Wisconsin, Lauren Boebert of Colorado, Madison Cawthorn of North Carolina, Chris Jacobs of New York, Michael Cloud of Texas, John Rose of Tennessee, Ronny Jackson of Texas and Mary Miller of Illinois."

Aguero and the House Republicans were in Texas on the U.S. side of the border.

Aguero, during the livestream, also said that the U.S. Border Patrol was "herding" people crossing the border into a particular location and saying, "We're about to catch them all as they basically come out of the woodworks."

Aguero gave a statement to CNN, saying, "I appreciate the congressmen and congresswomen that went out of their way to come to the border to see the crisis for themselves."

Kaczynski, Steck and Myers point out that CNN's KFile "previously reported that Aguero went into the Capitol during the January 6 riot and cheered and justified the break-in."

The CNN reporters note, "Aguero has not been charged for unlawful entry at the US Capitol on January 6. After chanting 'heave-ho' as rioters attempted to break in, he entered the Capitol Rotunda and later chanted 'our house' on the Capitol steps. In a livestream one day after the Capitol riot, he attacked those who condemned the ransacking of the Capitol. The FBI previously declined to comment on whether it was investigating Aguero in an e-mail to CNN."

In February, CNN's Erin Burnett reported that Aguero has "worked closely with" Greene on "causes like immigration and the border."

In 2020, Aguero ran in a GOP primary in Texas for a seat in the U.S. House of Representatives but lost.