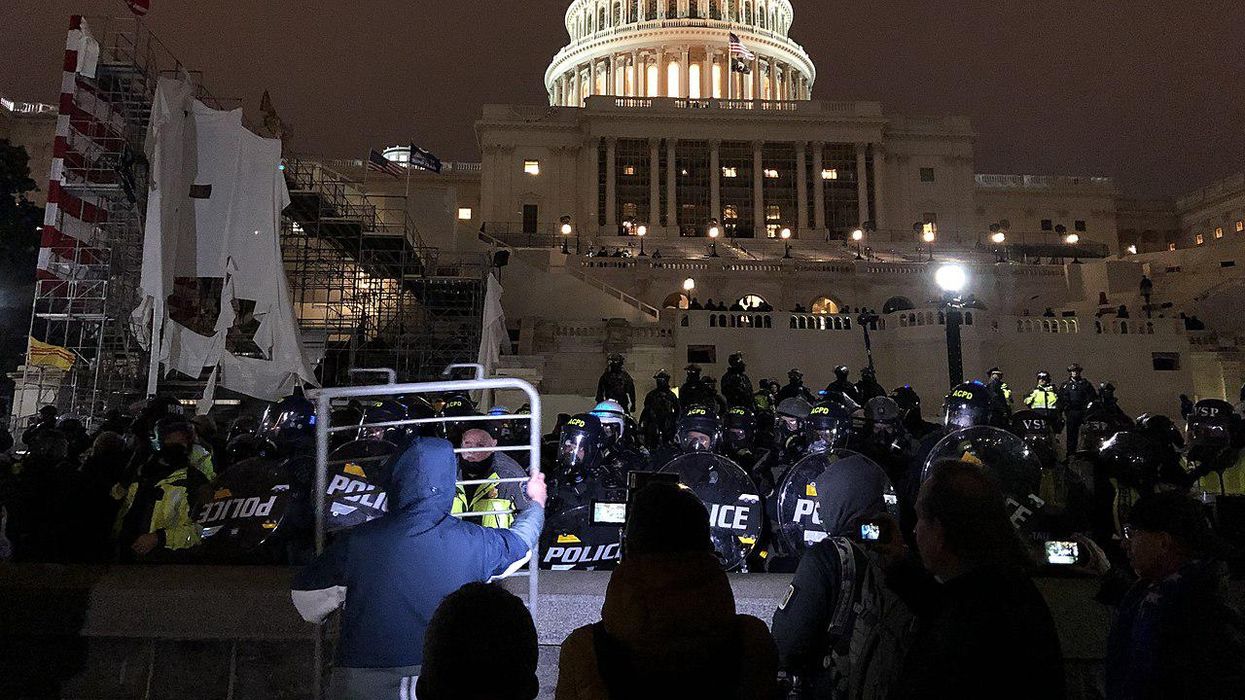 Daniel Goodwyn, a freelance web developer and self-described "Proud Boy" who was arrested earlier this year for his alleged role in the January 6 assault on the U.S. Capitol Building, is continuing to battle charges of entering a restricted building and planning to interrupt government business. And this week, there has been considerable tension between Goodwyn and the judge in the case, Reggie Walton — as well as between Walton and Goodwyn's attorney, J. Daniel Hull.

HuffPost's Ryan J. Reilly, in a Twitter thread, reports that Walton was clearly annoyed with Hull's conduct during a pre-trial hearing this week:

This hearing is very quickly going off the rails. Defense attorney sounded out of breath and continued talking over… https://t.co/XEd8RNaAgB
— Ryan J. Reilly (@Ryan J. Reilly) 1627663501.0

Walton told Reilly, "You're supposed to be a respected member of the bar."

The judge, according to Reilly, was also losing his patience with Hull's client during the hearing. Goodwyn, a far-right anti-vaxxer, is opposed to wearing masks and refuses to get vaccinated for COVID-19 — and Walton chastised Goodwyn for endangering people who work in pre-trial services.

Walton told Hull, "At some point…. he's going to be in the courtroom here in Washington, and he's going to have to have some way of protecting himself."

The judge noted that people in pre-trial services have a difficult job, telling Goodwyn, "We have a virus that is killing people. Why is it so hard to wear a mask?" — to which Goodwyn responded, "It stresses me out."

When Goodwyn told Walton that he doesn't believe masks reduce transmission of COVID-19, the judge snapped, "When did you go to medical school, sir? Do you have a medical degree?

The judge also warned that Goodwyn's refusal to wear a mask could result in additional charges: