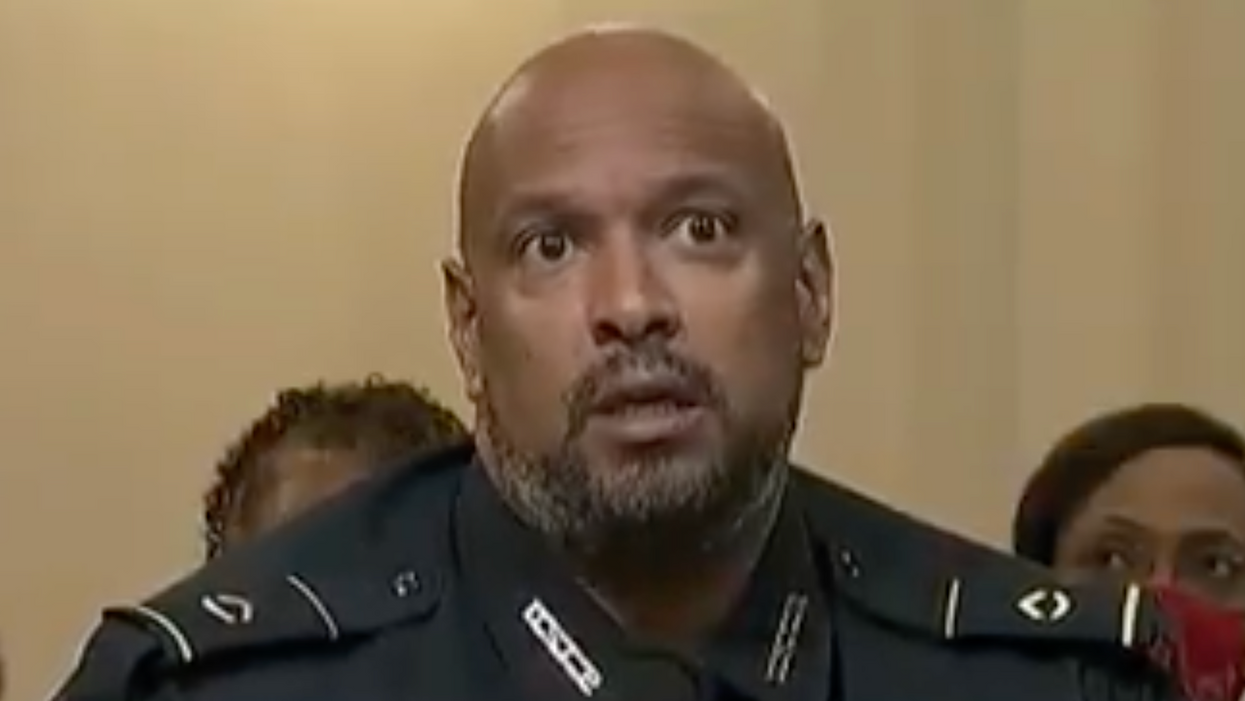 Officer Harry Dunn of the U.S. Capitol Police told a special House committee on Tuesday that a "hitman" sent the mob that invaded the halls of Congress on January 6—a clear reference to former President Donald Trump, whose lies about the 2020 election helped fuel the insurrection led by his supporters.

"There was an attack carried out on January 6th, and a hitman sent them," Dunn, who responded to the mob assault on the Capitol earlier this year, said in his testimony during the first hearing of the House Select Committee to Investigate the January 6th Attack.

"I want you to get to the bottom of that," Dunn told members of the committee.

Dunn was one of four law enforcement officers who testified during Tuesday's hearing, offering first-hand accounts of the violent scene on January 6. In his opening statement, Dunn said the right-wing attackers shouted racist slurs and abuse at him as they attempted to storm the Capitol Building.

Michael Fanone of the Washington, D.C. Metropolitan Police Department testified that the insurrectionists repeatedly tased and beat him.

"I was at risk of being stripped of and killed with my own firearm as I heard chants of 'kill him with his own gun,'" Fanone said. "I can still hear those words in my head today."

Fanone went on to blast Republican members of Congress and others who are still "downplaying or outright denying" what happened on January 6. In May, Rep. Andrew Clyde (R-Ga.) infamously said the events of January 6 were indistinguishable from "a normal tourist visit" to the Capitol.

"I feel like I went to hell and back to protect them and the people in this room," said Fanone. "But too many are now telling me that hell doesn't exist, or that hell actually wasn't that bad."

A House select committee formed to investigate the January 6 insurrection by a violent mob of former President Donald Trump's supporters is set to hold its first hearing Tuesday morning, beginning with the testimony of four police officers who were on duty during the attack on the U.S. Capitol.

"Over six months later now, it's past time for the public to receive answers on the insurrection, and for those who stoked it to be held to account," progressive advocacy group Win Without War tweeted shortly before the hearing began.