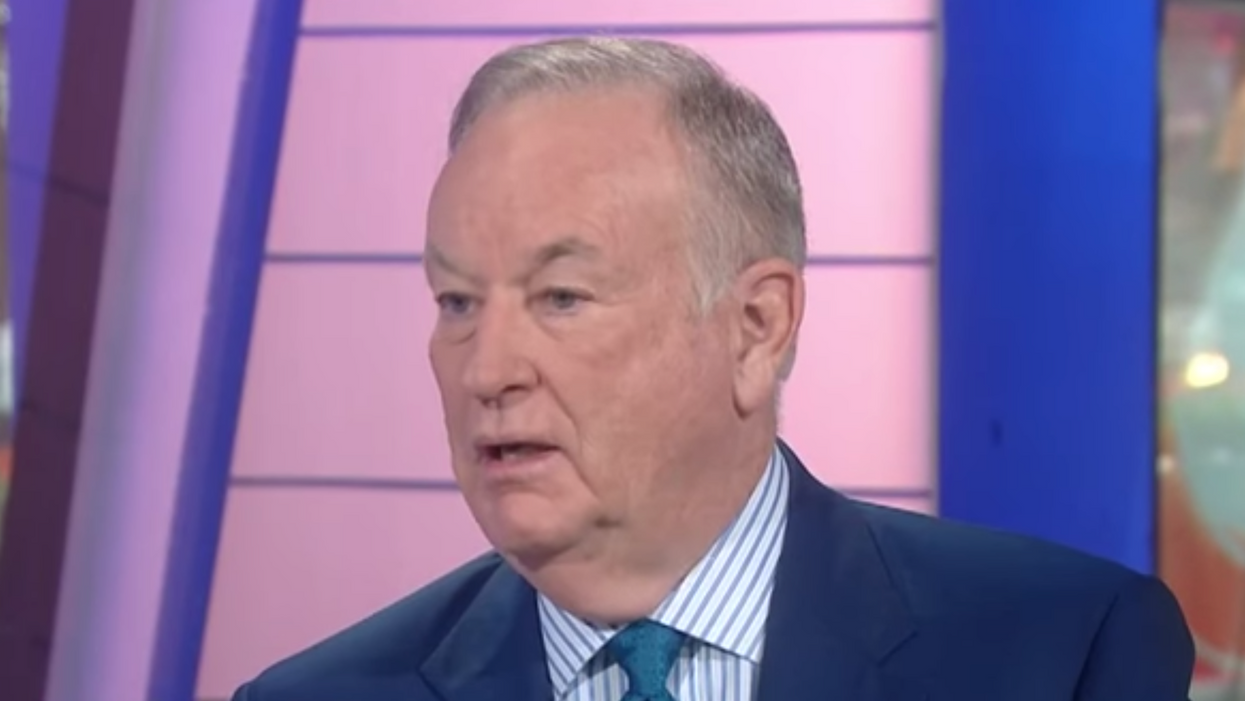 Andrea Mackis, the Fox News producer who accused former Fox pundit Bill O'Reilly of four years of sexual harassment, opened up about her experiences on Tuesday to The Daily Beast, revealing a much fuller picture of both the her abuse and tumultous settlement process.

"I'm going to make you play," O'Reilly once told Mackris.

"Here was my boss," Mackris said in the interview. "A man who held my career and future in his hands, acknowledging that he knew I'd never consented but he didn't care."

Back in 2017, O'Reilly was fired over numerous accounts of sexual harassment against various female producers and hosts. The allegations came just a year after Fox News' late founder Roger Ailes was accused by host Gretchen Carlson – in addition to over a dozen female employees – of a years-long pattern of sexual harassment. Mackris' allegations against O'Reilly date back to 2004, when the producer was 33.

Perhaps most revealing in her interview is Mackris' account of her acrimonious settlement process involving lawyers for Fox, O'Reilly, News Corp – as well as her own attorney, David Ratner.

In one instance, Ratner told Mackris, who initially refused to sign a settlement agreement: "No one believes you, and you'll never be hired again, and if you walk out of this room like this, no other lawyers will work with you. You didn't hire us to go to trial, you hired us to make him stop."

Ratner, she said, "was yelling because I was yelling back at him that Bill wasn't a victim."

She added: "I was saying, 'I'm not doing this, I'm not doing this. I'll walk out. No, I'm not signing.' I was sobbing and screaming. I couldn't comprehend what was happening—that Fox heard the tapes and was doing nothing. I was in full-blown PTSD. I wasn't in my body. I was shaking from head to toe and crying uncontrollably."

Ratner, for his part, disputed Mackris' account to the Beast, saying that "no one" was yelling in the negotiation process. "I am distressed that Andrea's memory is so faulty," the lawyer added.

At the time, O'Reilly had claimed that he was the victim of baseless accusations that Mackris had used to "extort him out of $60 million in hush money," the Beast noted.

As part of her NDA, which led to a $9 million settlement agreement, O'Reilly was allowed to make his case to Fox's audience. "This brutal ordeal is now officially over, and I will never speak of it again," he said in a broadcast. "This matter has caused enormous pain, but I had to protect my family, and I did. All I can say to you is please do not believe everything you hear and read."

O'Reilly's litigation counsel told Beast that Mackris eventually "issued a public statement in 2004 in which she stated that 'there was no wrongdoing whatsoever by Mr. O'Reilly.'"

"I didn't release a statement, he did," Mackris disputed. "It was part of the NDA on October 28, 2004. I had no choice, no way out. He uses it to abuse me. That same document says Bill won't breach, which he's done over and over, calling me a liar. It cuts both ways."

Mackris, who had to leave her post as part of the agreement, detailed to the Beast that she has since the ordeal lived a life of "quiet desperation," struggling to shake off the trauma of both the abuse and reconciliation.

"I may not get the past 17 years back," she said, "but there is one way I can retrieve my power from this storm of lies, loss, greed and grief. It's the same thing I did back in 2004 before Fox, Bill O'Reilly and their teams of willing executioners bound me to a contract that promises to ruin whatever is left of me if I dare do it again. Tell the truth. Walk free."