Bannon delivered an ominous warning on Jan. 6 – and it implicates Trump in the attack: legal expert 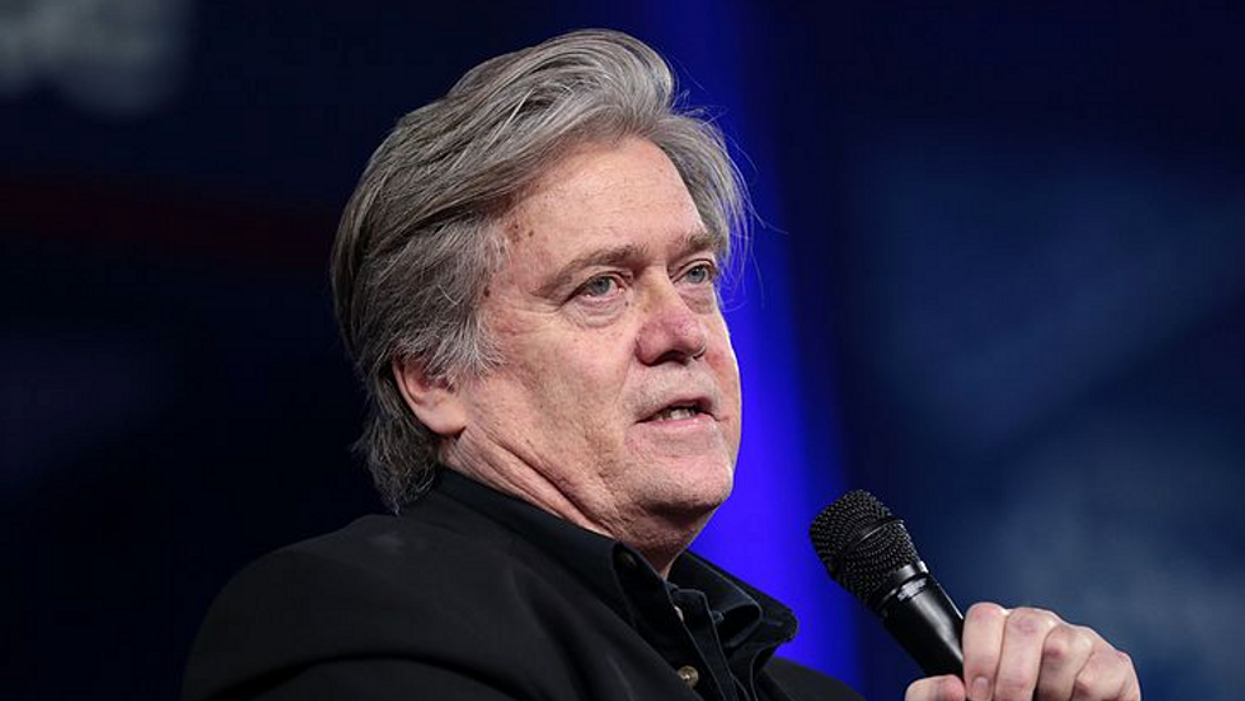 Harvard constitutional law professor Laurence Tribe tweeted Thursday about Steve Bannon warning that the Jan. 6 "rally" was going to be "hell." Bannon's comments are resurfacing as the congressional select committee begins its investigation into the Capitol attack.

Tribe claimed that if Bannon knew that it was going to be a "war" and "all hell is going to break loose," then President Donald Trump also knew what was going to happen.

Bannon was responding to Sen. Chuck Grassley's (R-IA) comment that Vice President Mike Pence would preside over the election certification. A previous report that day said that Grassley would be the one to do it and that Pence would not be there.

"It's the fog of war," Bannon added. "Keep focus on what's important."

Just before the rally, Bannon took to his show again, warning that he knew exactly when "some pretty controversial things would" begin happening.

"Today's not just a rally... at one o'clock that starts and there's going to be some pretty controversial things going on," Bannon said.

It raises the question: What did Trump know and when did he know it? In his book "Frankly, We Did Win This Election," Michael Bender indicates that Trump did know. He recalls a conversation Trump had with aides about whether they thought there would be violence.

"[Trump] asked if they thought the day would be peaceful," the book says.

"Everyone who comes to your rallies is peaceful," Judd Deere told Trump. "Your supporters love law enforcement. Unless they interact with protesters, I wouldn't suspect any problems with our folks."

Carol Leonnig and Phil Rucker's book "I Alone Can Fix It" also suggested that the Trump administration was aware of the possibility of impending violence.

"A Homeland Security operations chief said his agency had picked up chatter of some folks traveling to Washington with intent to do violence but concluded the overall threat from these protests wasn't significant," the book said.

As early as Dec. 30, the Washington Post was warning of the plans being made for the event.

"Threats of violence, ploys to smuggle guns into the District and calls to set up an 'armed encampment' on the Mall have proliferated in online chats about the Jan. 6 day of protest. The Proud Boys, members of armed right-wing groups, conspiracy theorists and white supremacists have pledged to attend," said the Post.

See some of the tweets below: