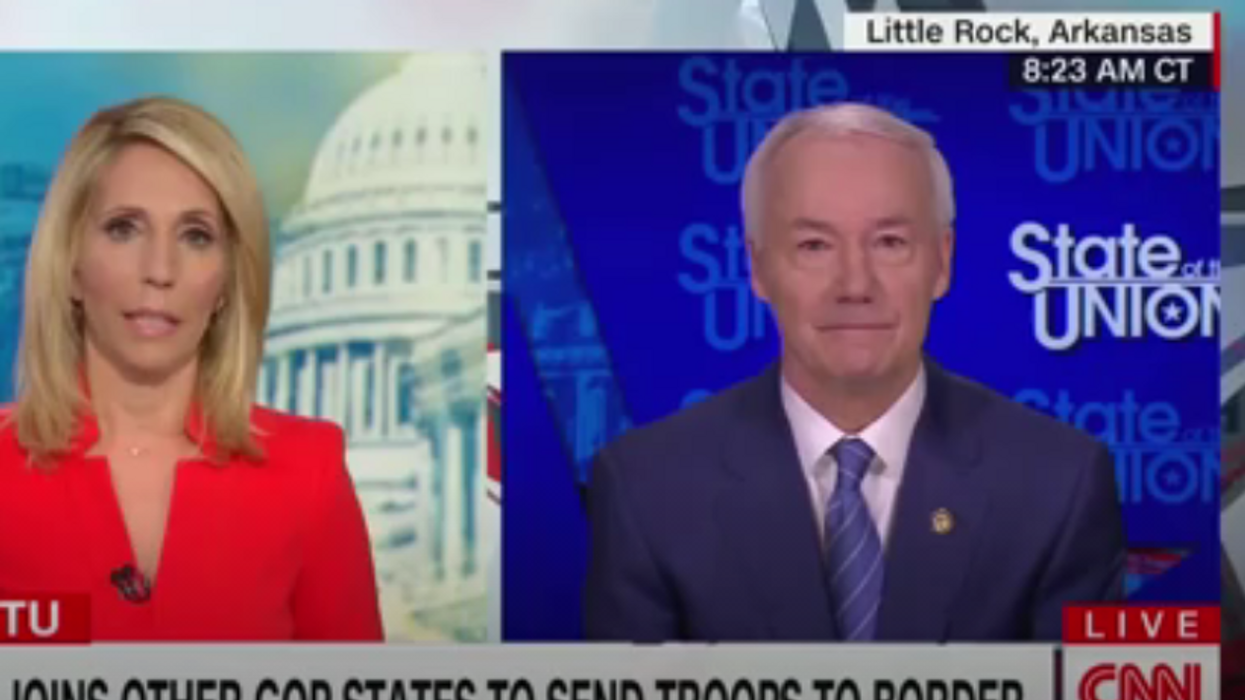 Arkansas Gov. Asa Hutchinson (R) on Sunday admitted that the use of private funding to deploy National Guard troops sets a "bad precedent."

On Sunday, July 4, Hutchinson appeared on CNN's "State of the Union" with host Dana Bash. During their discussion, he was asked about South Dakota Gov. Kristi Noem's (R) decision to use funds privately donated by Tennessee billionaire Willis Johnson so the state can deploy up to 50 South Dakota National Guard troops.

Noem's decision differs vastly from other governors as they chose to use taxpayer funding for troop deployment. So, Bash asked, "Would you use a political donation to send your troops to the border?"

Like Noem, Hutchinson also announced that he would be sending his state's National Guard troops to the southern border. However, he made it clear that he would not be using private funding to do so.

"Not for this purpose," Hutchinson replied. "This is a state function. It is something that we respond to other states in terms of disaster." The governor continued: "I would consider it a bad precedent to have it privately funded. Now, whenever you are looking at supplemental pay for some state employees, we use private foundation money, so it is not an across-the-board rule against that."

Upon giving the donation to the state, Johnson explained why he chose to do so. "South Dakota is a small state," Johnson told the news outlet. "They want to help America, I want to help them."

Hutchinson's appearance on CNN comes just days after Noem announced the deployment of her National Guardsmen troops. At the time, she said, "The border is a national security crisis that requires the kind of sustained response only the National Guard can provide."

She added, "We should not be making our own communities less safe by sending our police or Highway Patrol to fix a long-term problem President Biden's Administration seems unable or unwilling to solve."