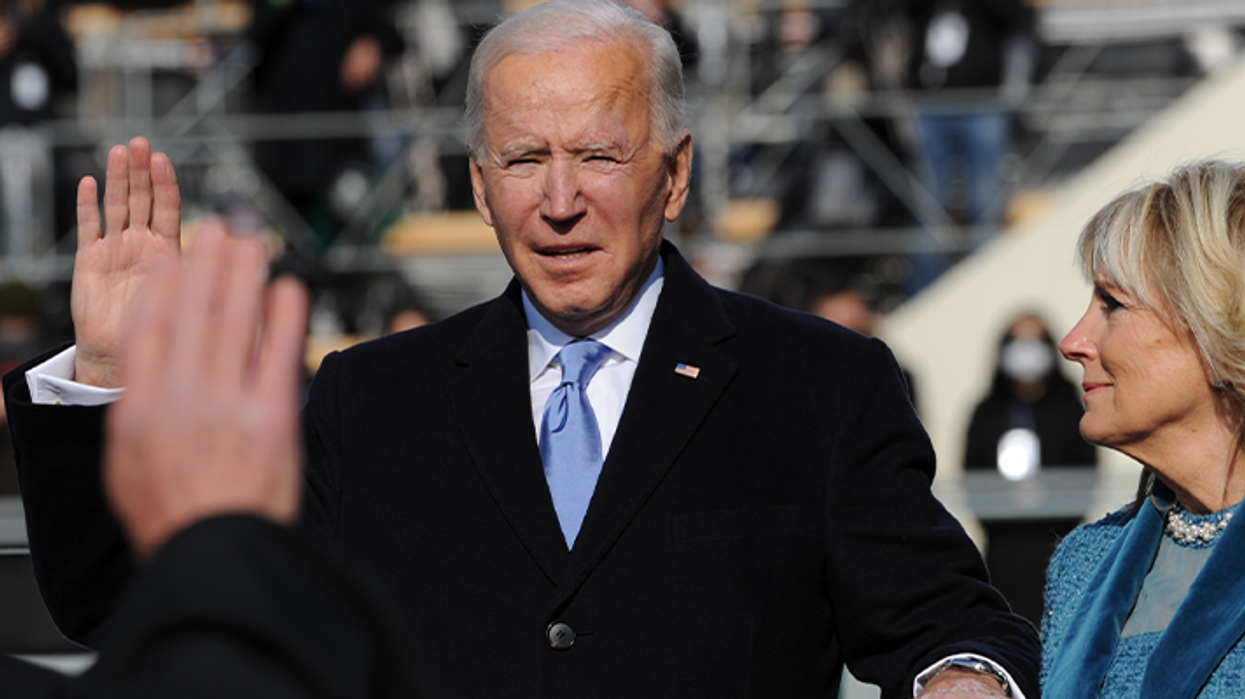 Almost six months have passed since Joe Biden was sworn in as president of the United States, and in red states, the GOP is are showing little or no desire to meet him halfway. Journalist Ed Pilkington, in an article published by The Guardian this week, emphasizes that Republicans in state legislatures have been responding to Biden's presidency by moving even more to the right — from voter suppression bills to anti-gay and anti-abortion bills.

"Republican-dominated legislatures have invested in hot-button social issues, aggressively targeting minority communities and other groups for attack," Pilkington explains. "At least 15 states have between them enacted 90 measures to restrict access to abortions — a record number. Thirty-three states have pumped out 250 anti-LGBTQ+ bills, and five have allowed firearms to be carried without a license in a major loosening of gun laws."

Pilkington adds, "The backlash so far this year has also involved virulent right-wing efforts to suppress the vote of Democratic-leaning demographics, especially people of color. In the first six months of the year, about 17 states have enacted 28 new laws that will restrict access to the ballot box, according to the Brennan Center, and more are certain to follow. The welter of voter suppression measures is not only striking in its own right, it is indicative of one of the great driving forces of this year's seismic eruption of toxic right-wing legislation."

Biden, Pilkington notes, isn't the first Democratic president to face a "backlash" from the right. The red wave of 1994 gave us former House Speaker Newt Gingrich's Contract With America during Bill Clinton's presidency; the 2010 red wave during President Barack Obama's first term found the Tea Party gaining considerable ground in Congress. But Pilkington argues that "the accent in 2021 on tampering with and tamping down the vote is a sharp departure from past form, both in its ferocity and in its extremism."

"The new trend is evident not just in attempts by states like Texas to erect additional hurdles to voting that especially affect African American and Latino communities," Pilkington observes. "Most sinisterly, bills have been introduced that would grant state lawmakers the power to overturn the legitimate will of the people in a contested presidential election. They would empower themselves to supplant their own winner — the electoral equivalent of a coup."

Hacker told The Guardian, "This is different. Republicans at state level have moved from pursuing conservative economic policies to pushing measures designed to cripple the opposition and undermine democracy. The Republican Party used to be anti-Democratic; now, it's anti-democratic."

In their upcoming book "Radical American Partisanship," Lilliana Mason (a political science expert at Johns Hopkins University in Baltimore) and Nathan Kalmoe found that 30% of Republican voters in the U.S. believe that physical violence will be justified if Democrats perform well in the 2024 election.

"Just after Biden became president-elect," Pilkington notes, "Mason held another survey of voters and was chastened by what she learned. Republicans who subscribed to the calumny that the election was stolen were far more likely to endorse violence to advance their political goals. If that's the view of a significant chunk of the American people, Biden has a job on his hands."